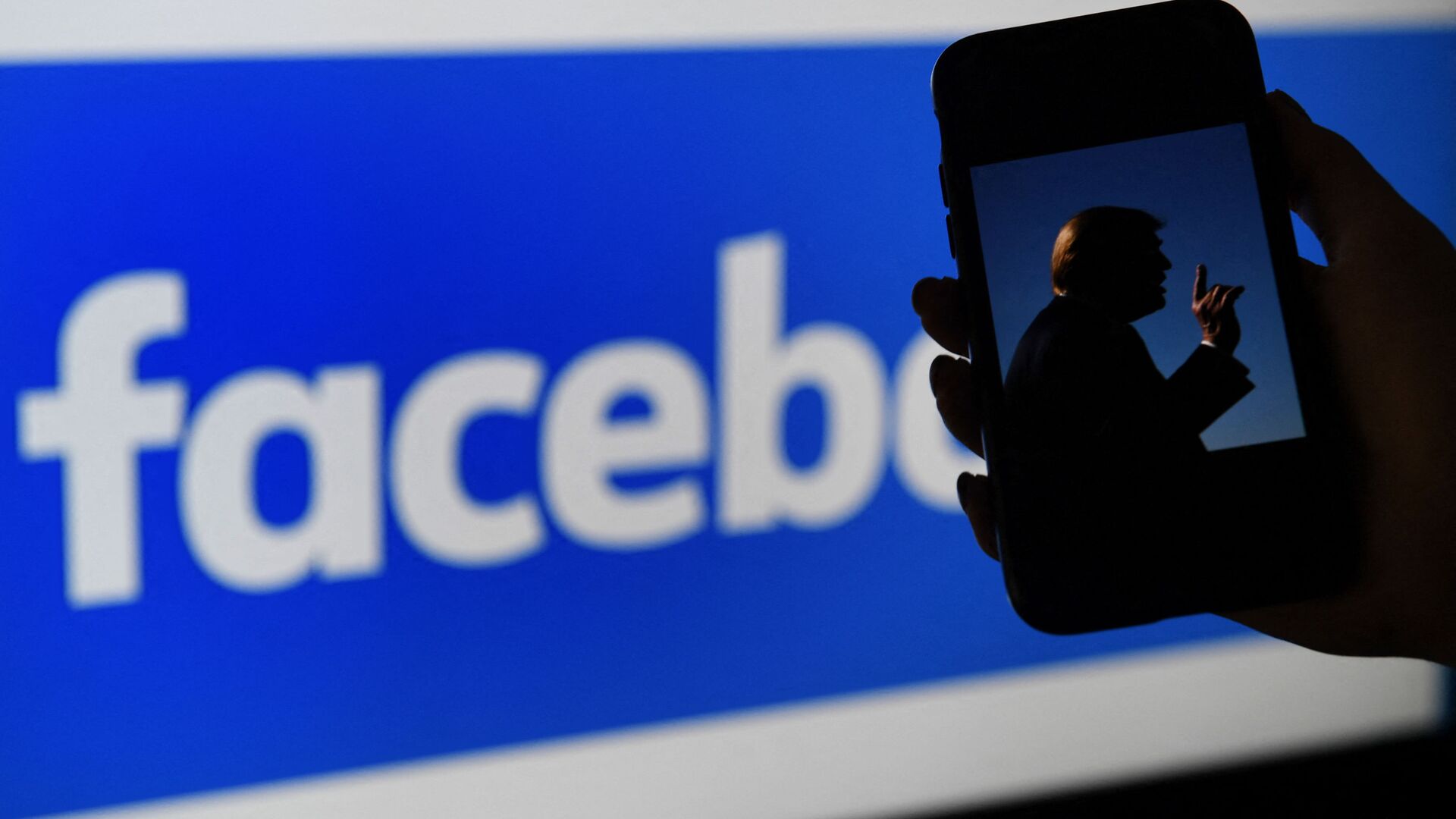 © AFP 2023 / OLIVIER DOULIERY
Subscribe
International
India
Africa
Henry Batyaev
All materialsWrite to the author
The Oversight Board stated earlier this week that it intended to announce the final verdict on Wednesday. Trump's account was indefinitely suspended in the aftermath of 6 January Capitol riot.

Facebook's Oversight Board has upheld the platform's decision to ban Donald Trump's account, according to a statement issued on Wednesday.

The board, however, found Facebook's decision of an indefinite suspension below the company's standards and urged the social media giant to review the decision and work out a proportionate response.

"Facebook must complete its review of this matter within six months of the date of this decision", the statement read.

According to the supervising body, Trump's posts on 6 January, both on Facebook and Instagram, breached the regulations of the platforms related to glorifying and encouraging violence.​

"At the time of Mr Trump’s posts, there was a clear, immediate risk of harm and his words of support for those involved in the riots legitimised their violent actions. As president, Mr Trump had a high level of influence. The reach of his posts was large, with 35 million followers on Facebook and 24 million on Instagram", the board said.

While the platform was not incorrect in suspending the former president's account, the "indefinite" suspension was an inadequate response, since it is not defined in the company's policies.

"Within six months of this decision, Facebook must reexamine the arbitrary penalty it imposed on 7 January and decide the appropriate penalty. This penalty must be based on the gravity of the violation and the prospect of future harm. It must also be consistent with Facebook’s rules for severe violations, which must, in turn, be clear, necessary and proportionate", the board warned.

Following the board's announcement, Facebook said in a press release that it would determine a clear and proportionate action, while Mr Trump’s accounts will remain suspended.

Meanwhile, the former president himself issued a statement soon after the board announced its verdict, in which he once again decried the US presidential election "fraud".

"Warmonger Liz Cheney, who has virtually no support left in the Great State of Wyoming, continues to unknowingly and foolishly say that there was no Election Fraud in the 2020 Presidential Election when in fact, the evidence, including no Legislative approvals as demanded by the U.S. Constitution, shows the exact opposite. Had Mike Pence referred the information on six states (only need two) back to State Legislatures, and had gutless and clueless MINORITY Leader Mitch McConnell (he blew two seats in Georgia that should have never been lost) fought to expose all of the corruption that was presented at the time, with more found since, we would have had a far different Presidential result, and our Country would not be turning into a socialist nightmare! Never give up!", the statement by former President Donald Trump read.

Facebook suspended then-President Trump's accounts in the aftermath of the US Capitol riots on 6 January for sharing a video, calling on his supporters, who stormed the Capitol building, to go home.

He was initially banished from both Facebook and Instagram for 24 hours, but then his expulsion from both platforms was extended until Joe Biden's inauguration.

Facebook later referred the issue to its independent Oversight Board to evaluate the decision.

Just hours before the board announced its key findings, Trump launched a new platform. The website - known as “From the Desk of Donald J. Trump” - includes a feed of text posts, images, and videos shared by the former US president.