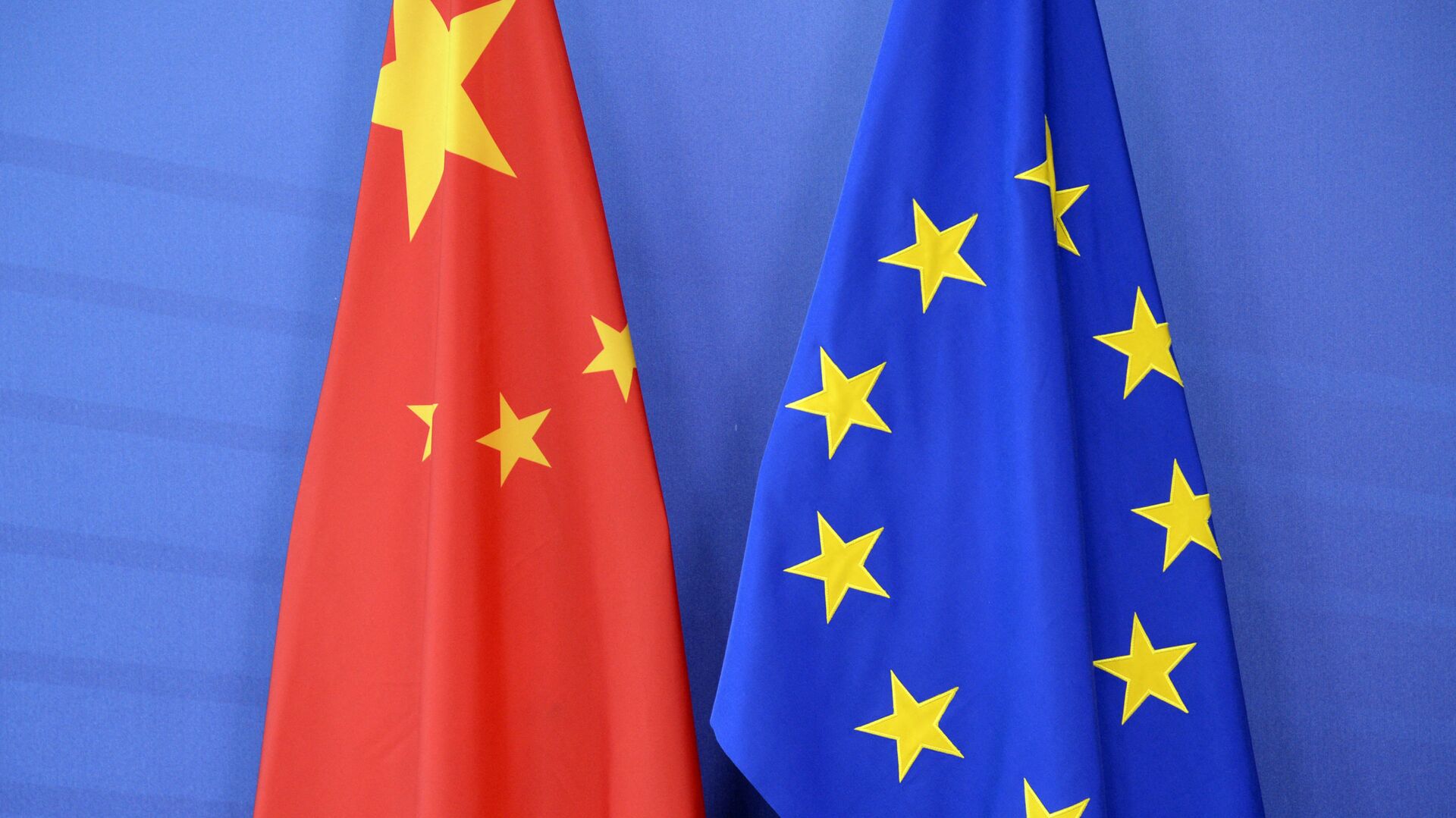 Oleg Burunov
All materialsWrite to the author
European Commission Vice-President Margrethe Vestager underscored that the new strategy stipulates effectively transforming the EU’s economy, “while ensuring the competitiveness” of the bloc’s key industries.

The EU has rolled out an updated industrial strategy plan that aims to cut the bloc’s dependency on foreign suppliers in a spate of strategic sectors following the COVID-19 pandemic-induced economic meltdown.

The 19-page document pointed out that the EU measures could include "diversifying supply and demand relying on different trading partners whenever possible, but also stockpiling and acting autonomously whenever necessary”.

European Commission Vice-President Margrethe Vestager, for her part, told reporters on Wednesday that the EU’s new industrial strategy is all about “making sure our industries are equipped to drive the digital and green transformations of our economy while ensuring the competitiveness of our industries, also in the context of the recovery from the coronavirus crisis”.

The European employers' organisation BusinessEurope, in turn, praised the updated strategy as “a step in the right direction”.

The blueprint did not specifically mention China, but the plan was unveiled after Brussels and Beijing exchanged tit-for-tat sanctions over human rights concerns, which brought bilateral relations to a low point.

“Unfair advantages accorded through subsidies have long been a scourge of international competition. This is why we have made it a priority to clamp down on such unfair practices. China is certainly a challenge in this context but this […] can cover pretty much any country, and any situation, if it's found that there is a distorted position in the market”, EU Vice-President Valdis Dombrovskis pointed out in this regard.

The new rules allow the EU’s antitrust authority to investigate state-backed foreign companies seeking to acquire businesses in the bloc with an annual turnover of more than 500 million euros (600 million dollars).

The strategy was rolled out as German Chancellor Angela Merkel said on Wednesday that a trade deal between Brussels and Washington would "make a ot of sense", adding that she has “always supported a trade agreement between the United States of America and the European Union”.

As for the EU-China tit-for-tat, it started in mid-March, when Brussels slapped sanctions on 11 Chinese diplomats for “serious human rights violations and abuses” in China’s Xinjiang Autonomous Region, where Muslim minorities are allegedly being persecuted. Beijing quickly retaliated by imposing punitive measures against European politicians, including German MEPs Reinhard Buetikofer and Michael Gahler. 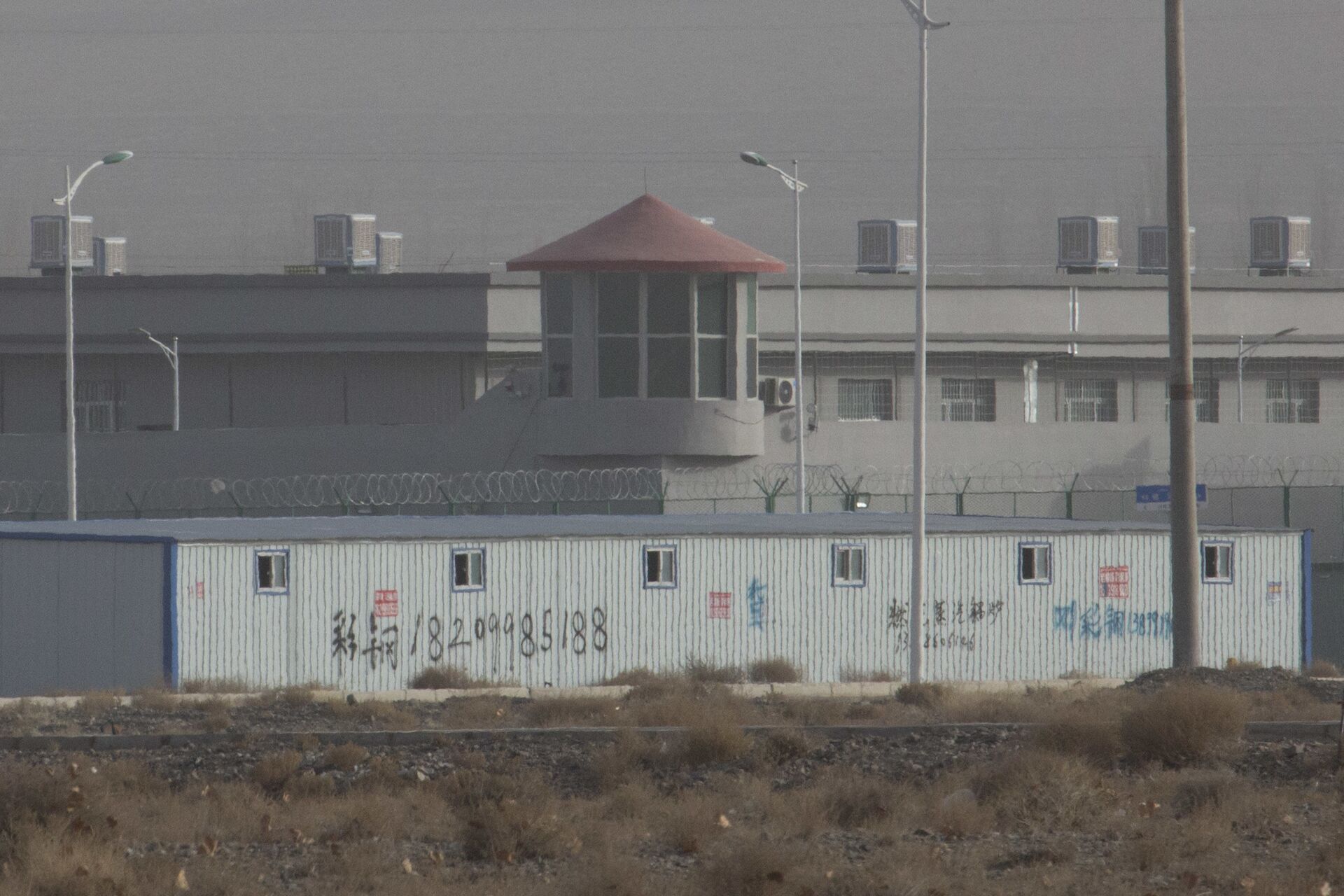 FILE - In this Monday, Dec. 3, 2018, file photo, a guard tower and barbed wire fences are seen around a facility in the Kunshan Industrial Park in Artux in western China's Xinjiang region. The U.S. Customd snd Border Protection on Wednesday said it will block imports from a major Chinese producer of cotton goods for its suspected use of workers detained as part of a crackdown on ethnic minorities in China's northwest
© AP Photo / Ng Han Guan

The US and its allies claim that at least one million Uighurs have been placed in re-education camps in the Xinjiang Autonomous Region to force their assimilation into the Han Chinese ethnic group’s culture. Beijing rejects the claims, insisting that the camps are voluntary vocational centres set up in accordance with the United Nations’ Plan of Action to Prevent Violent Extremism.

The plan was devised in response to the rise of Muslim separatist groups that have been responsible for a string of deadly terrorist attacks, including a massacre in Xinjiang’s capital of Urumqi in 2009 in which 197 people were killed and another 1,700 wounded, nearly all of whom were Han Chinese.

Science & Tech
China Catching Up to US in Artificial Intelligence, Brexit to Hit EU's AI Capabilities, Report Says
The exchange of sanctions followed the European Commission clinching a surprise investment deal with China in late December.

In accordance with the new agreement, which had been negotiated over seven years, China promised to provide a greater level of market access to EU investors, according to a European Commission press release.

Also, Beijing vowed to ensure fair treatment for EU companies "so they can compete on a better level playing field in China, including in terms of disciplines for state owned enterprises, transparency of subsidies and rules against the forced transfer of technologies".