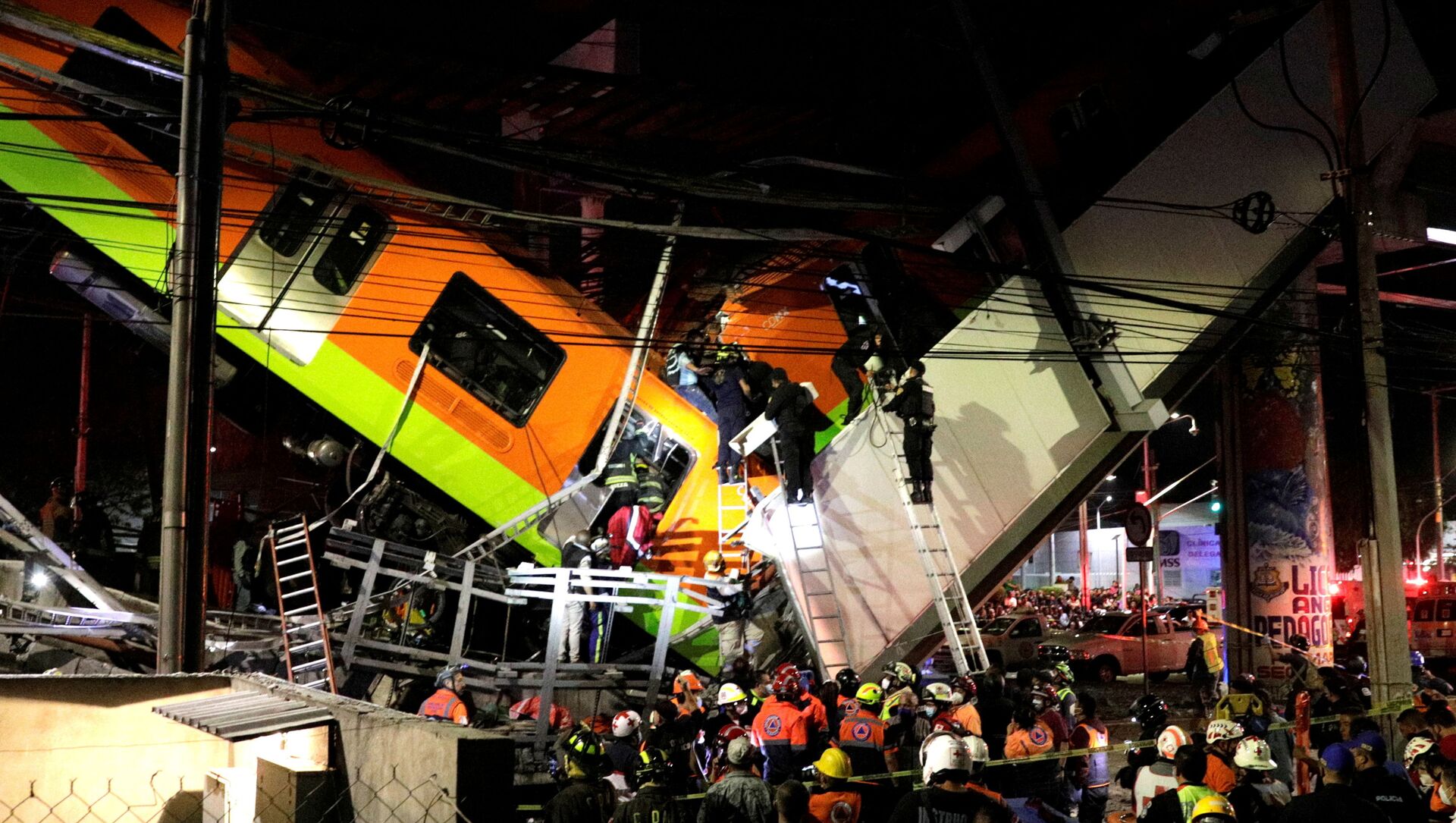 Zara Muradyan
All materials
A rescue operation is currently underway to find survivors under the rubble after an overpass carrying Mexico City metro train cars partially collapsed onto a road, leaving dozens injured.

CCTV footage has captured the exact moment the overpass on Mexico City metro's Line 12 collapsed on top of cars on a road below, leaving a massive cloud of dust and a trail of destruction.

The accident has so far claimed 15 lives and left as many as 70 people hurt, but a rescue operation is currently underway to find more survivors as at least one car is believed to be trapped under the rubble.

Medics and emergency services, as well as Mexico City Mayor Claudia Sheinbaum have already arrived at the scene.