US Stock Market Slumps With Nasdaq Tech Index Down by 2.5% 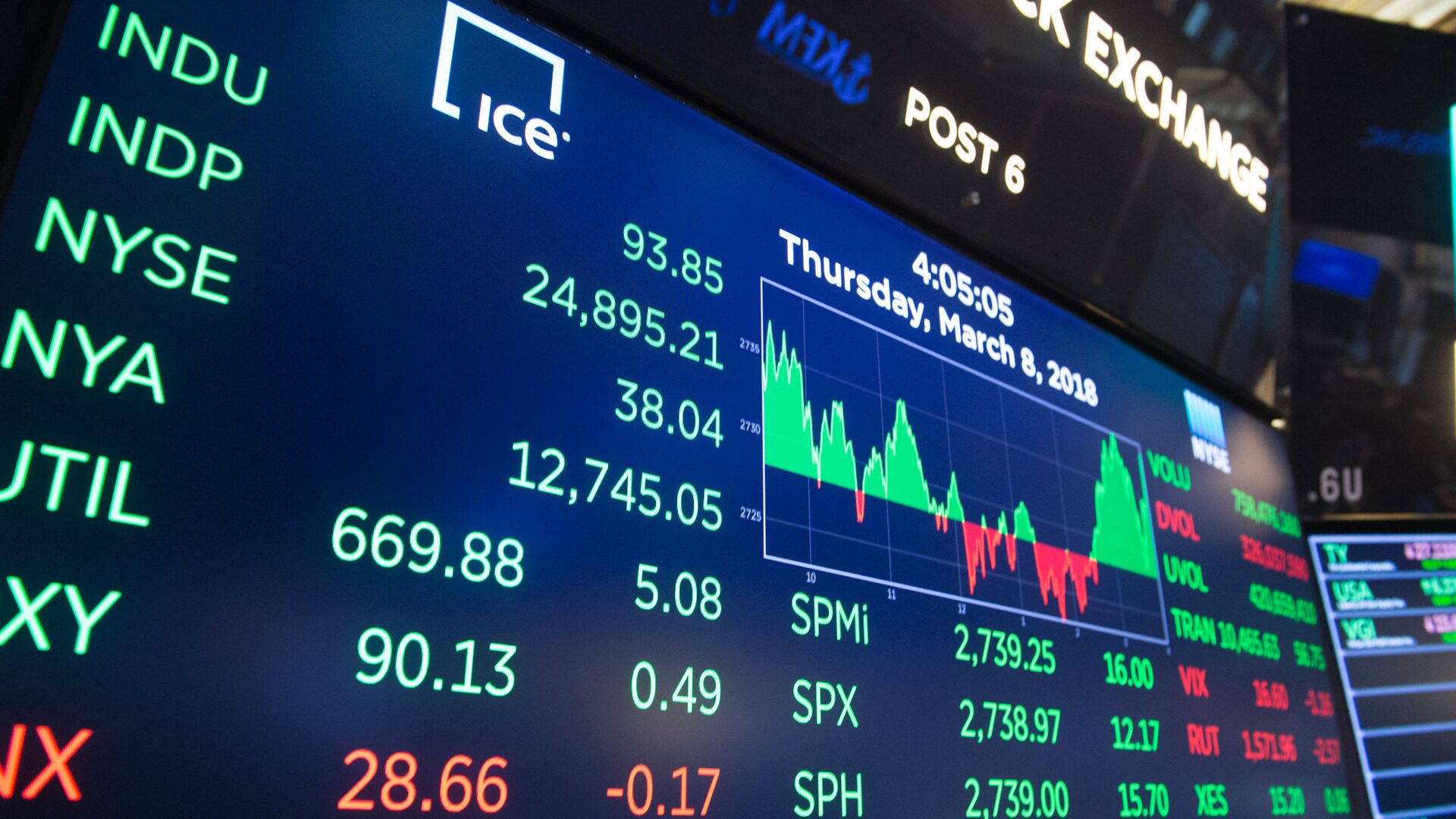 Tim Korso
All materials
The tech and, especially, Internet sectors experienced rapid growth in 2020 due to the lockdowns, but quarterly reports in 2021 have noted that the current year will not be as advantageous. At the same time, other parts of the US economy have started to show signs of rapid revival since the beginning of the year.

The US stock market slumped significantly in the opening hours of 4 May, with the Nasdaq Composite index, which benchmarks the performance of American tech and IT companies, having lost 2.56% at 18:00 GMT. The drop brought the index back to levels previously seen on 1 April and 1 February. The last time a similar was seen was on 3 March.

Numerous companies listed on the Nasdaq exchange showed significant losses during the day, with the tech giant Microsoft losing 2.12%, Apple diving by 4.11%, Google's Alphabet dropping by 2.57%, Amazon slumping by 3.03%, and Facebook by 2.64% as of 18:10 GMT.

The S&P index, which benchmarks the performance of the 500 top US companies, fared slightly better, but had still lost 0.95% by around 18:00 GMT. The Dow Jones index of 30 US industrial giants, in turn, only dropped by around 0.2% on 4 May.

Reuters noted that many investors decided to sell their shares in American tech companies, which had been rallying amid the raging pandemic and lockdowns, to more defensive parts of the market. According to the news agency, consumer staples, utilities, and the real estate sector suffered the least from the 4 May sell-off.

US stock markets have been steadily growing since the start of 2021, despite some states still having various coronavirus restrictions in place. Most sectors of the economy have showed signs of a rapid revival. IT companies, however, have not been so optimistic in their evaluations of what they can expect from 2021 in their quarterly reports. Many online services enjoyed a rapid growth in popularity in 2020 due to people having to stay at home because of lockdowns. However, as governments have begun to ease their anti-coronavirus measures and expand vaccination campaigns, these companies see little hope of gaining a larger audience, or are even expecting a certain return to pre-pandemic levels.