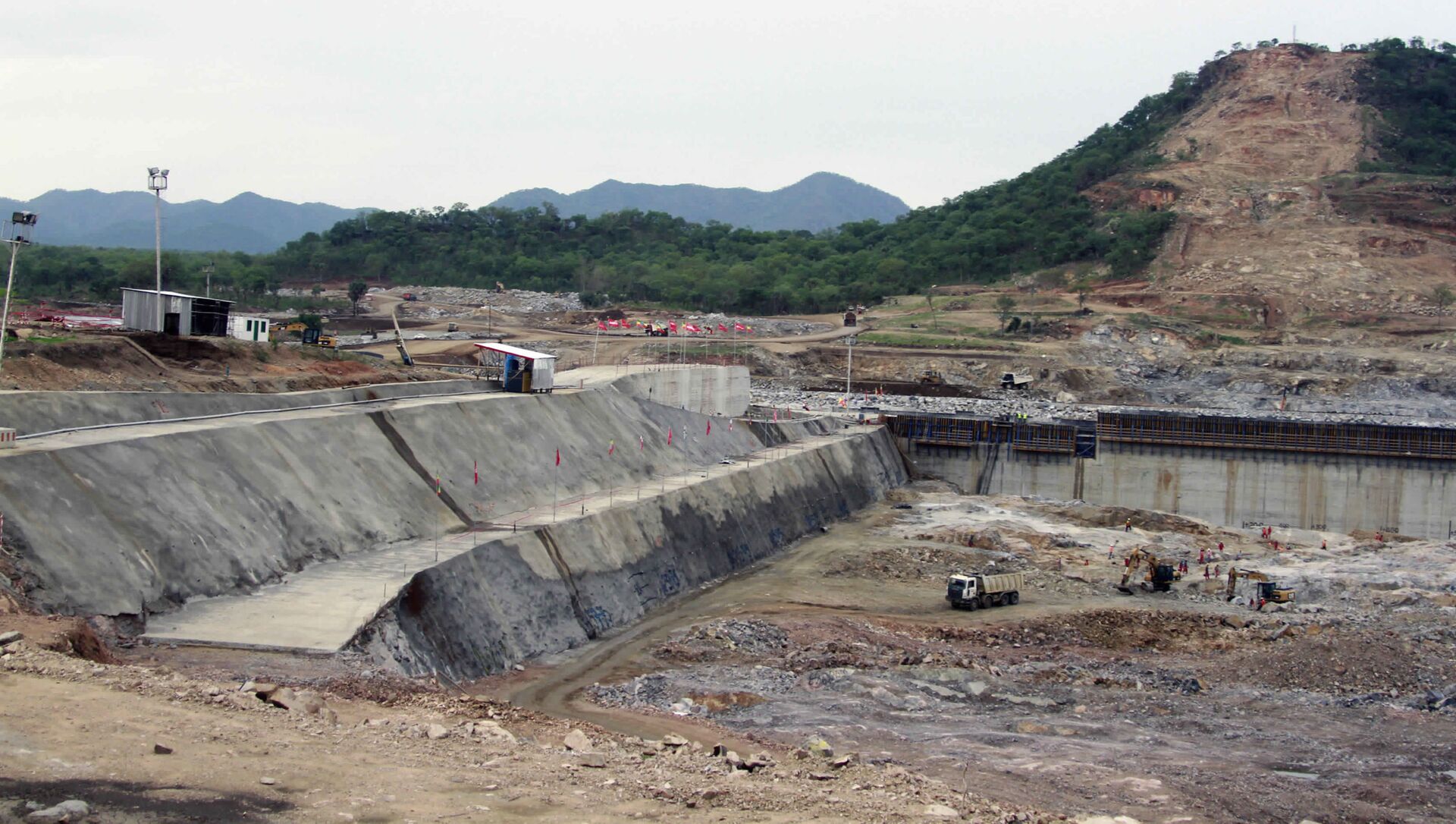 MariTi Blaise Lovell
All materialsWrite to the author
Ethiopia, Sudan and Egypt have been working for decades to come to a mutual agreement about the construction of the Grand Ethiopian Renaissance Dam (GERD) amid issues over the impact it would have on the water security in each country. Sudan has threatened to take legal action against Ethiopia if an agreement cannot be reached.

On Tuesday, US Special Envoy for the Horn of Africa Jeffrey Feltman will take a trip through Egypt, Eritrea, Ethiopia and Sudan in a weeklong African tour with hopes of mediating efforts to resolve the Nile dispute.

Feltman, as an international broker of the negotiations for GERD, will hold meetings with government officials, as well as officials from the United Nations and the African Union from May 4 through May 13.

“The special envoy’s travel underscores the administration’s commitment to lead a sustained diplomatic effort to address the interlinked political, security and humanitarian crises in the Horn of Africa, and he will coordinate US policy across the region to advance that goal,” the US Department of State said, according to the ArabWeekly.

Eritrean Foreign Minister Osman Saleh and presidential adviser Yemane Ghebreab arrived in Khartoum on Tuesday to begin talks with Sudanese officials over the Nile dam and the longtime border dispute between Sudan and Ethiopia. Eritrea has seen increased tension with Sudan after the government deployed troops to the Tigray region to fight with Ethiopian federal forces currently in conflict there.

Ethiopian Prime Minister Abiy Ahmed has claimed that the government would move forward with the project come the rainy season in July, despite the lack of negotiations with Egypt and Sudan. Ethiopia is the source of 85% of the Nile's water and serves as the manager of the GERD. In building the dam, the primary goal is to establish energy that will be provided to millions of people who currently live off the grid.

Ethiopia has disagreed with the aim of the negotiations, complaining that the proposed treaties deny a fair share of the Nile water to those living upstream. Ethiopian officials have felt that Sudan in particular is working under colonial agreements that were established under the 1902 border agreements and the 1959 Nile waters agreements.

Sudan, Ethiopia's northern neighbour, has concerns regarding the potential impact of the construction of the dam on its own infrastructure.

“We do not need to remind Ethiopia that the irrational complacency in using such misleading claims and disavowing previous agreements also means compromising the Ethiopian sovereignty over the Benishangul region, to which sovereignty over it was transferred from Sudan according to some of these agreements in particular,” the Sudanese Foreign Ministry in a statement on Tuesday.

The most severe negative effect of GERD will be on downstream countries, particularly Egypt, who will be impacted the most during periods of drought. Ethiopia, which will be the main proprietor of the dam, has been asked to provide more assurance on the management of the GERD’s reservoirs and the safety standards.

Ethiopia currently plans to take five years to fill the dam, which in turn would reduce Egypt’s water supply by 36%, effectively destroying half of the farmland in the region. Egypt has asked that Ethiopia in return take extra precautions to ensure a decent flow of water through the Nile in order to make up for the expected water shortage. This would mean possibly spreading out the filling of the dam over a longer course of time.