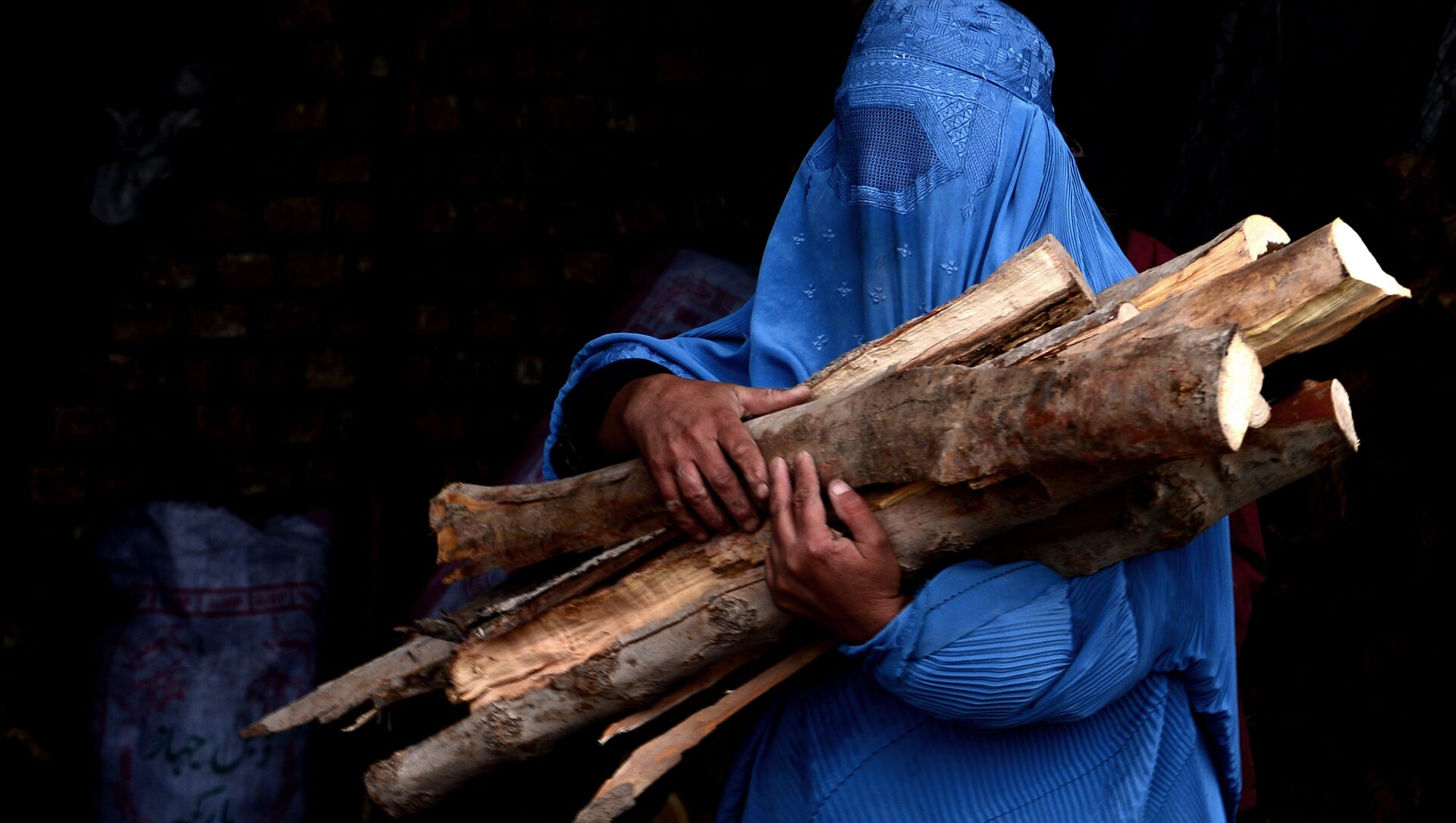 Tim Korso
All materialsWrite to the author
The report comes in the wake of the start of US efforts to withdraw its troops from Afghanistan in order to end the 20-year war. The decision, pushed for by President Joe Biden, met with criticism from some US lawmakers, who suggested, among other things, that Afghan women's rights might suffer as a result.

The US military withdrawal from Afghanistan and the Taliban* taking power in Kabul "would roll back much" of the progress that has been achieved in the area of women's rights in the country over the past years, a US National Intelligence Council assessment claims. The intelligence report further suggests that these gains were achieved largely due to foreign pressure on the government in Kabul, rather than being the result of support for such changes inside Afghanistan.

The report stresses that prior to the US toppling of the Taliban* in Afghanistan, the group had imposed rules that greatly limited the rights of the country's female population – banning girls from attending schools and prohibiting women from working anywhere outside their home. Women could also not go outside their homes without a male relative or wear clothes other than burqas.

The NIC assessment further says that progress in the introduction of women's rights in Afghanistan, especially in rural areas, was slow even with pressure from the international community. At the same time, the council does not expect a complete rollback on women's rights in the country even if the group were to seize power in Kabul.

The report explains that this could be the case in Afghan regions where relatively lenient rules existed even before Taliban* rule. The document further elaborates that in some areas where the group is currently in control, it has occasionally allowed girls to receive a limited education. The NIC’s assessment furthermore indicates that the number of people in the country with cell phone accounts has reached 27 million in recent years, thereby enabling many Afghans to develop a view of the broader world. The authors of the report also expressed hope that over time, pressure from the international community would force the Taliban* to moderate its position on the matter of women’s rights.

Taliban Advances as US Pulls Out Its Troops

The NIC report on the potential consequences of the US withdrawal from Afghanistan comes amid reports of the Taliban* launching a major offensive in the southern Helmand province. Local sources claim that similar offensives have been observed across the country since the US missed the 1 May deadline for withdrawing its troops as per the 2020 peace agreement between the group and the US.

Two days ago, US forces abandoned a base in Helmand province as part of the withdrawal process, which is between 2% and 6% complete, according to US Central Command estimates. Washington previously set a new deadline for the complete withdrawal on 11 September – over four months later than the original time limit negotiated by ex-POTUS Donald Trump. Afghanistan’s Tolo News previously reported that the Taliban* and the US are currently engaged in talks on moving the date to July, with the militant group promising to reduce violence and resume talks with Kabul in exchange.