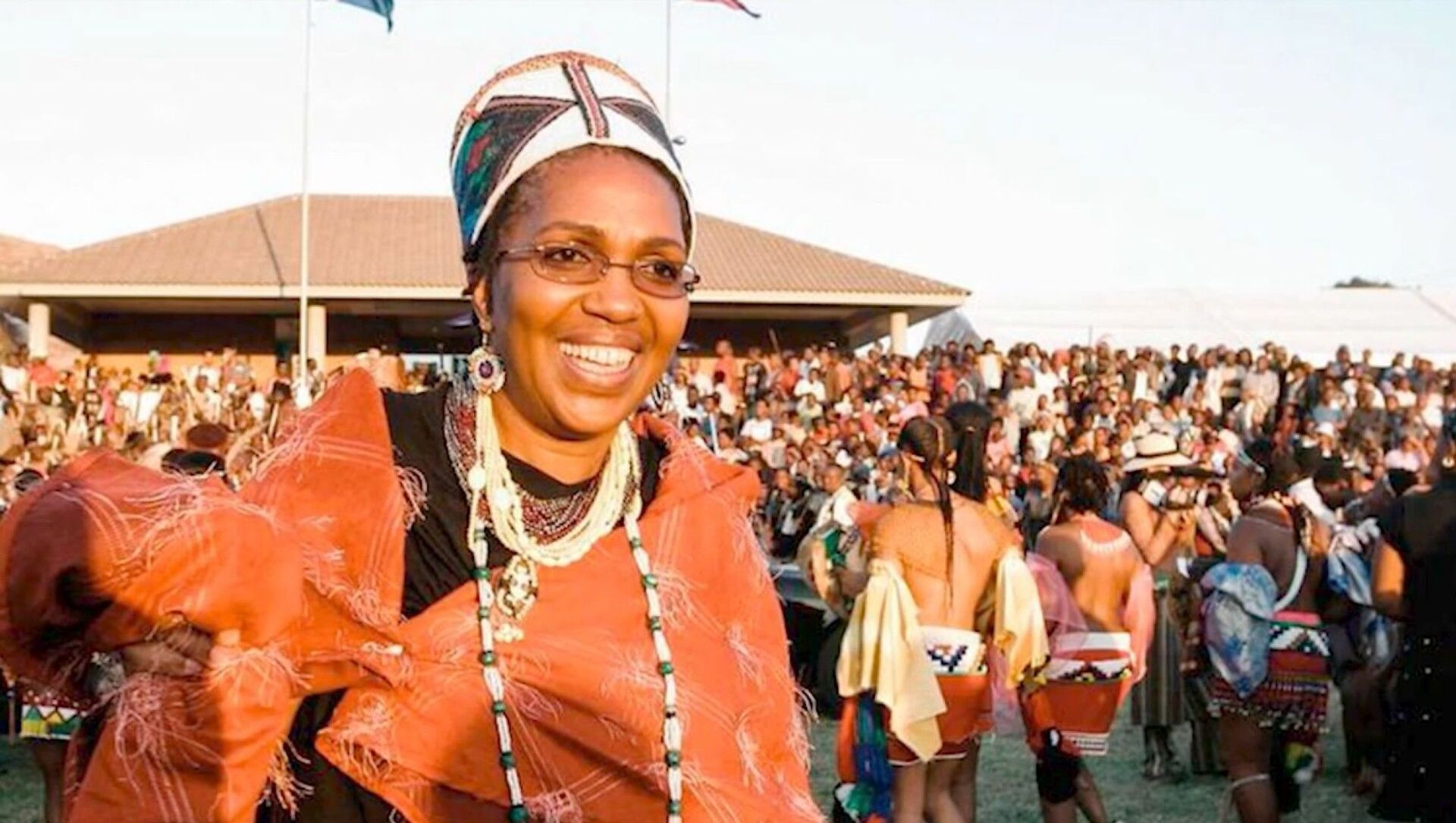 MariTi Blaise Lovell
All materialsWrite to the author
Queen Shiyiwe Mantfombi Dlamini of the Zulu Nation, wife of the late King Zwelithini, died of unknown causes last Friday at the age of 65. Under the late king’s will, she was appointed as regent queen and bestowed the ultimate decision in discussions on who would serve as the next king.

The burial of the late queen will be held during a private ceremony at dawn on Thursday. Similar to procedures taken during her husband's burial, the royal will be buried in the palace of KwaKhangelamankengane in Nongoma, northern KwaZulu-Natal (KZN).

KZN is a province of South Africa created in 1994 as the established home of the Zulu monarch. The African National Congress (ANC) holds power over the provincial legislation with strong opposition from the Inkatha Freedom Party. The monarch holds more traditional influence and the King Zwelithini acted as chairman of the Ingonyama Trust, which controls 32% of the province.

“On Wednesday, May 5, her Majesty’s body will be transported from Johannesburg to her Royal Palace of KwaKhangelamankengane in Nongoma, KwaZulu-Natal (KZN), where preparations for her burial will take place on Thursday,” Prince Mangosuthu Buthelezi, the traditional prime minister to the king and the Zulu Nation, declared in a Monday announcement.

“In line with her wishes, as was done for His Majesty the King, Her Majesty will be interred at the crack of dawn in a private burial. As confirmed by her children, Her Majesty wished to be buried at her royal palace. Having discussed this with the Queen Mother, Queen Mayvis maZungu [wife of the late King Bhekuzulu, the father of late King Goodwill Zwelithini], it has been agreed that everything must be done in accordance with the late Regent’s wishes.”

A small memorial service will be held on Friday for Queen Mantfombi, who was a member of the Seventh-day Adventist Church. According to Prince Buthelezi, the memorial will be private as a result of the COVID-19 pandemic.

“Regrettably, as the COVID-19 pandemic remains with us, a request must be made for members of the public to refrain from travelling to the palace to pay their respects. Her Majesty’s memorial service will be attended by members of the royal families of both the Kingdom of Zululand and the Kingdom of eSwatini,” the announcement detailed.

“This will further reduce the number of mourners allowed in terms of COVID-19 protocols. Such protocols will be strictly maintained.”

Citing sources close to the royal family, the Independent Online (IOL) reported that after the Friday memorial service, there would be an announcement of the next Zulu king, who many expect will be 47-year-old Prince Misuzulu, the first son of Queen Mantfombi and King Zwelithini.

Disputes Emerge Over Zulu King’s Will Amid Royal Infighting

The first wife of King Zwelithini, Queen Sibongile Dlamini, has taken legal action to interdict the coronation by asking the high court in Pietermaritzburg to recognize her as the only legal wife of the king. She hopes to obtain a court order that states she was married to King Zwelithini in 1969, under terms of the Marriage Act 25 of 1961.

In her court challenge, Queen Sibongile seeks to inherit half of the king’s assets, securing over a million hectares of land in KwaZulu-Natal, under control of the Ingonyama Trust, of which the late king was the sole trustee.

Royal family lawyer Jerome Ngwenya told the Sunday Times that the marriage certificate in question states Queen Sibongile and King Zwelithini were “married in terms of section 26(6) of the Black Administration Act,” a piece of legislation in South Africa that stipulates marriages between Black individuals before 1988 were outside of the community of property.

The legislation effectively states that under the laws of marriage, any property owned by the king would be given to his legal spouse.

The daughters of King Zwelithini and Queen Sibongile have also come forward claiming that his will may have been fraudulent. They have also urged officials to halt execution of the will until a full investigation has been carried out.

During a Sunday news conference headed by Prince Mbonisi, the princes and princesses dubbed the “royal clique” disputed allegations from Prince Buthelezi that Queen Mantfombi had been poisoned.

"People think that we are murderers since the queen [Mantfombi] it is said she was poisoned, people who are said to be behind this is me and this brother of mine [Prince Mbonisi] because we had a meeting that started at KwaKhethomthandayo [palace]," Princess Thembi said at the conference.

Prince Buthelezi, who has since denied allegations that he said Queen Mantfombi had been poisoned, responded to developments surrounding the conference by condemning the royals’ remarks and stating they have no say in the royal matters.

“A new voice in the midst of all this is Prince Thokozani, who has suddenly emerged as a vociferous critic of the royal family’s decisions. I am shocked by his comments at today’s impromptu press conference, as he has no authority to question the royal family,” Prince Buthelezi argued.

“He is someone whom we have always known as Mr. Msweli, the son of Prince Penuel, born out of wedlock. He did not grow up in the Royal Court.” ”Indeed, Prince Mbonisi likewise did not grow up in the royal court. His mother was not married to King Cyprian. Knowing this, we all applauded the way His Majesty King Zwelithini embraced him and used him to run errands. Princess Thembi, as a sister of the late king, has every right to participate in family matters. But, as a married woman, she has no status to drive programmes in the manner she is now doing,” he said.

Prince Buthelezi also added that the cause of death of the queen would be revealed in a post-mortem report in two weeks. Queen Mantfombi was named regent of the Zulu kingdom because she was the only wife with royal blood of her brother, King Mswati III of Eswatini.

Though the monarchy holds no political power, their overall influence, show of power and land brings about rivalry for the contested throne.

South Africa’s Department of Cooperative Governance and Traditional Affairs (COGTA) has said that they are ready to intervene to resolve the royal battle, if invited to do so by the royal court.