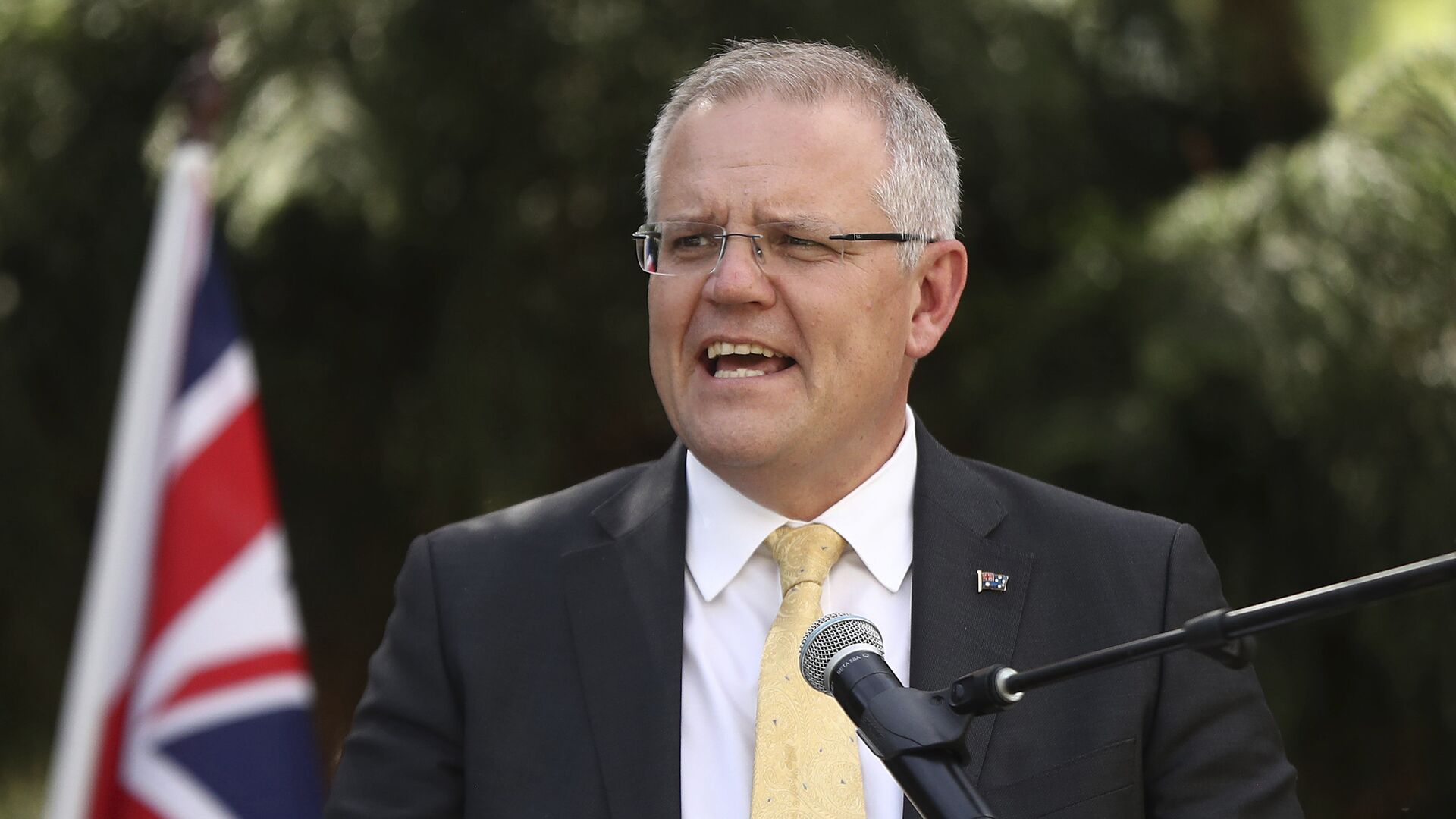 Priya Yadav
All materials
Scott Morrison's government moved to forbid travellers coming from India to enter Australia until 15 May. The government threatened rule-breakers, including Australian citizens, with prison time.

Australian Prime Minister Scott Morrison has been fending off accusations of racism as he backed down from his threats to imprison people entering Australia from COVID-hit India.

Morrison's promise of jail time was severely criticised by Australians as well as Indians who claimed that the proposal "smacked of racism".

Australian PM Defends Decision to Jail, Impose Fines on India Returnees Amid Racism Allegations
However, on Tuesday morning, Morrison said in a TV interview that it was highly unlikely that Australians who flouted the ban would be jailed.

The Australian government's threats of imprisonment created anxiety among an estimated 9,000 Australians in India. The decision was made at a time when members of the Australian cricket team were visiting India for the prestigious and lucrative Indian Premier League cricket series, which was suspended on Tuesday because several players tested positive for coronavirus.

Commentator and former cricket player Michael Slater was one of those who bitterly attacked Morrison, calling his decision a disgrace.

"Blood on your hands PM. How dare you treat us like this," Slater said in an angry tweet.

If our Government cared for the safety of Aussies they would allow us to get home. It's a disgrace!! Blood on your hands PM. How dare you treat us like this. How about you sort out quarantine system. I had government permission to work on the IPL but I now have government neglect

And for those who think this is a money exercise. Well forget it. This is what I do for a living and I have not made a penny having left early. So please stop the abuse and think of the thousands dying in India each day. It's called empathy. If only our government had some!

​Morrison excused his move during the TV interview saying: "There have been a lot of difficult decisions during COVID-19 and people will criticise me and my government for it. I am not going to fail Australia. I am going to protect our borders at this time."

Australia has imposed a blanket ban on travel to and from India unless an exemption is granted in advance. Non-residents are largely banned from entering, and anyone entering the country must carry out a mandatory 14-day hotel quarantine.

India's COVID-19 tally has, meanwhile, exceeded 20 million, after it registered more than 300,000 new coronavirus cases for a 12th straight day.