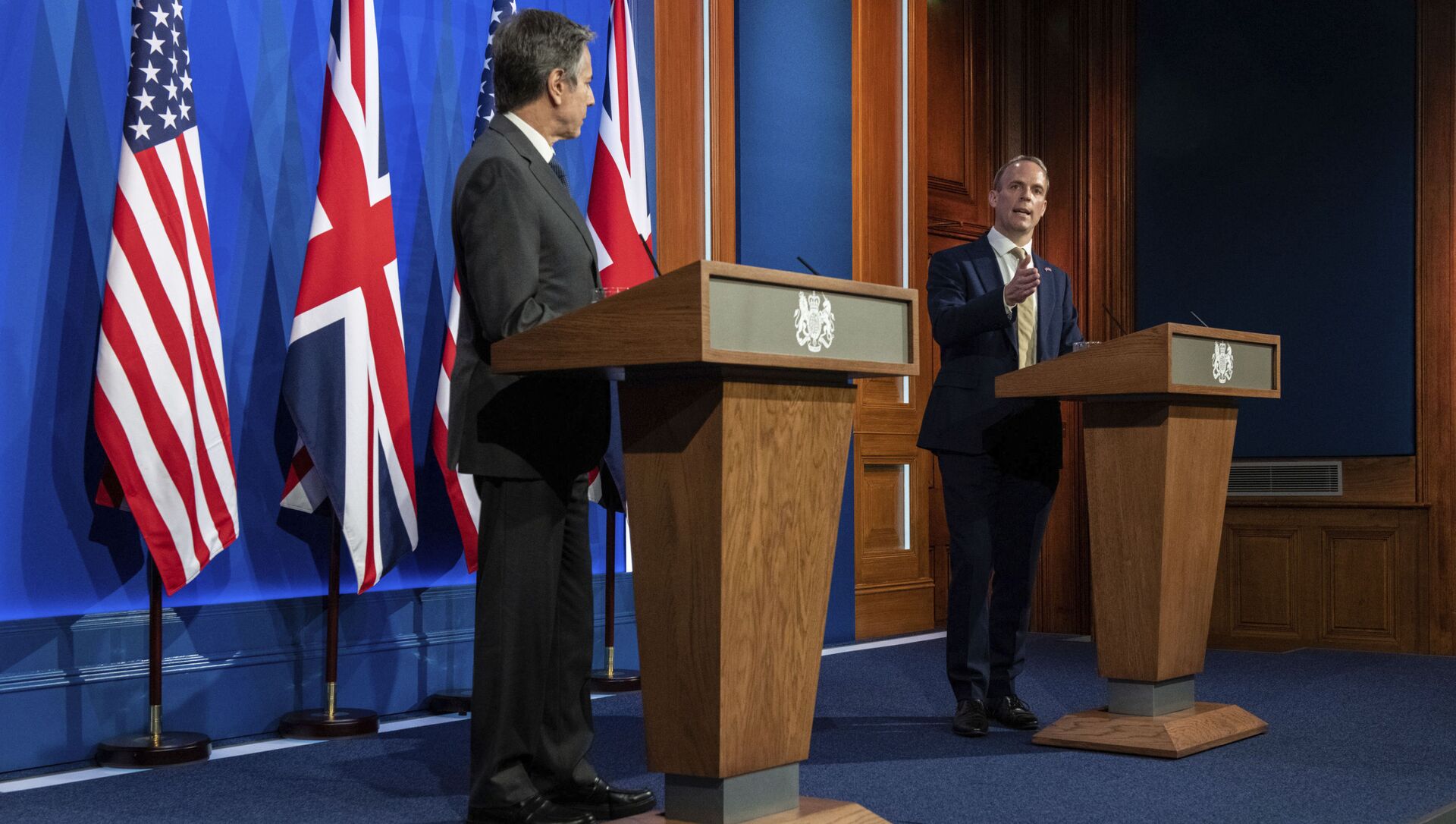 The G7 started out as the G6 in the 1970s when the club included France, Britain, West Germany, Italy, Japan and the United States. Canada was later invited to join but the club has since refused entry to new members.

Foreign ministers from the Group of Seven countries are holding a summit in London with climate change, Myanmar, Libya, Syria and relations with Russia on the agenda.

But the G7 summit - which will lay the groundwork for a summit of presidents and prime ministers in Cornwall next month - appears to be heavily focused on how to confront and combat China.

​The first session on Tuesday, 4 May, involved discussions about China’s growing military and economic clout.

British Foreign Secretary Dominic Raab said: "The UK's presidency of the G7 is an opportunity to bring together open, democratic societies and demonstrate unity at a time when it is much needed to tackle shared challenges and rising threats.”

Raab said Britain was "holding Beijing to the commitments that they've made", including on Hong Kong, which was promised a “one-nation, two-systems” model when it was handed back to China in 1997.

​But Raab said they would seek to find "constructive ways to work with China in a sensible and positive manner where that's possible. We want to see China stepping up to the plate and playing its full role.”

The US Secretary of State Antony Blinken said: "What we are trying to do is to uphold the international rules-based order that our countries have invested so much in over so many decades to the benefit, I would argue, not just of our own citizens, but of people around the world - including, by the way, China."

"It is not our purpose to try to contain China or to hold China down," Blinken insisted on Monday, 3 July.

But Blinken promised "robust cooperation" with Britain over the issue of the treatment of the Muslim Uighurs in China’s Xinjiang region and over Beijing’s handling of the former British colony of Hong Kong.

​Of the seven, Italy has the most pro-Chinese and in 2019 signed up for China's Belt and Road Initiative, which seeks to build a modern “silk road” between Europe and the Far East, following in the footsteps of the great Venetian explorer Marco Polo.

The G7 ministers, who are meeting under strict COVID-19 protocols, will also discuss the conflict in Ethiopia’s Tigray region and increasing instability and lack of security in Africa’s Sahel.

Britain has also invited representatives from India, South Korea and Australia to attend the three-day summit.