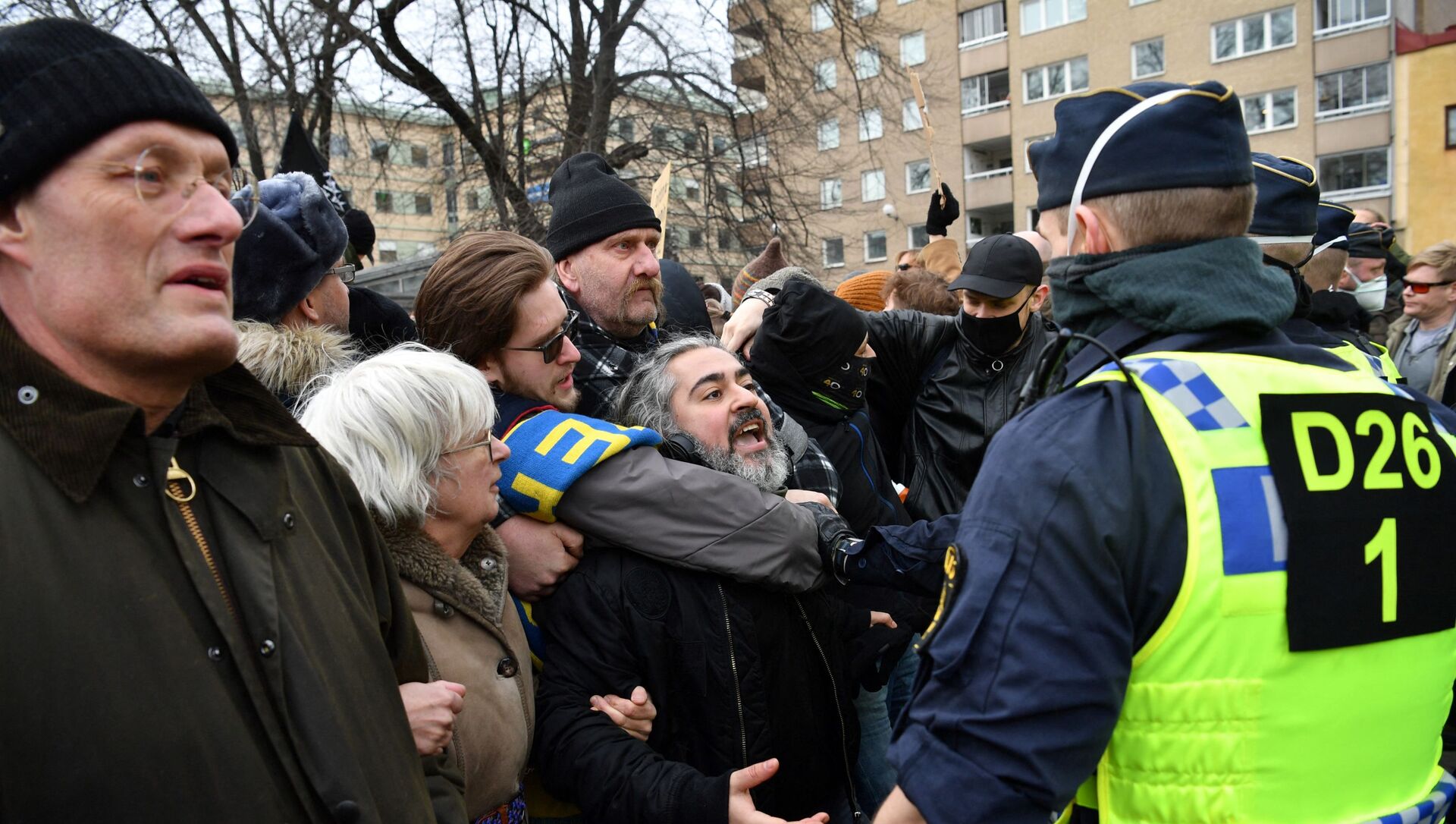 Igor Kuznetsov
All materials
Fifty-year-old Christoffer Lundquist, an established music producer, songwriter, and musician known for his work with the world-renowned group Roxette, joined the demonstration by the Freedom Movement to protest COVID-19 restrictions seen as limiting individual freedoms.

A lively demonstration in protest of the government's coronavirus measures and in support of civil liberties, limited due to the pandemic, was held in Stockholm this past weekend.

The manifestations against the restrictions introduced with the support of the so-called pandemic law was organised by the Freedom Movement, which said it expected around 2,000 participants. In the end, estimations of the crowd size differed between several hundred and several thousand people.

​Under the current restrictions, public gatherings of more than eight people are not permitted. The police warned in a statement that the meeting would be dissolved unless the rules are followed, yet failed to stop the march. Despite calls to disperse from loudspeakers, the demonstration continued in the centre of Stockholm at a leisurly place, according to the news outlet Fria Tider.

Ultimately, several protesters were arrested, including musician Christoffer Lundquist, known among other things for his guitar work with the pop group Roxette, the news outlet Samhällsnytt reported.

Lundquist participated in the demonstration equipped with an acoustic guitar and performed a protest song called "We Are Free" in support of the movement that he had released at the end of April and which he continued to sing while the police led him away.

​Lundquist, 50, is an established music producer, songwriter, and musician, who has won several accolades and prizes, including a Grammy with his band Brainpool. He runs a music studio in Skåne, where many popular Swedish artists have recorded their albums over the years, and has released records in his own name.

On social media, the arrest of Lundquist and his role in the movement sparked polarising reactions, from bewilderment to admiration.

"Looks like Christoffer Lundquist was arrested at the tinfoil hats' corona demonstration. Known for collaborating with Roxette, Per Gessle, and as a member of the popular 90's band Brainpool. Scary how a person you thought was intelligent ended up in this swamp", one critic mused.

​"Let Christoffer Lundquist be, you idiots!", another one clamoured, with the Swedish media describing him as "an elderly man with a guitar".

​"While you get really scared over how the police act against the Constitution, you get proud of how Christoffer Lundquist here continues to sing his song of freedom!", journalist Ingrid Carlqvist tweeted.

​While initially eschewing lockdowns at the onset of the epidemic, Sweden has gradually embraced some of the restrictions imposed by its neighbours, including limits on public life and large crowds and travelling.