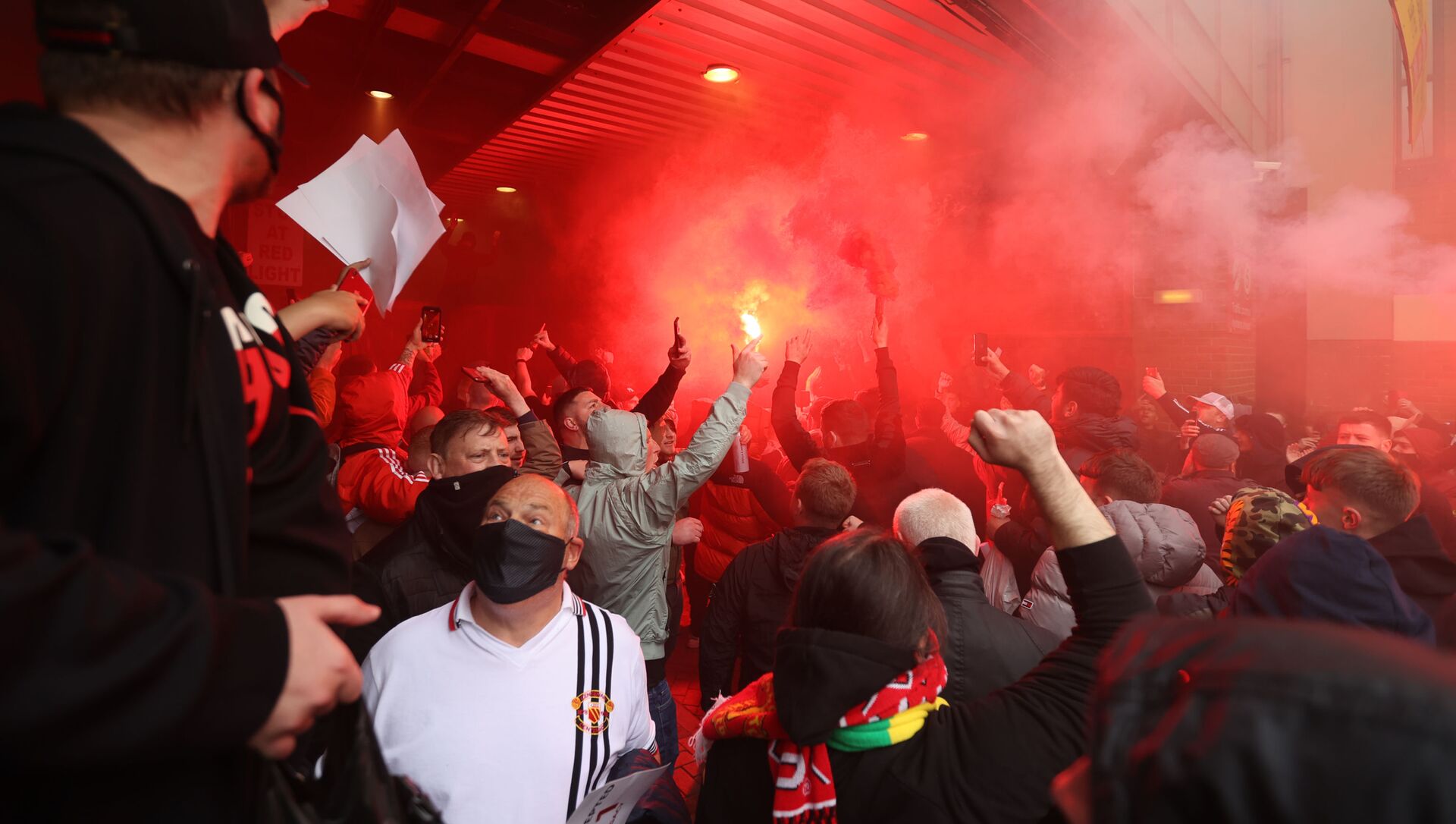 Henry Batyaev
All materialsWrite to the author
The mayhem came just hours before the Red Devils were set to take on Liverpool in a Premier League clash in United's home stadium. However, as a result of the invasion, the game had to be delayed.

Scores of furious Manchester United fans invaded the pitch at the Old Trafford stadium that was set to host a United vs Liverpool showdown later in the day.

The fans, who have long had a beef with the club's owners, initially gathered for a protest outside the stadium before they broke in.

After storming onto the pitch, the protesters set off flares and even attempted to climb the goalposts. They also shouted slogans against the Glazer family, which has owned Manchester United for over a decade.

Following the tumult, the game, initially scheduled for 16:30 local time, had to be postponed, but the Premier League did not specify when it would begin.

The unrest was sparked by fans' longstanding dislike of the Glazers, who they believe are treating the club as their golden goose.

The situation was further exacerbated by news of the controversial European Super League - a new tournament proposed by 12 of Europe's leading football clubs, including Manchester United.

The proposal was met with vehement criticism from fans, players, football organisations, and politicians and eventually forced the football clubs to reconsider their participation in the proposed tournament, which led to the Super League being dismantled.