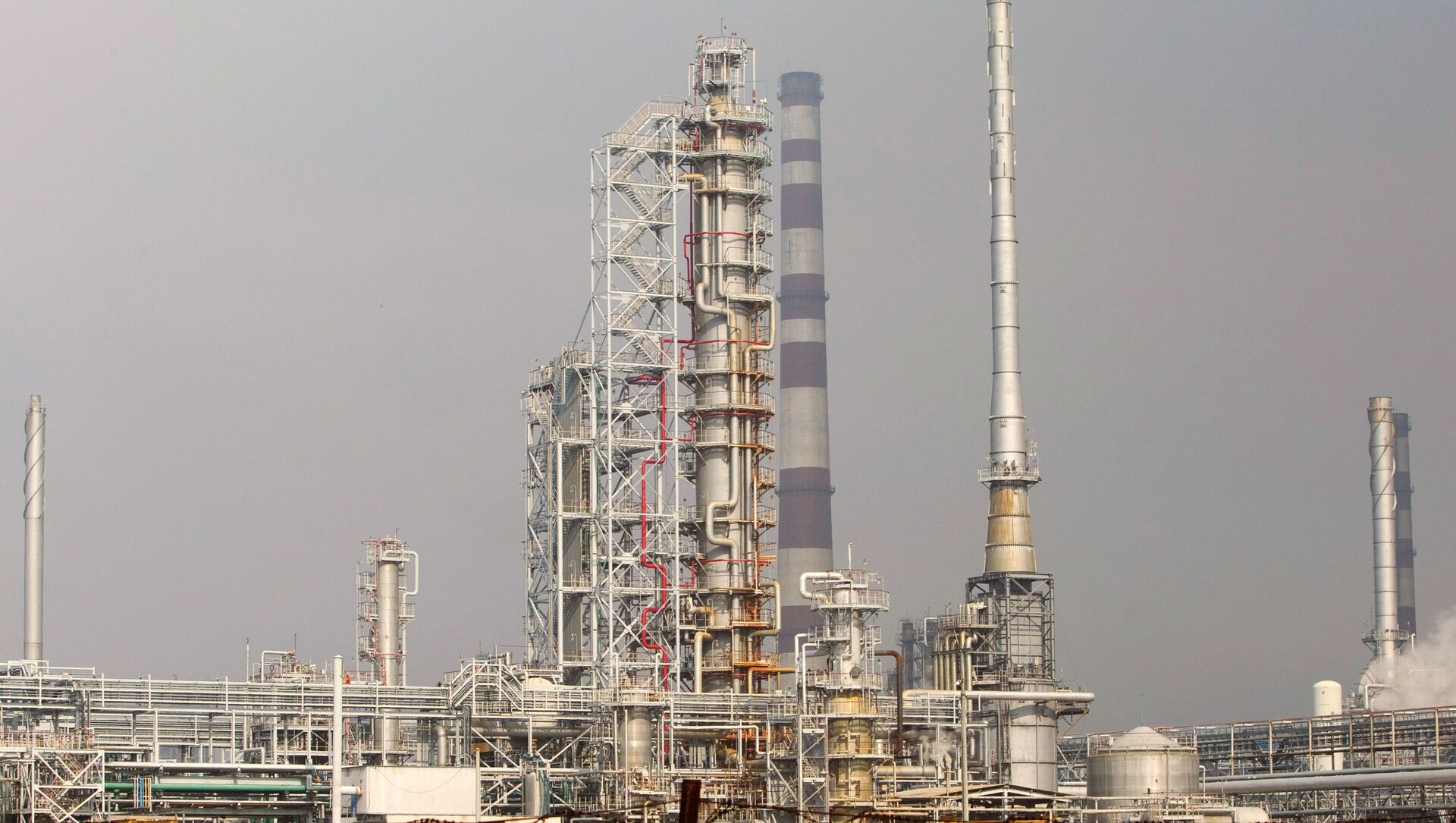 MINSK (Sputnik) - Russia continues to supply oil to refineries in Belarus as usual and as agreed upon in the contracts, and the US sanctions had no effect on the shipments, Belarusian Prime Minister Roman Golovchenko stated on Sunday.

"The sanctions apply to individuals and legal entities in the United States, as well as companies in which the United States [...] owns a controlling stake. But ... we buy oil not from the United States, but from our partner, the Russian Federation. The contracts were signed, oil is supplied according to the terms of these contracts. Everything is absolutely normal, calm," Golovchenko said in an interview as aired by the Belarus 1 broadcaster.

Meanwhile, Minsk is currently discussing with Moscow the construction of own terminals in Russian seaports to facilitate more efficient shipment of cargo Golovchenko said. According to the prime minister, the Russian side expressed readiness to choose potential construction sites that would meet Minsk's requirements.

"If they suit our needs, then we are very positive about the implementation of such an investment project to create our own port terminals in the Russian Federation, this gives us a certain guarantee that our cargo will not get stuck anywhere along the way," he stated.

"We identified categories of goods where it is potentially economically feasible to use Russian ports. The point is to ensure that it is not damaging to the companies' logistics. So we, among other things, are working very substantively on the issues concerning building our own port terminals in Russian ports. These issues are currently looked into by relevant working groups," Golovchenko said in an interview as aired by Belarus 1 broadcaster.

On February 19, the two countries inked a deal on the export of Belarusian oil products through Russian ports. Under the agreement, Belarusian companies can ship over 9.8 million tonnes of cargo through Russian seaports in the Baltic in 2021-2023. The goods include fuel oil, gasoline and oil.

Earlier in the week, several media reported, citing sources familiar with the matter, that major Russian oil exporters, such as Rosneft and Surgutneftegas, may stop supplying Belarusian Naftan refinery over the US sanctions against several state-owned enterprises, including its owner, Belneftekhim. There was no official confirmation of this information.