Svetlana Ekimenko
All materialsWrite to the author
President Joe Biden, in his first US Joint Session of Congress speech on 28 April, called out companies benefitting from tax havens ranging from “Switzerland to Bermuda to the Cayman Islands,” saying it “wasn’t right” and promising to “reform corporate taxes so they pay their fair share."

Switzerland may have a reputation as a coveted sanctuary for fiscal authority dodgers, but the country’s officials have taken issue with recent comments made by US President Joe Biden, reported the Associated Press.

In his first speech to a joint session of Congress on 28 April, Biden underscored the need for wealthy Americans and corporations to pay their fair share in taxes, deploring the fact that many of them evade doing so by using tax havens in “Switzerland and Bermuda and the Cayman Islands."

"Switzerland considers this highlighting of Switzerland as a tax haven by the USA as inappropriate and completely out of date," Swiss Federal Department of Finance spokeswoman Isabelle Roesch was cited as saying in an email.

According to Roesch, since 2019 "international bodies" have repeatedly affirmed that Switzerland fulfils all international tax standards. The latter presupposes reporting and information exchange on the issue.

Furthermore, the spokeswoman added that a Swiss tax reform carried out in 2019 scrapped "all tax models criticised by the Organisation for Economic Co-operation and Development (OECD)."

Referring to Joe Biden’s remarks, Roesch said Swiss officials told the US Treasury that the new administration had made similar statements before.

President Biden's calling out of offshore tax havens has slammed as hypocritical by anti-corruption activists, who say he should be focusing on the tax situation closer to home.

According to London-based Tax Justice Network, the US has overtaken Switzerland in a global ranking of countries most complicit in helping individuals conceal their finances. In fact, it's second in the ranking, after the Cayman Islands.

“Whenever the US pointed a finger at Switzerland (about tax havens), there’s always been a level of hypocrisy,” Tax Justice Network expert Nick Shaxson was cited as saying. 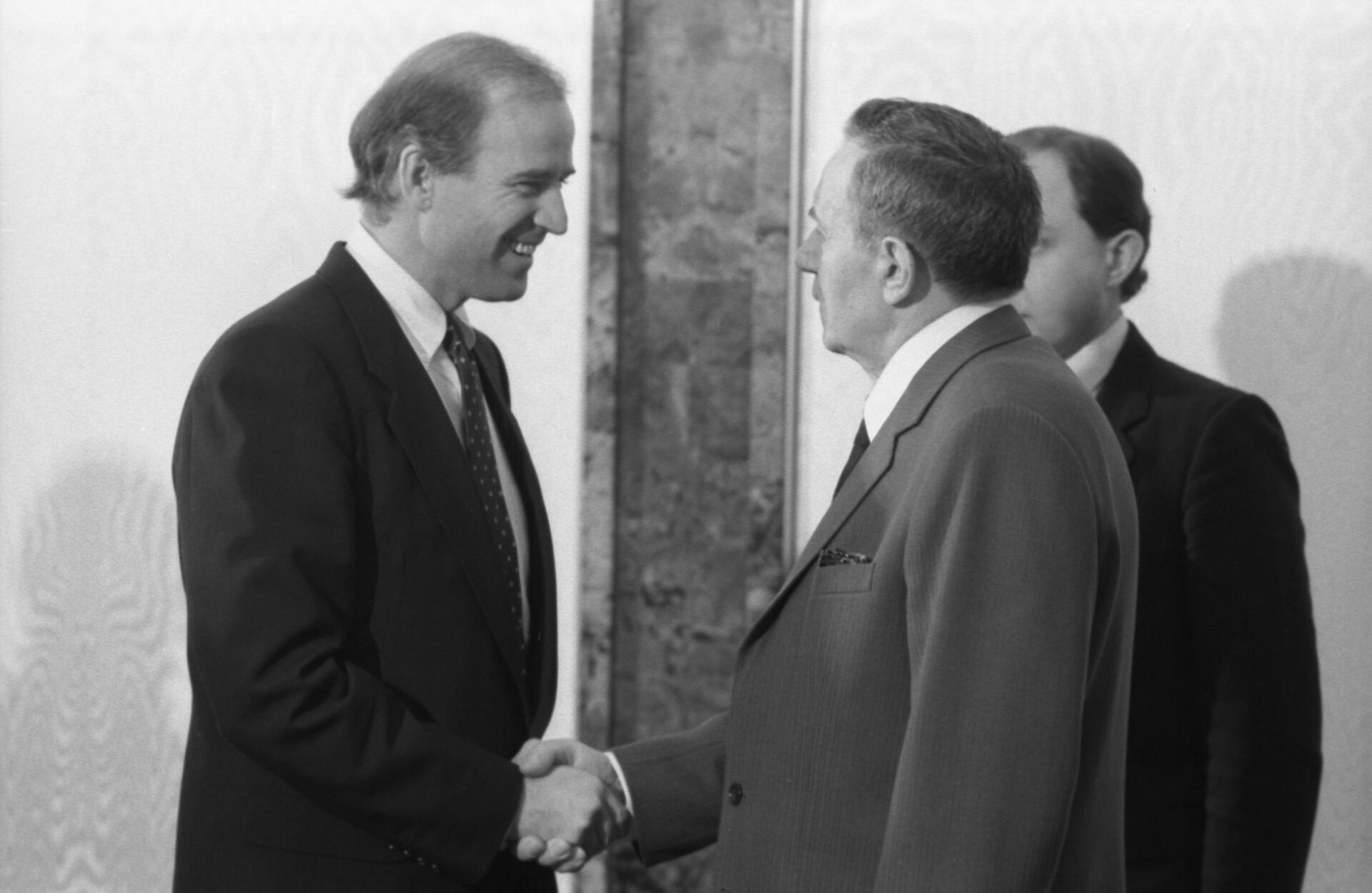 A visit by US Senator Joe Biden to the USSR. US Senator representing Delaware and member of the U.S. Senate Committee on Foreign Relations, Joe Biden, left, and Presidium of the Supreme Soviet of the USSR Andrei Gromyko during their meeting at the Kremlin.
© Sputnik / Vladimir Rodionov
/
Go to the photo bank

“It looks even more hypocritical coming from Biden,” he added, alluding to the president’s ties to Delaware, which is particularly attractive for financial companies due to its business-friendly usury laws and low taxation.

Biden represented the state in the Senate for 36 years – it has a reputation for allowing companies and wealthy individuals to conceal beneficiaries of anonymous shell companies registered there.