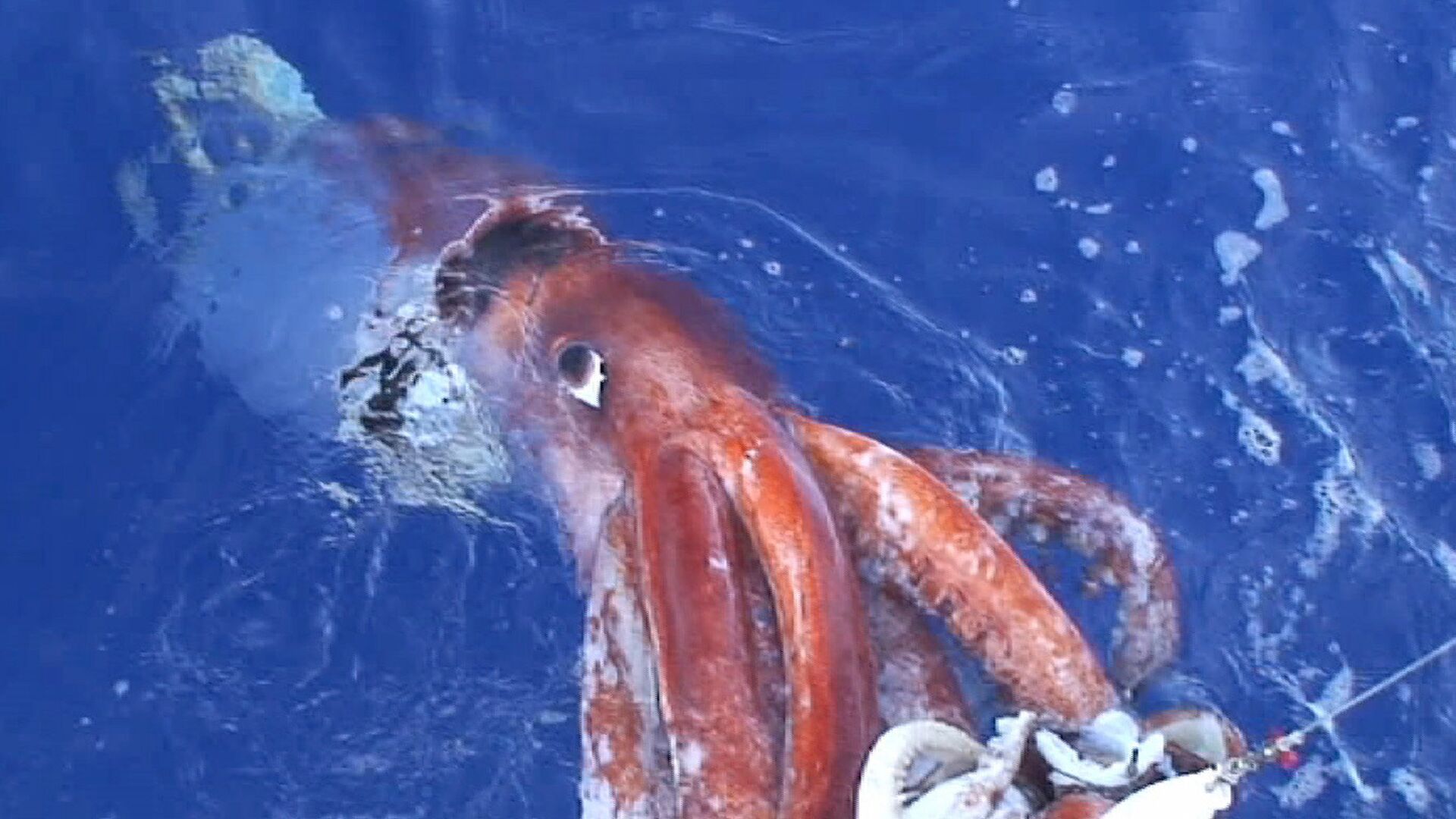 Andrei Dergalin
All materialsWrite to the author
The researchers used “low-light equipment” and a bioluminescent lure to coax the giant squid into view.

A team of researchers has investigated why the world's largest squid – Architeuthis dux, which has so far only been caught on camera twice in 2012 and in 2019 – is so evasive, Live Science reports.

According to the media outlet, the new study suggests that the creatures' basket-ball-sized eyes are ultra-sensitive to lights from deep-sea submersibles used to monitor the depths of oceans, so they always gives the machines a wide birth.

During the only two successful attempts to film the giant squid, researchers turned down the lights on the submersible they were using before completely shutting them off when it reached the required depth.

The submersible then stopped moving and a lure imitating the movement and glow of a luminescent jellyfish was used to lure the squid towards the camera.

In order to illuminate the camera, the researchers used dim red light instead of bright white lights.

"Many deep-sea species, including squid, have monochromatic visual systems that are adapted to blue [light] and blue bioluminescence rather than long wavelength red-light," the study’s authors note. "Using red light may thus be a less obtrusive method for illuminating deep-sea species for videography."

The team therefore concluded that the combination of low-light equipment and bioluminescent bait seems to be the best known method of coaxing the camera-shy monster into the limelight.

Several of the authors of the new study were "present for the 2019 giant squid sighting," the media outlet points out.