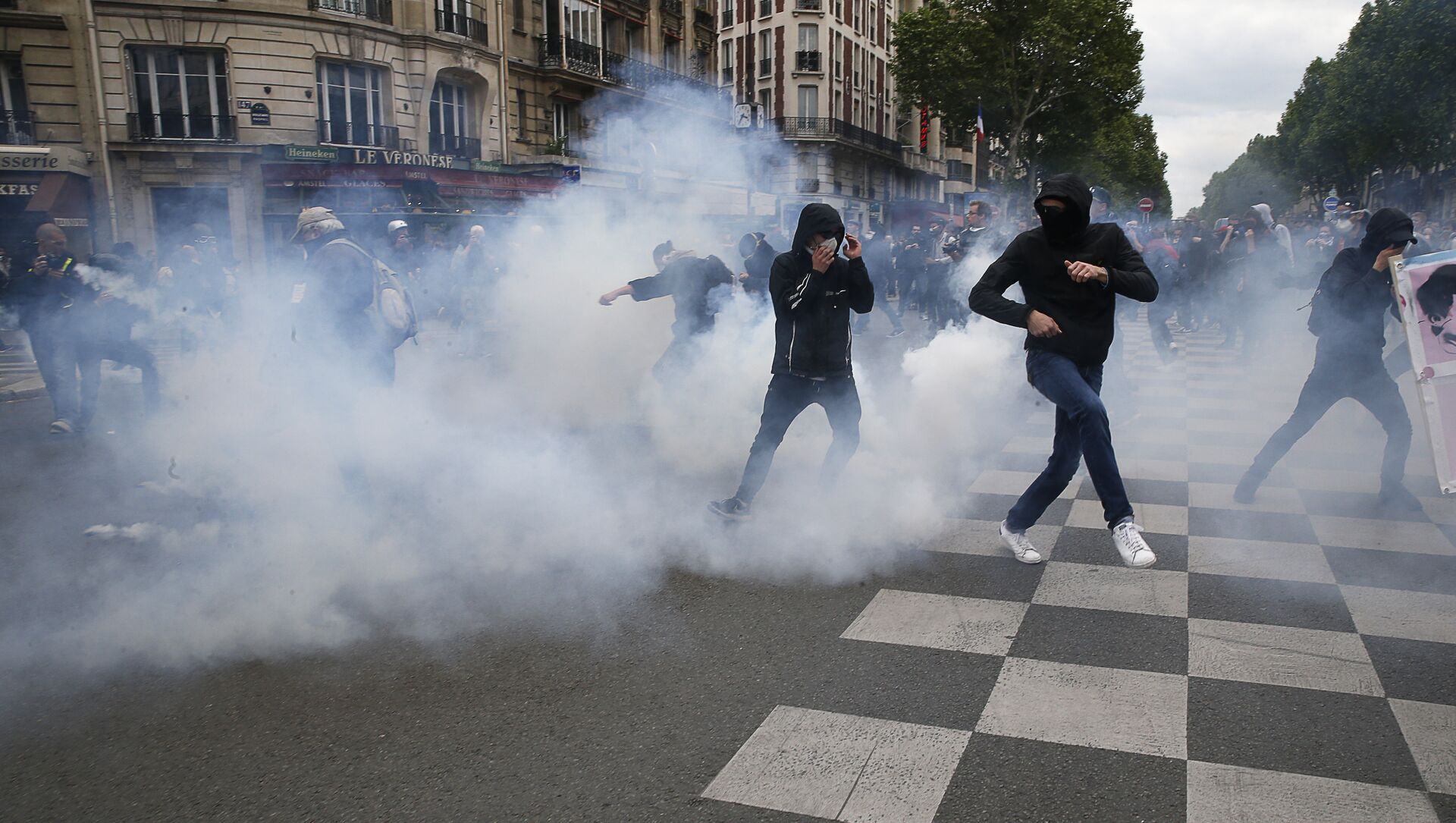 PARIS (Sputnik) - Police officers deployed tear gas against supporters of the Yellow Vests movement who gathered for a May Day demonstration in Paris, a Sputnik correspondent reported on Saturday.

The police used tear gas and began to push back the demonstrators after they started throwing bottles, firecrackers and fireworks.

Earlier, a Sputnik correspondet reported from the scene that supporters of Yellow Vest movement on Saturday have gathered for a May Day demonstration in Paris.

Clashes between police and violent protesters also broke out in the French city of Lyon on Saturday as thousands took to the streets to mark May Day, police said.

Some 3,000 people descended on Place Bellecour. Violence erupted after a group of 200 protesters at the head of a marching crowd started smashing shop windows and public property.

"The prefect strongly condemns violence against those who protect us," the police tweeted.

The police said officers dispersed the mob and the demonstration resumed its course. At least five arrests were made and 27 officers were injured.

May Day demonstrations, which did not take place in 2020 over the COVID-19 pandemic, are held across France on Saturday.

Yellow Vest activists gathered at 10:00 a.m. (08:00 GMT) at Square du Marechal Juin. The procession, surrounded by a dense ring of police officers, is moving toward Republic Square, where a general demonstration starts at 12:00 GMT.

The Yellow Vest protests started in France in late 2018 in response to rising fuel prices and grew to a series of violent demonstrations calling for various economic reforms. Even after the government surrendered to the protesters’ demands and abandoned fuel tax rise, people continued flooding the streets, demanding an increase in wages, higher pensions and even the resignation of Emmanuel Macron, whom the protesters repeatedly dubbed as "the president of the rich."