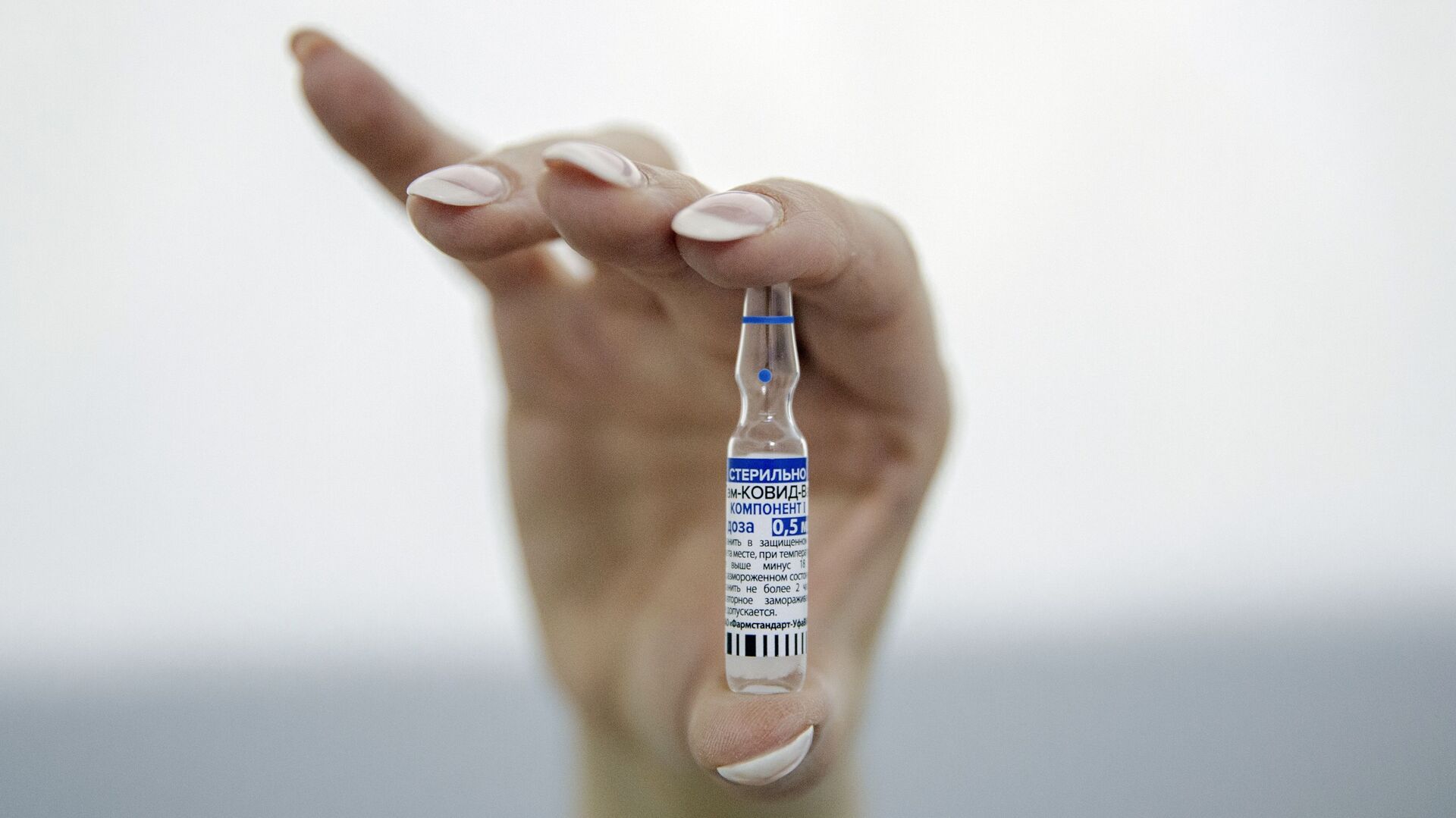 Dhairya Maheshwari
All materials
Sputnik V, which has demonstrated over 91.6 percent efficacy, has so far been approved in 64 countries across the world. In India, the Russian vaccine had been undergoing clinical trials between September last year and March, and was finally approved for usage by New Delhi in April. Sputnik V will be the third COVID jab to be rolled out in India.

The first batch of the Sputnik V vaccine landed in the Indian city of Hyderabad on Saturday evening, more than two weeks after it was granted emergency use authorisation by the Indian health authorities on 15 April.

Russia’s Ambassador to India Nikolay Kudashev said that the delivery of the Sputnik V jab, one of the most effective COVID vaccines in the world at present, would help the South Asian country to “mitigate the deadly second wave and save lives”.

“The efficacy of Sputnik V is among the highest in the world, and this vaccine will also be effective against new strains of COVID-19,” stated Kudashev.

The Russian envoy said in a statement that production of Sputnik V would commence in India in the coming days and the capacity would gradually be ramped up to produce up to 850 million doses annually.

The Russian Direct Investment Fund (RDIF), which is marketing the Sputnik V vaccine internationally, has entered into partnership with Indian company Dr Reddy’s to distribute the jabs in India. The RDIF has also entered into agreements with several Indian companies to manufacture Sputnik V locally.

The clinical trials of the vaccine commenced in September last year, concluding in March this year.

Gamaleya National Research Institute of Epidemiology and Microbiology, which manufactures Sputnik V, has said that the jab has an efficacy of over 91.6 percent, among the highest globally.

Sputnik V is the third COVID vaccine to be approved for usage in the South Asian country, which has been witnessing a virulent second COVID wave since the second week of April. The world’s fifth largest economy is already inoculating its population with AstraZeneca’s Covishield, which is being manufactured domestically by the Serum Institute of India (SII), as well as Bharat Biotech’s Covaxin, an Indian-made inoculation.

The daily infection count on Saturday shattered all previous global records, with over 400,000 fresh cases reported by the federal health ministry in 24 hours.

While the ‘second’ COVID surge has coincided with the surfacing of a new ‘Indian’ strain, the India health ministry has so far refused to link the surge in infections to the new virus strain, known as B.1.617.

The World Health Organisation (WHO) said this week that the new variant, which contains E484Q and L452R mutations in the S protein, has been detected in at least 17 other countries, including the United Kingdom, the US and Singapore. Several studies have pointed towards reduced efficacy of the COVID vaccine in neutralising the Indian strain, but India’s federal health ministry has so far refused to buy into the claims.

"If necessary, we will combat the Indian strain with the high concentrations of antibodies triggered by the Sputnik V vaccine. As a rule, it generates as many as 20, 30, 80 times more antibodies than necessary to neutralise the most of the virus in an infected organism. Sputnik V will be effective against the Indian strain," he was quoted as saying by TASS.

The delivery of Sputnik V jabs to India marks the third occasion since Friday when Moscow has supplied India with medical relief and supplies amid the second wave.

Indian Prime Minister Narendra Modi told Russian President Vladimir Putin in a telephone call that the medicines and equipment delivered by Russia were in great demand in the COVID-ravaged country.