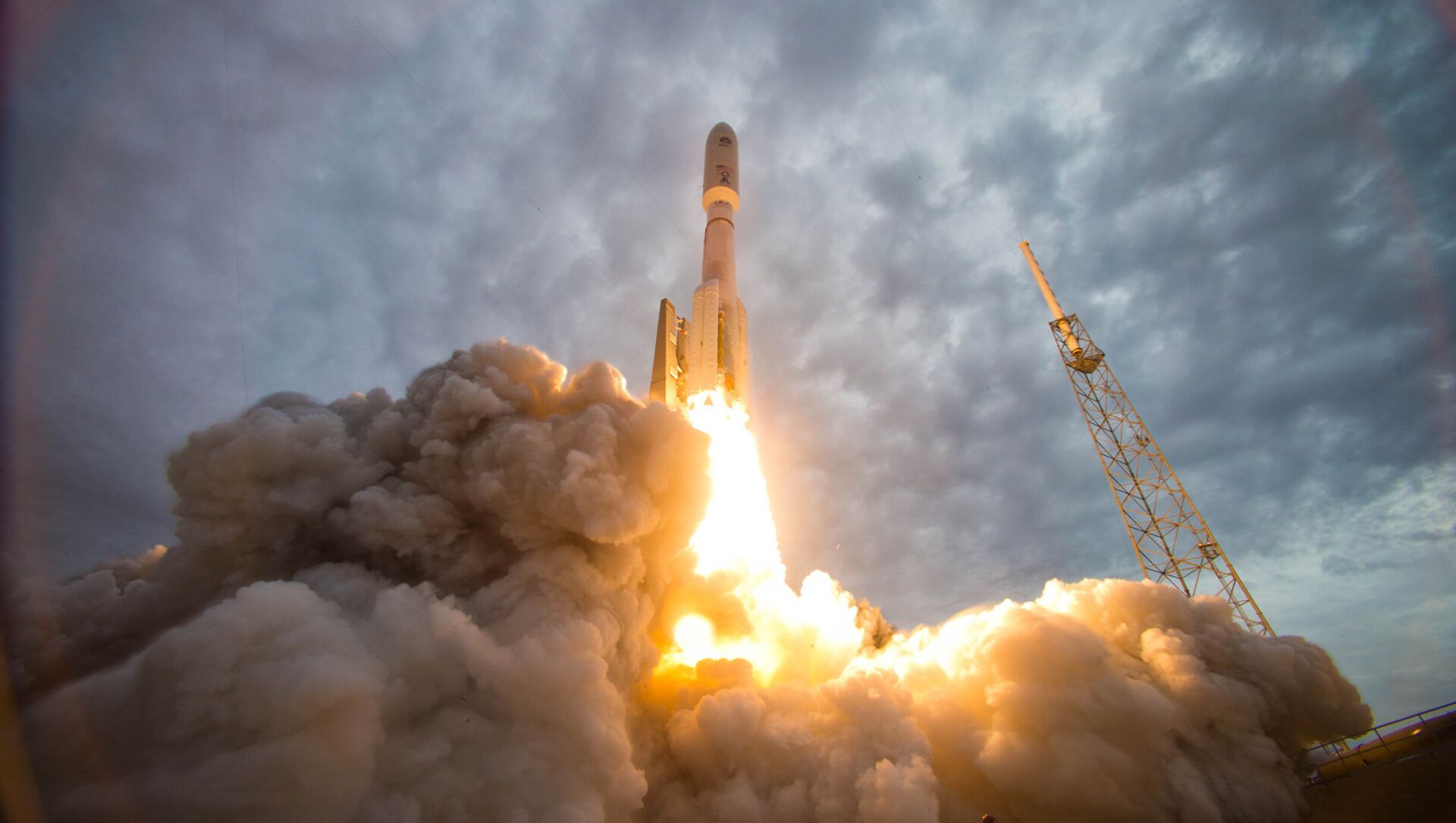 Svetlana Ekimenko
All materialsWrite to the author
Previously, the annual threat assessment report of the US Intelligence community released on 13 April cited a diverse array of threats, magnified by rapidly evolving technology, and warned of the broad national security challenges posed by China and Russia.

A United States Space Force general has warned that space has become a “warfighting domain”, just like air, land, and sea, with the newly-created branch of the military facing new challenges and evolving threats.

General John William "Jay" Raymond, who is the Chief of Space Operations for the US Space Force, appeared on Washington Post’s “The Path Forward” to claim that China, which was earlier designated a “pacing threat”, and Russia have developed “weapons that can either disrupt our satellites or destroy our satellites, from on the ground or in space, or in cyber”. 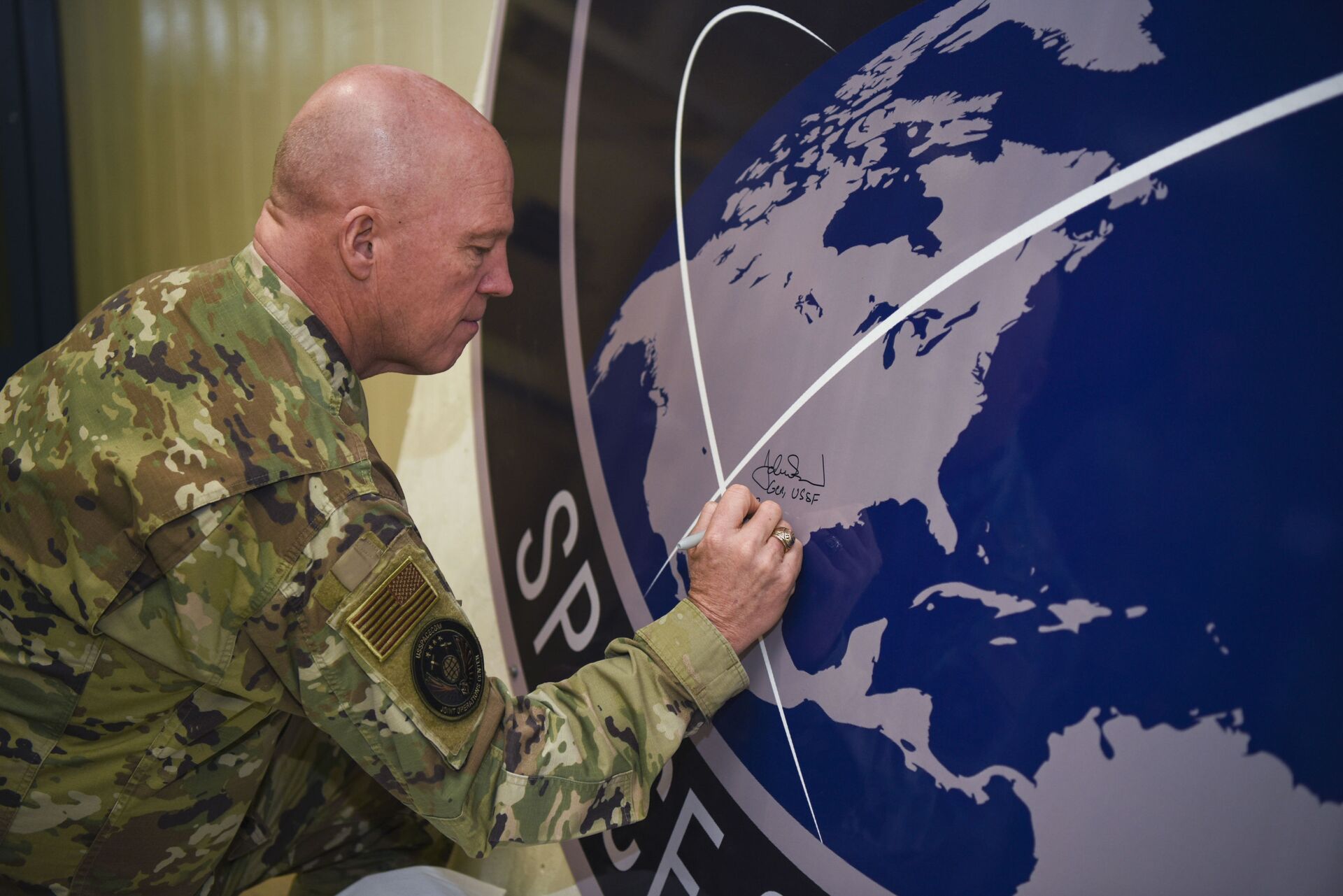 “It is something that has really materialised here over the last handful of years,” said the general, adding:

The general weighed in on the recent annual threat assessment report released on 13 April by the Office of the Director of National Intelligence (ODNI) which stated that, "China has already fielded ground-based [Anti-Satellite weapons] missiles intended to destroy satellites in [Low Earth Orbit] and ground-based ASAT lasers probably intended to blind or damage sensitive space-based optical sensors on LEO satellites."

As it assessed a multitude of threats to the US, against the backdrop of the ongoing coronavirus pandemic, such as nation-state competitors, like China and Russia, weapons of mass destruction and climate change, it underscored China’s reported preparedness to wield ASAT (anti-satellite) weapons to destroy American satellites. 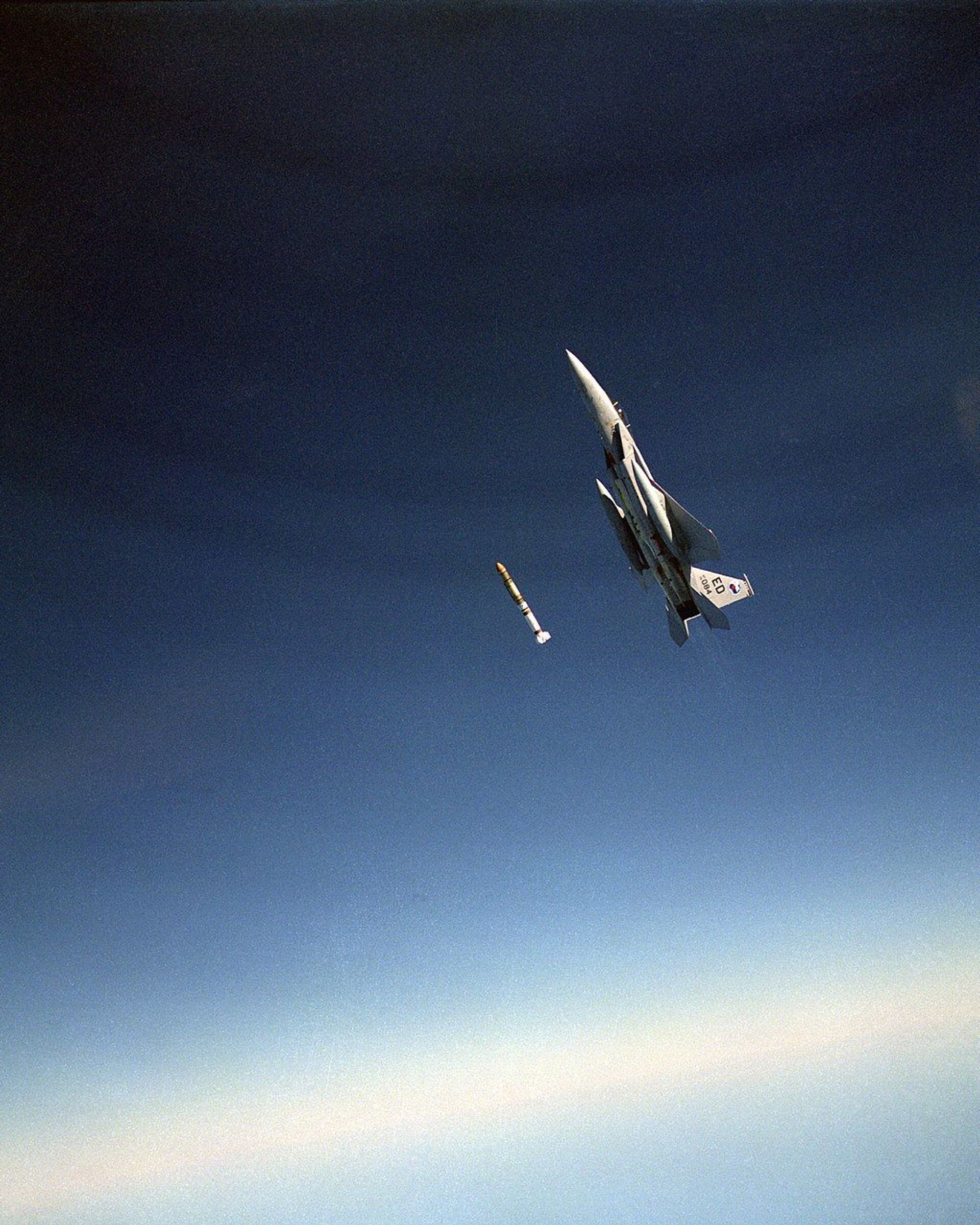 An air-to-air left side view of an F-15 Eagle aircraft releasing an anti-satellite (ASAT) missile during a test on Sep. 13, 1985, at the Pacific Missile Test Range, CA
© Paul E. Reynolds

Agreeing with the testimony, the General said a whole spectrum of threats ranged from “reversible jamming of communications satellites and GPS satellites” to lasers ostensibly being used to blind or dazzle US satellites.

It was emphasised that Chinese satellite Shijian 17 has got a robot arm that can reach out and grab other satellites.

“Our goal is to deter that…the full weight of the Joint Force will be employed to be able to deter that conflict from happening,” he stated.

US Air Force Under ‘Strain’

The remarks by Gen. John W. “Jay” Raymond, the first chief of space operations of the U.S. Space Force (USSF), come as a record number of Russian aircraft reportedly intercepted off North America’s west coast has sparked US concerns.

“We have certainly seen an increase in Russian activity. We intercepted over 60 aircraft last year. … We monitor more than that,” Lt. Gen. David Krumm said on 28 April from Joint Base Elmendorf-Richardson, Alaska, during an online forum hosted by the Air Force Association.

That number marked the most interactions in the Alaska Air Defense Identification Zone, spanning 200 nautical miles into international airspace, since the dissolution of the Soviet Union in 1991, according to an Air Force Times report. 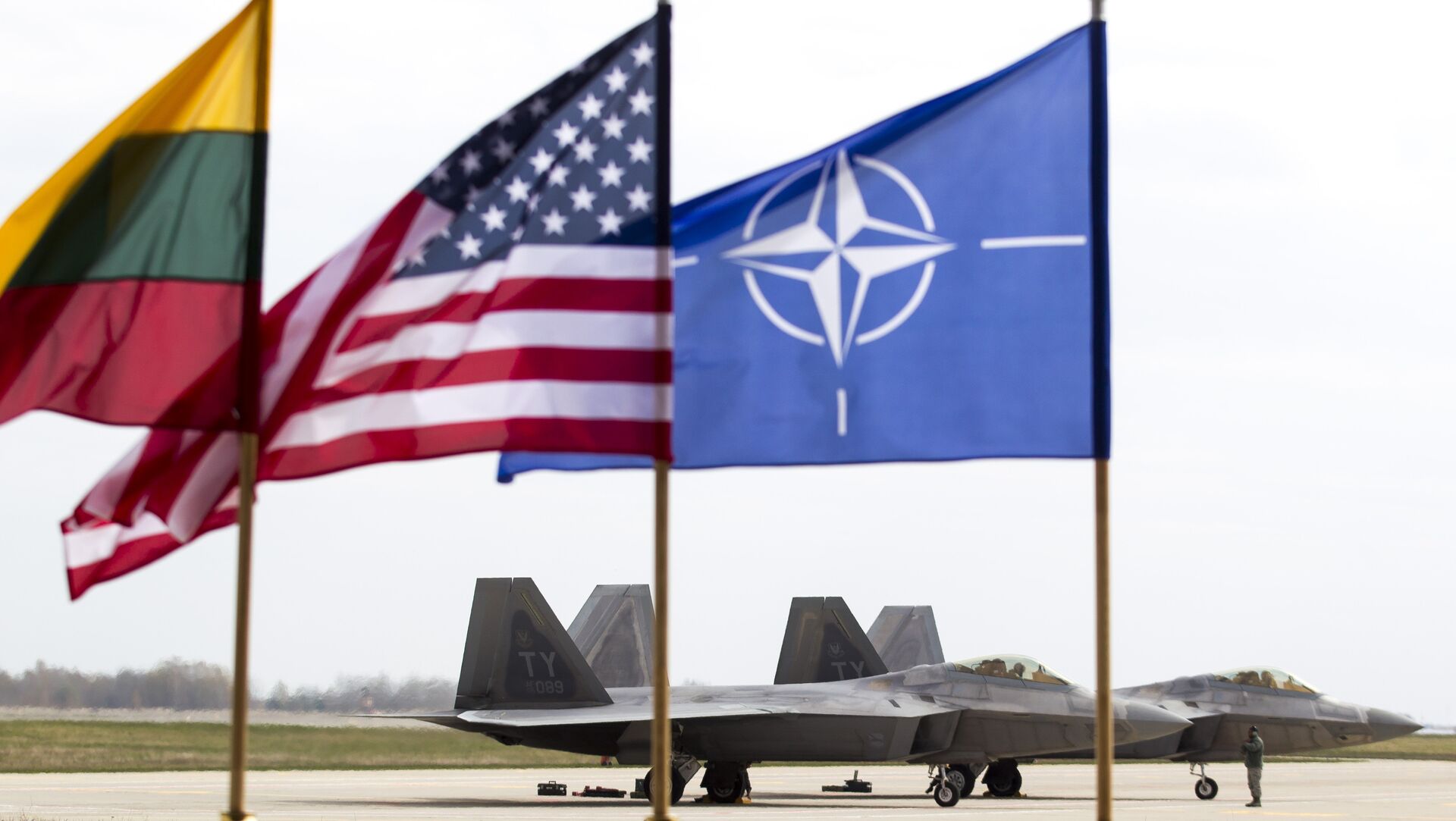 “While there is a strain on our units, I will tell you that they’re managing it very, very effectively,” said Krumm, who serves as head of U.S. Northern Command’s Alaska branch, NORAD’s Alaskan region, and the 11th Air Force under Pacific Air Forces.

As US adversaries over the past several years have reportedly developed advanced radars to detect incoming aircraft, coupling them with long-range missiles that are able to potentially “outgun” American military weapons, the Air Force has been to explore novel integration of tactics and techniques, according to The Drive. 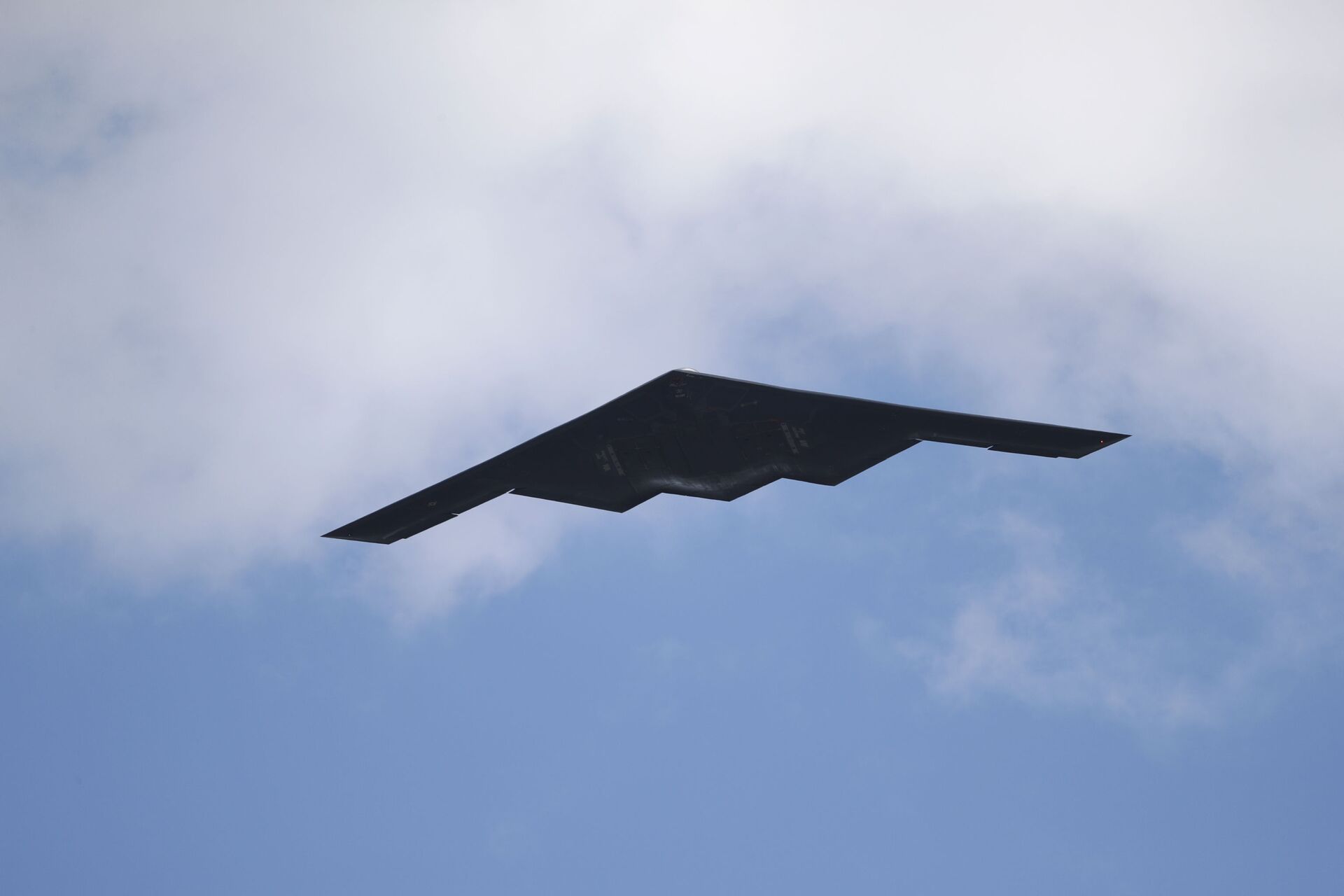 A B-2 Spirit stealth bomber, assigned to the 509th/131st Bomb Wings out of Whiteman Air Force Base, performs a flyover of Barnes-Jewish Hospital to honor healthcare professionals and essential employees fighting against the coronavirus Friday, May 8, 2020, in St. Louis.
© AP Photo / Jeff Roberson

The US Air Force concluded a two-day, $1.4 million exercise in august 2020 to evaluate the F-35 fighter jet’s ability to provide its electronic warfare capabilities to other stealthy reconnaissance and bombing platforms, such as the B-2 and the RQ-170 reconnaissance drone.

The event was held at Nellis Air Force Base, Nevada, according to a news release from the Air Force.