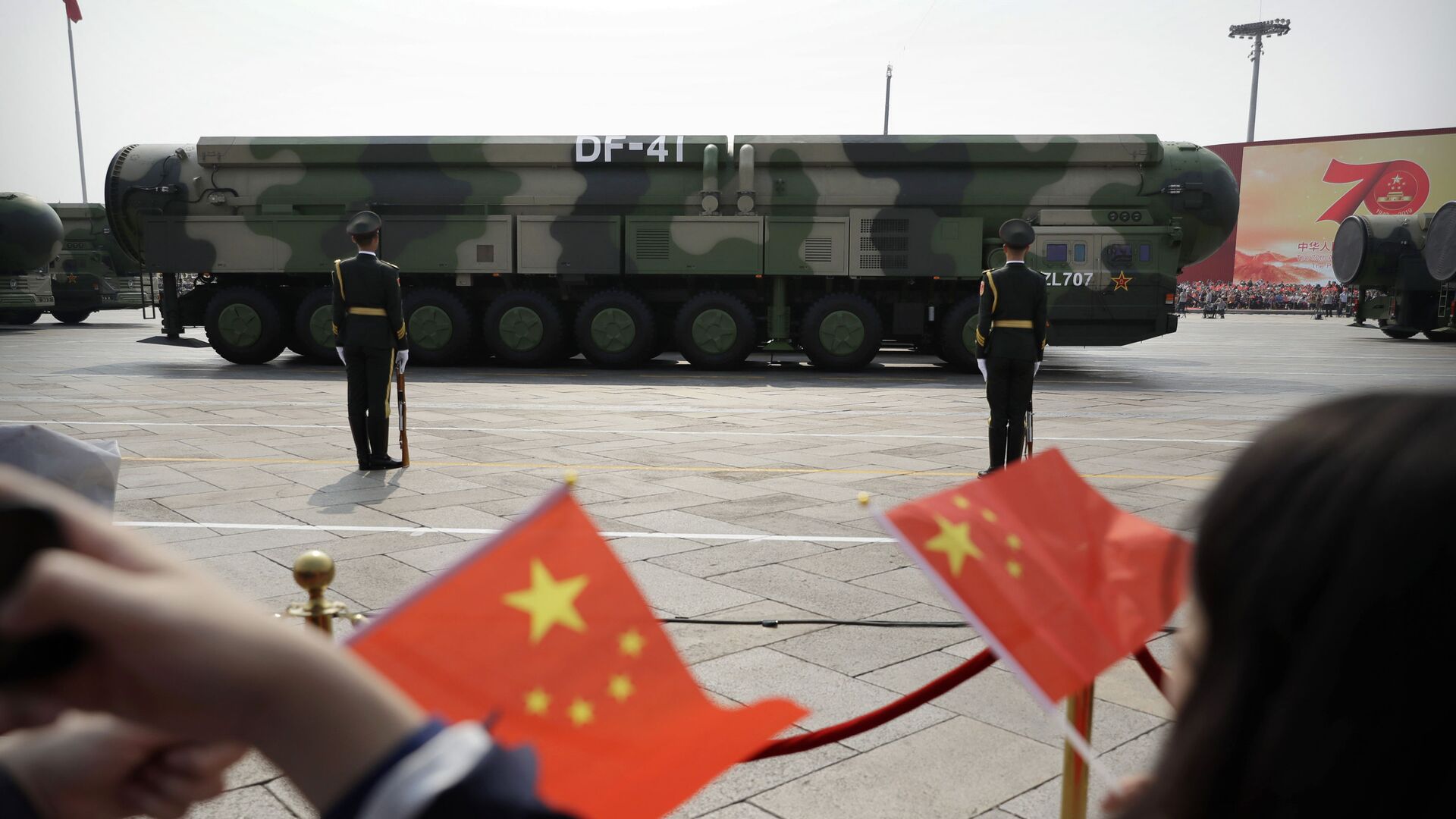 Svetlana Ekimenko
All materialsWrite to the author
China’s effort to expand its influence was estimated as one of the largest threats facing the United States, according to a major annual intelligence report released on 13 April, which also foresaw Beijing at least doubling its nuclear stockpile over the next decade.

US Congress has been warned that China’s military is judged to be ramping up its nuclear arsenal and delivery systems at a pace that belies the Defense Intelligence Agency’s previous estimate of when Beijing will double its warhead stockpile.

The forecast was offered by Defense Intelligence Agency Director Lt. General Scott Berrier, as he testified at a Senate Armed Services Hearing on Capitol Hill in Washington, DC on Thursday to elaborate on worldwide threats challenging the United States.

China is growing more aggressive - expanding its power projection around the world, including in Africa. I’ve seen evidence of it myself. @DefenseIntel Director LTG Berrier confirmed today China is looking to place military forces in Africa, as well as in Latin and South America. pic.twitter.com/qB8RT54Tyl

​China’s nuclear forces, encompassing an array of ground-based mobile missiles, nuclear missile submarines and bombers, were estimated by the Federation of American Scientists to have an arsenal of about 260 total warheads as of 2015. 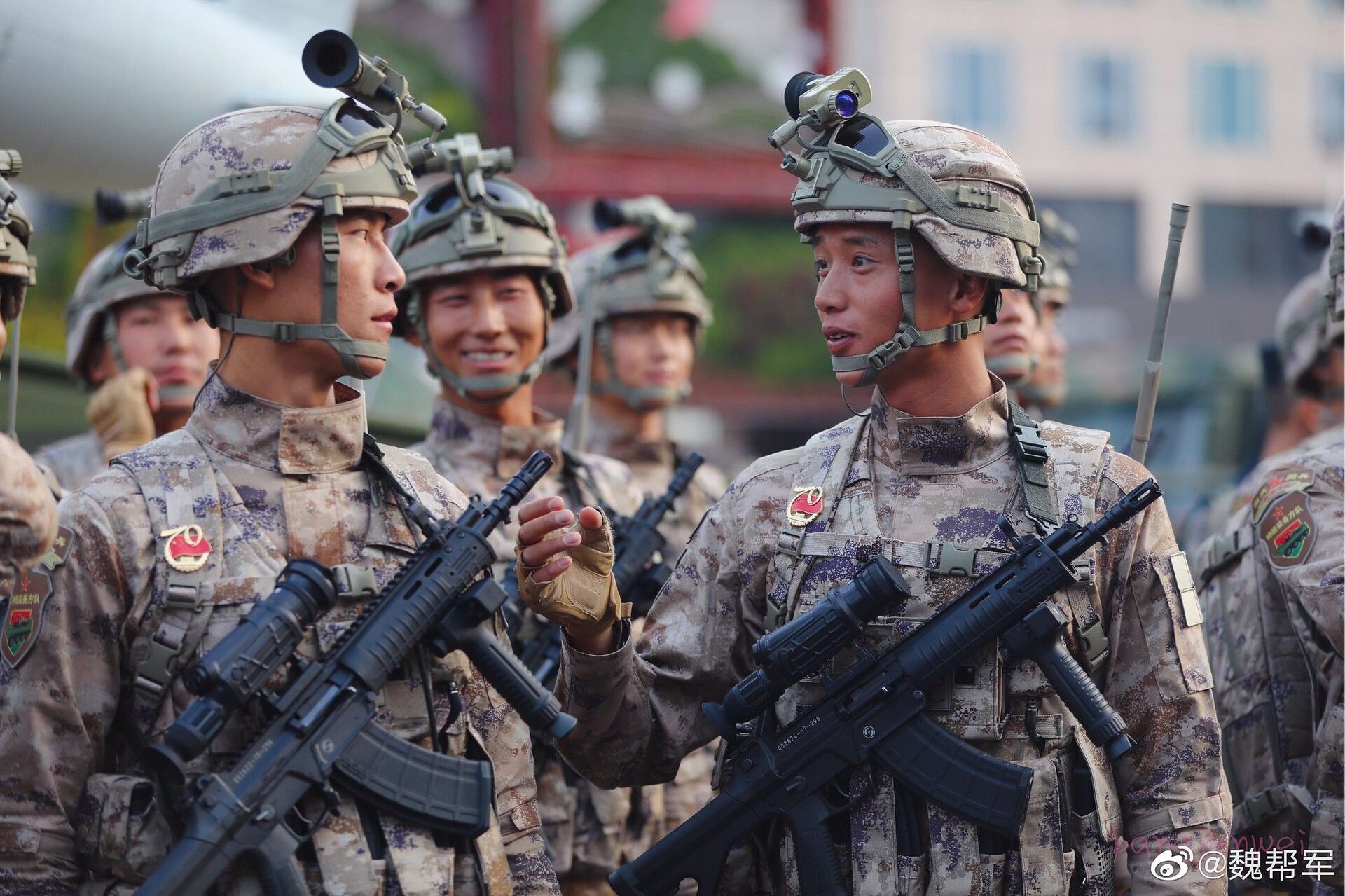 According to the Washington-based Arms Control Association, the number suggested was 290. The US Defense Department’s most recent report on the Chinese military stated that China’s warhead stockpile was “currently estimated to be in the low-200s.”

The People’s Liberation Army was estimated by the DIA last year to be on course to double its stockpile of nuclear warheads by the year 2030.

“Since then, Beijing has accelerated its nuclear expansion and is on track to exceed our previous projection. PLA nuclear forces are expected to continue to grow with their nuclear stockpile likely to at least double in size over this decade and increase the threat to the US homeland,” said Gen. Berrier.

According to the general, the accelerated nuclear buildup is part of a “massive military modernisation” by Beijing, launched to serve as a “deterrent.” 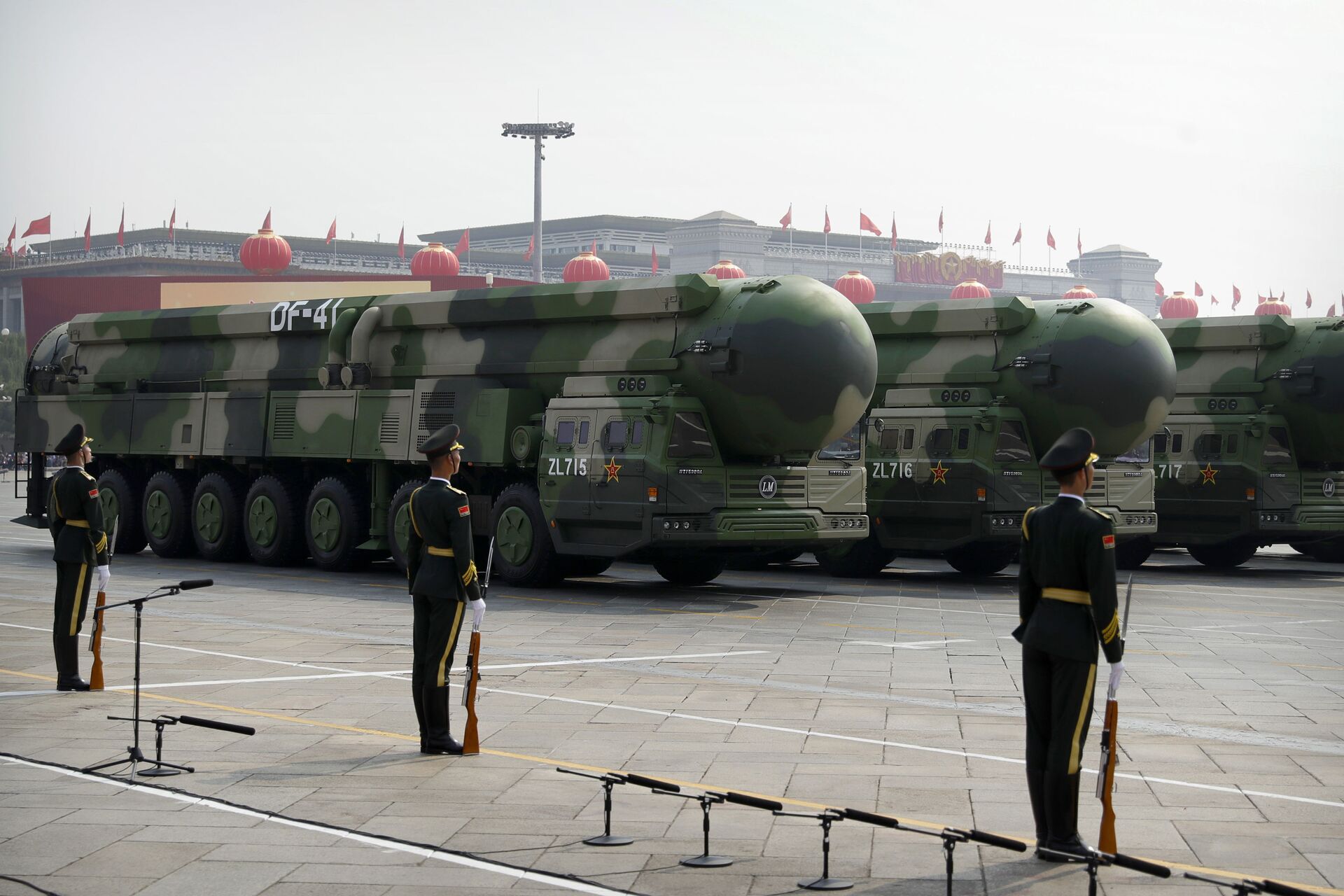 In his remarks before the committee, Berrier called China “the long-term strategic competitor to the United States,” and said that “as a pacing threat, [Beijing] poses a major security challenge,” particularly as it ramps up its military capabilities to enable it to “almost certainly…hold US and allied forces at greater risk and greater distances from the Chinese mainland.”

Elsewhere in his wide-ranging testimony, DIA Director Army Lt. Gen. Scott Berrier told the Senate Armed Services Committee hearing that China was actively using information warfare surrounding the COVID-19 pandemic to undermine Western governments. The US and China have exchanged mutual allegations for nearly a year now accusing one another of purposely or accidentally releasing the SARS-CoV-2 pathogen.

Earlier in April, China’s effort to expand its clout were pronounced as one of the largest threats to the United States.

A major annual intelligence report released on 13 April also warned of the broad national security challenges posed by Beijing, as it outlined potential so-called gray-zone battles for power, which will witness intensified intelligence operations and cyberattacks.

The report puts China’s push for “global power” first on the list of threats, followed by Russia, Iran and North Korea, saying:

“China increasingly is a near-peer competitor, challenging the United States in multiple arenas — especially economically, militarily and technologically — and is pushing to change global norms.”

Foreseeing China at least doubling its nuclear stockpile over the next decade, the report claimed that Beijing was “not interested in arms-control agreements that restrict its modernization plans.”

China is one of the five nuclear weapons states (NWS) recognized by the Nuclear Non-Proliferation Treaty, which the nation ratified in 1992. 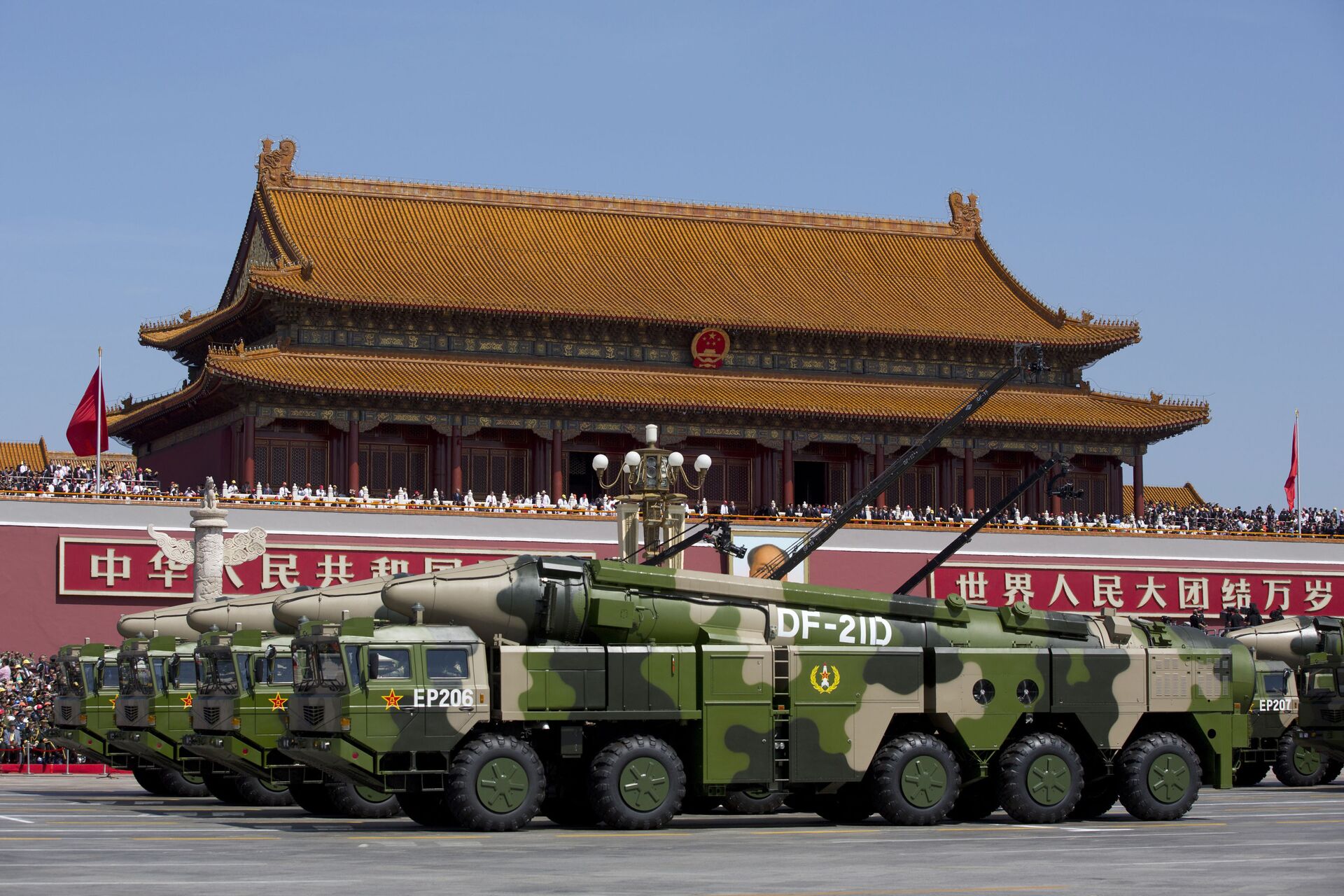 In 2005, the Chinese Foreign Ministry released a white paper underscoring that the government "would not be the first to use [nuclear] weapons at any time and in any circumstance", and this "no first use" policy would remain unchanged.

China triggered Washington’s ire when it refused to join talks in 2020 between the US and Russia on extending their bilateral New START nuclear arms reduction treaty.

Washington had sought to broaden the accord into a three-way deal that would also include China.

China's position, however, was that nuclear warhead arsenal is a small fraction of the US and Russia arsenals.

New START, which obliges the United States and Russia to halve their inventories of strategic nuclear-missile launchers, was set to expire in February 2021 and has been extended until 5 February 2026.