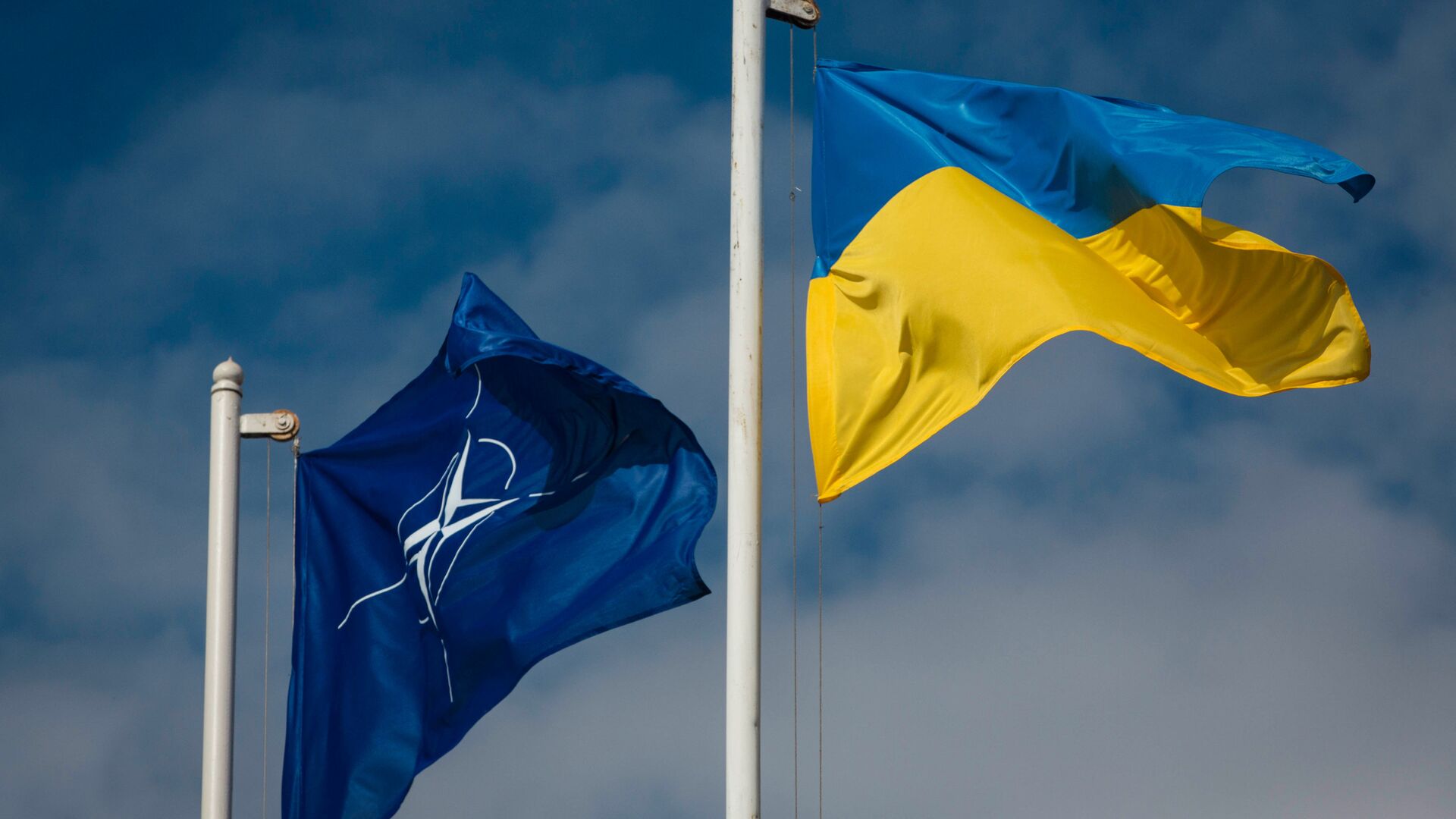 Morgan Artyukhina
All materialsWrite to the author
Recent weeks have seen a tense standoff as Russian troops moved south for readiness drills and Kiev and Washington declared a Russian invasion of Ukraine was imminent. Earlier this year, Kiev laid out plans to retake the Crimea, which voted to rejoin Russia in 2014 following a US-backed right-wing nationalist coup in Kiev.

“I think you are very aware that the Biden administration remains committed to ensuring that NATO’s door remains open to aspirants when they are ready and able to meet commitments and obligations. We are committed certainly to ensuring that the country like Ukraine can work to meet those standards,” Acting US Assistant Secretary of State for European and Eurasian Affairs Philip Reeker told reporters Friday.

His words come just days before US Secretary of State Antony Blinken is scheduled to visit Ukraine and a few weeks after Blinken met with Ukrainian Foreign Minister Dmytro Kuleba in Brussels. After that meeting, Kuleba said the US "stands firmly behind the sovereignty and the territorial integrity of Ukraine," adding that he and Blinken had "agreed to raise the level of ambition and begin a new day in our relations."

In June 2020, the NATO alliance recognized Ukraine as an "enhanced opportunities partner," a change the alliance said "aims to maintain and deepen cooperation between Allies and partners that have made significant contributions to NATO-led operations and missions."

"As a NATO partner, Ukraine has provided troops to Allied operations, including in Afghanistan and Kosovo, as well as to the NATO Response Force and NATO exercises. Allies highly value these significant contributions, which demonstrate Ukraine’s commitment to Euro-Atlantic security," the release stated. "As an Enhanced Opportunities Partner, Ukraine will benefit from tailor-made opportunities to help sustain such contributions. This includes enhanced access to interoperability programs and exercises, and more sharing of information, including lessons learned."

However, it also noted that the change "does not prejudge any decisions on NATO membership." Other NATO enhanced opportunities partners include Australia, Finland, Georgia, Jordan and Sweden.

According to NATO, the terms for joining the mutual defense alliance include "a functioning democratic political system based on a market economy; fair treatment of minority populations; a commitment to resolve conflicts peacefully; an ability and willingness to make a military contribution to NATO operations; and a commitment to democratic civil-military relations and institutions."

Tensions have been high between Ukraine and Russia since February 2014, when a US-backed coup forced then-Ukrainian President Viktor Yanukovych from power and ushered in a right-wing nationalist government bent on reducing the status of the country's large Russian-speaking minority.

The incident prompted Russian-speaking Crimea to secede from Ukraine and vote in a referendum to rejoin Russia, while several Russian-majority cities in the Donets River basin in eastern Ukraine rose in rebellion against Kiev. The war that has raged ever since has claimed more than 13,000 lives. Kiev and Washington have claimed Russia is arming the autonomous rebels but Moscow has consistently denied it is a party to the conflict. 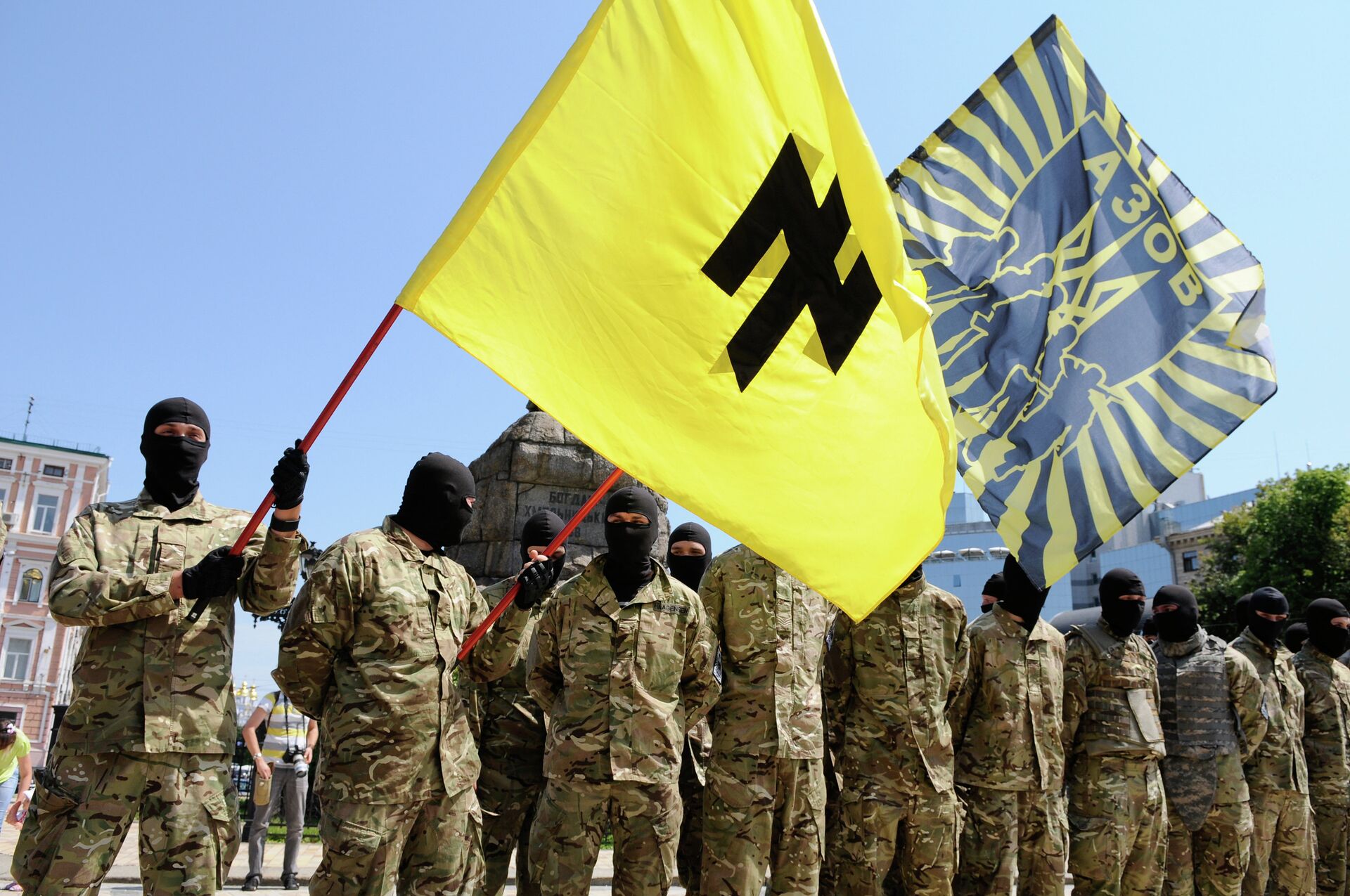 Western nations have refused to recognize Crimea's referendum on rejoining Russia, declaring it to be an "illegal annexation" and holding the move up as proof of Russian President Vladimir Putin's aggressive and expansionist intentions. NATO subsequently began an Enhanced Forward Presence deployment of four battalion battle groups to four countries on Russia's western border: Poland, Lithuania, Latvia and Estonia, and new military installations have been built in Romania.

Meanwhile, the US has grown increasingly close to the Ukrainian government, providing them with arms and diplomatic support.

Amid the most recent tense moment, as Russian forces conducted awareness drills in the country's south and west several weeks ago, Ukrainian President Volodymyr Zelenskyy remarked that Ukraine joining NATO was "the only way to end the war in Donbas. The MAP [membership action plan for joining NATO] will be a real signal for Russia."

In response, Russian Foreign Ministry Spokeswoman Maria Zakharova noted that "hypothetical membership in the alliance would, contrary to Kiev’s expectations, not bring peace to Ukraine but would result in a large-scale escalation in its southeast and may lead to irreversible consequences for Ukrainian statehood."

In March, the National Security and Defense Council of Ukraine approved, and Ukrainian President Voldymyr Zelenskyy subsequently put into effect, a “Strategy for Deoccupation and Reintegration of the Temporarily Occupied Territory of the Autonomous Republic of Crimea and the City of Sevastopol." The document blames the Yanukovych government for "treason" by signing the Kharkov Pact in 2010, allowing Russia to lease the naval base at Sevastopol until 2042 and for Russia to potentially provide Ukraine with discounted natural gas. The document further calls on the 236 lawmakers who voted to pass the pact be charged with treason.

NATO was formed in 1949 by several Western powers amid fears that communist parties with rising popularity could come to power in Europe and invite the Soviet Union's Red Army into them, as Czechoslovakia had the year prior. A few years later in 1955, the Soviet Union and the socialist nations of the Eastern Bloc signed their own collective defense agreement, known as the Warsaw Pact.

After the end of socialism in Central and Eastern Europe in the late 1980s and early 1990s, the Warsaw Pact was dissolved. However, while then-US Secretary of State James Baker gave Soviet President Mikhail Gorbachev a verbal promise that NATO would expand “not one inch eastward” after the end of the Warsaw Pact, it has subsequently done just that, incorporating a number of former Soviet allies and even former Soviet republics that broke away as the USSR dissolved in 1991.