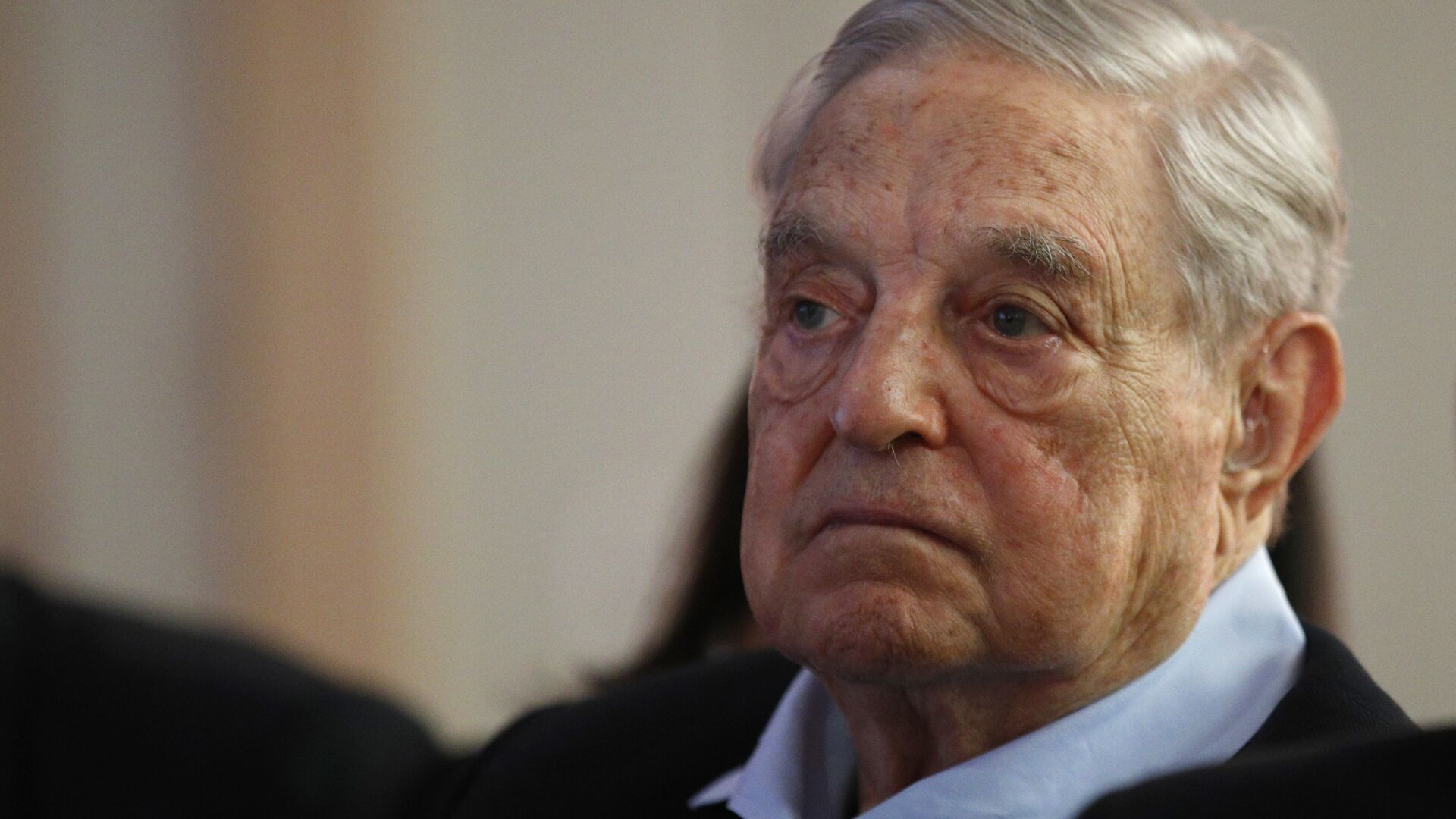 Ilya Tsukanov
All materialsWrite to the author
Billionaire hedge fund manager George Soros has committed hundreds of millions of dollars to "civil society initiatives" aimed at shaping political discourse and processes in many countries. Moscow banned the activities of his Open Society Foundations (OSF) in 2015, deeming they pose a threat to national security and Russia’s constitutional order.

George Soros and his Open Society Foundations undoubtedly played a role in the widespread unrest which rocked the United States last year following the police killing of George Floyd at the hands of police, Nikolai Patrushev, chief of the Russian Security Council, believes.

“As you know, he who sows the wind will reap the whirlwind. The same Soros Foundation [involved in colour revolutions abroad and the protests in the US] has no plans to scale down its projects. Moreover, it is working to give them a systematic character,” Patrushev said, speaking to Russian media in an interview published on Friday.

“Soros and his surrogates are moving toward independently establishing criteria about which governments are declared objectionable, with all the ensuing consequences of such a designation. I think the time is not far off when the West begins to impose sanctions or even launch military strikes against sovereign states on the basis of recommendations made by the reports of non-governmental organisations,” the official suggested.

Patrushev pointed out that something similar has already taken place in Syria, with the US and its allies bombing the Middle Eastern nation on the basis of (since debunked) reports of gas attacks by the White Helmets "rescue group."

“Today, the prevention of such lawlessness is one of the key tasks for sovereign nations which are not ready to live by rules imposed from the outside,” the official stressed.

Commenting on Soros’ special interest in Russia, Patrushev suggested that he was just one actor among many in centuries of Russophobic attitudes in the West. “Take, for example, [Czar] Ivan the Formidable, who is for some reason called ‘Ivan the Terrible’ in the West. The black legend about him as a cruel tyrant began to circulate during his lifetime thanks to Western chroniclers seeking to divert Europeans’ attention from what was going on in their own countries. They did not like the fact that the Russian czar did not recognise their political and moral leadership. Because even during this period a long time ago Moscow looked at the West with caution and saw what was happening there – massacres for religious reasons, the Inquisition, witch hunts, the monstrous colonial enslavement of peoples, and other deeds which the West now prefers not to remember.”

Centuries later, Patrushev believes that a “clear analogy” can be seen, with officials in the United States and Europe using every means possible to suppress dissent and restrict the civil rights of those who are not prepared to support so-called "Western values," “but at the same time continue to portray our country as the main threat to freedom and tolerance.”

“Generally speaking, Russophobic practices remain the same today as they existed hundreds of years ago,” the official concluded.

Soros is a popular target for both governments and politicians across the political spectrum as the public face of questionable NGO activity in meddling in the affairs of sovereign countries. The hedge fund manager began his political activities in the 1980s in Eastern Europe, providing funding and organisational support to anti-communist forces in Hungary, Poland, and other Eastern Bloc nations. In the 1990s, his foundations spread into the former Soviet Union, including Ukraine and Russia, and provided support for the colour revolutions which rocked many post-Soviet states in the 2000s and 2010s.

Soros-Funded Outlet Taking UK Cabinet to Court Over Handling of Freedom of Information Act
By the mid-2010s, OSF had opened offices throughout the world, from Europe and Eurasia to Asia, Africa, the Middle East, Latin America, and the United States itself.

During the presidency of Donald Trump, Soros’ foundations “partnered” with over 50 organisations aimed at bringing him down. In 2017, over 150,000 Americans signed a White House petition to have Soros declared a domestic terrorist and to strip him of his assets. Before the election, Soros actively supported Hillary Clinton and the Democratic Party, officially contributing over $10.5 million to her campaign, while also funding anti-Trump Republicans like the neoconservative McCain Institute. In 2020, Soros-supported district attorneys were accused of involvement in fighting the federal government in court during the George Floyd protests. Following Joe Biden’s election, Soros publicly committed tens of millions of dollars to lobby Biden’s “once-in-a-generation” $2.3 trillion infrastructure spending plan.

In the financial world, Soros is best known for his currency speculation operations against the British pound in 1992, which earned him a cool billion dollars in profits but caused a run on the pound and billions in losses for the British state. In 2002, Soros was convicted of insider trading by a French court, with the conviction upheld by the European Court of Human Rights in 2011.