Powerful Force: Presumed Cause for Sinking of Indonesian Submarine Unveiled 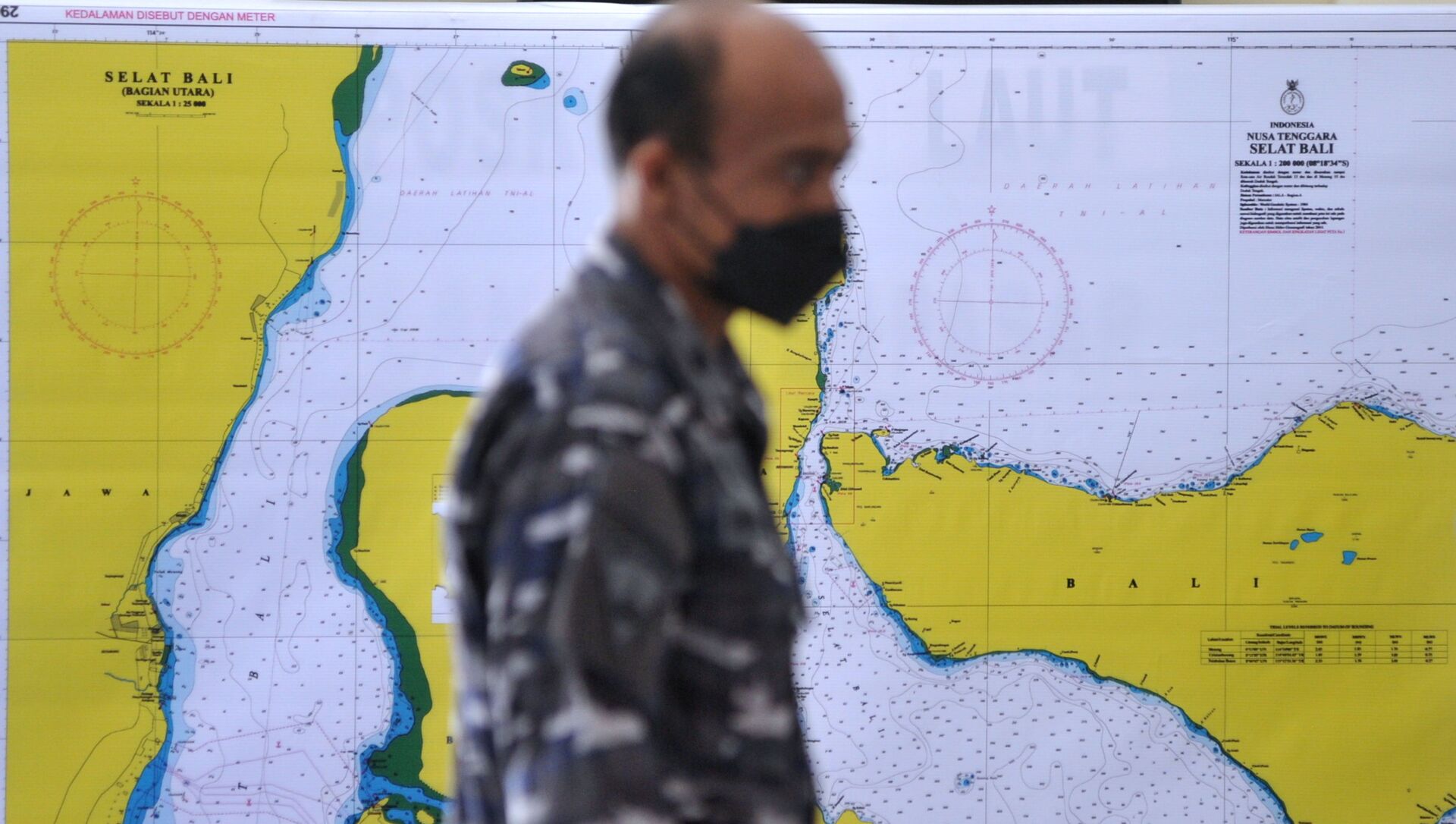 A powerful but invisible phenomenon known as an “internal solitary wave” is being blamed for sinking the KRI Nanggala 402 submarine off the coast of Bali, according to Indonesian naval authorities.

An internal wave is a natural phenomenon caused by variations in water density which produce turbulent underwater movement in the ocean, often when a layer of warm water meets a cold one. 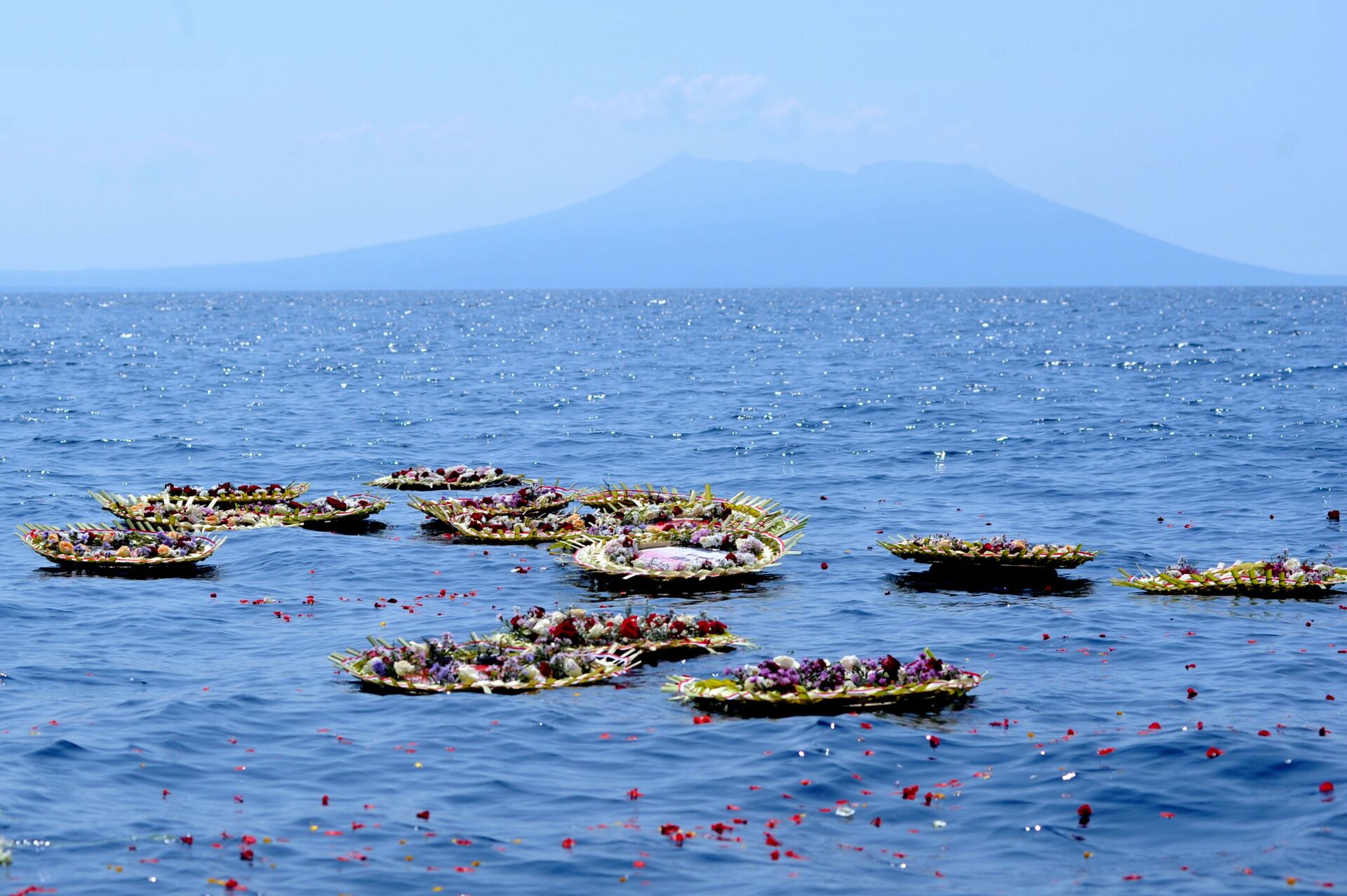 Flowers and petals with names of the sunken KRI Nanggala-402 submarine crew members are seen at the sea near Labuhan Lalang, Bali, Indonesia April 26, 2021, in this photo taken by Antara Foto/Fikri Yusuf/via Reuters
© REUTERS / ANTARA FOTO

These waves are believed to cause intense vertical currents which are virtually invisible above the water, but are so powerful that they can actually “drag the sub vertically so it would sink faster than it should”, according to the submarine’s former commander Rear Admiral Muhammad Ali.

Rumours the Sub Was Shot

"Our suspicion falls on natural conditions. Because an internal solitary wave occurred at that time in the north of Bali," Rear Admiral Ali argued this week, while dismissing speculations that the vessel could have been “shot” by a passing foreign vessel as “outrageous”.

"We had many above-water ships during the time of the incident, and they have sonars, which could have detected an explosion if it happened,” the admiral, who is an assistant to the Indonesian navy chief of staff, added.

He also said that a claim that the 33-berth vessel was overloaded when it sunk was not true, as Navy-operated subs usually carry teams of over 50 personnel despite having fewer berths available. 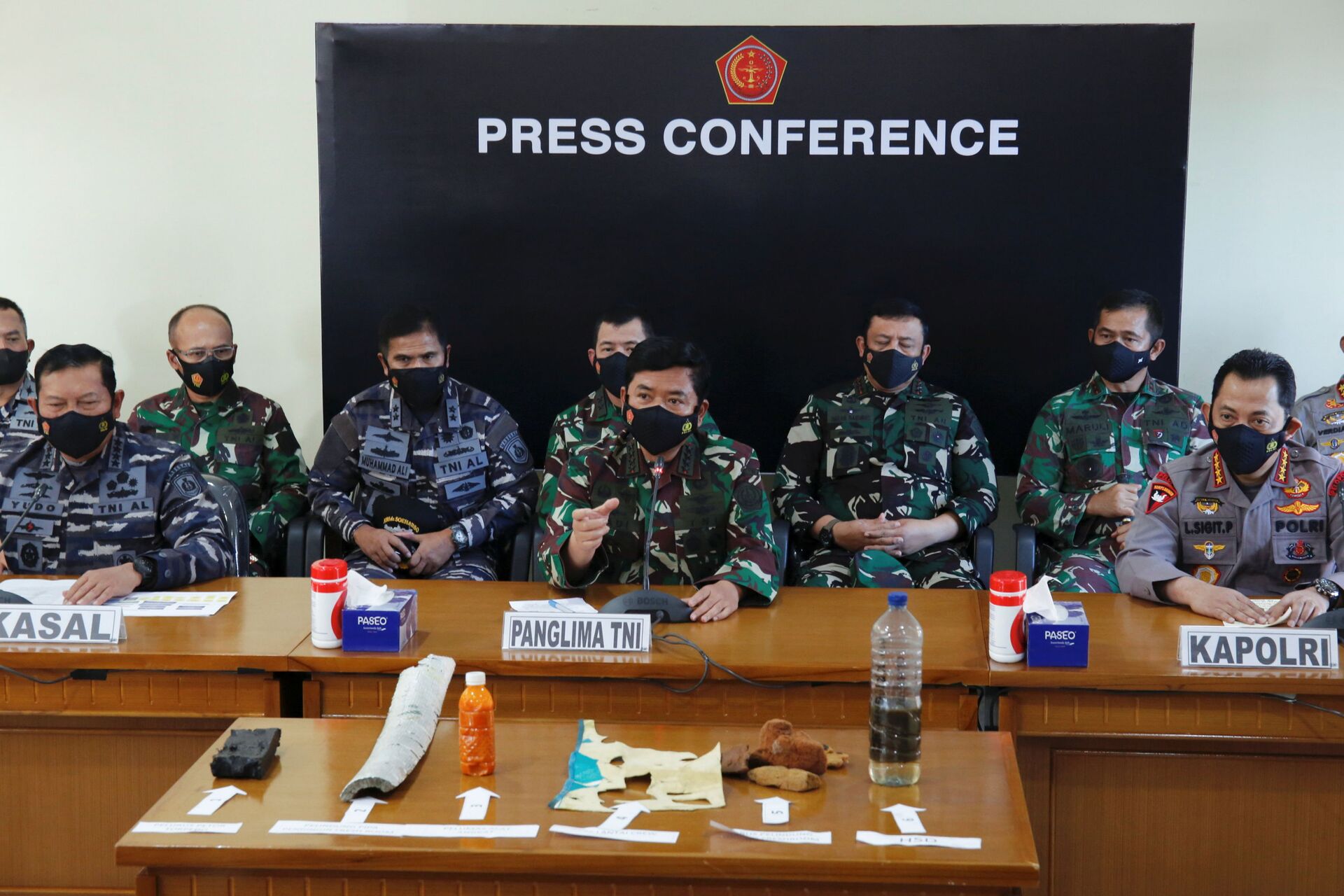 Indonesian Military chief Hadi Tjahjanto delivers his speech as the debris believed to be from the missing Indonesian Navy KRI Nanggala-402 submarine is displayed during a media conference at Ngurah Rai Airport in Bali, Indonesia, April 24, 2021
© REUTERS / JOHANNES CHRISTO

While an investigation into the sinking of the KRI Nanggala 402 is still ongoing, the images from Japanese weather satellite Himawari 8 reveal that a powerful internal wave was indeed recorded on the morning of the submarine’s disappearance, not far from the location where it went underwater.

The differences in density of waters off Bali and in the nearby Lombok Strait are believed to be strong enough to generate a powerful internal wave capable of dragging the vessel down, effectively leaving its 53 crew members with no chances to survive. According to media reports citing the military, the sailors had oxygen supply reserves for just three days when the submarine went missing on 21 April.

‘Nothing They Could Do’

On 24 April, debris from the vessel was discovered on the sea’s surface near Bali, with underwater scans later identifying the submarine’s remains with all crew members on board pronounced dead. The ship is said to have split into three major parts, with the largest pieces of debris found at a depth of 838 meters.

"There was nothing that they could do, no time to do anything... if the sub was brought down by such a wave. It likely angled [downward], causing all the crew members to roll down [to the bottom of the vessel]," Iwan Isnurwanto, commander of the Navy Staff and Command School, said during a news briefing in Jakarta, as quoted by Nikkei Asia.

"We have to do further investigation, but that is most likely what happened”, the commander added. “No one can fight nature”. 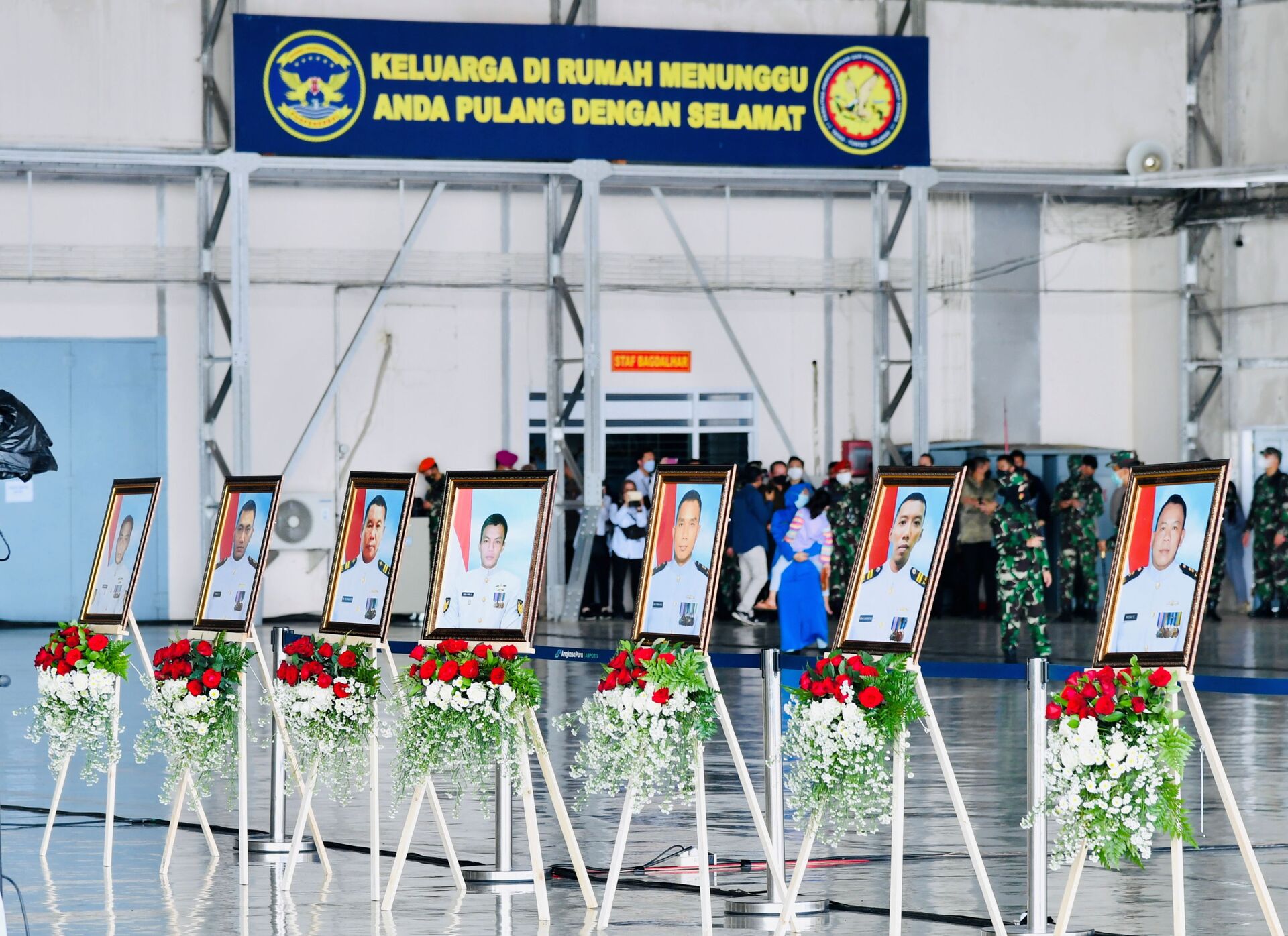 Portrait pictures of the sunken KRI Nanggala-402 submarine crew members are displayed during a visit from Indonesian President Joko Widodo at a navy airbase in Sidoarjo, East Java Province, Indonesia, April 29, 2021
© REUTERS / Indonesian Presidential Palace
Newsfeed
0
Access to the chat has been blocked for violating the rules . You will be able to participate again through:∞. If you do not agree with the blocking, please use the feedback form
The discussion is closed. You can participate in the discussion within 24 hours after the publication of the article.
To participate in the discussion
log in or register
loader
Chats
Заголовок открываемого материала