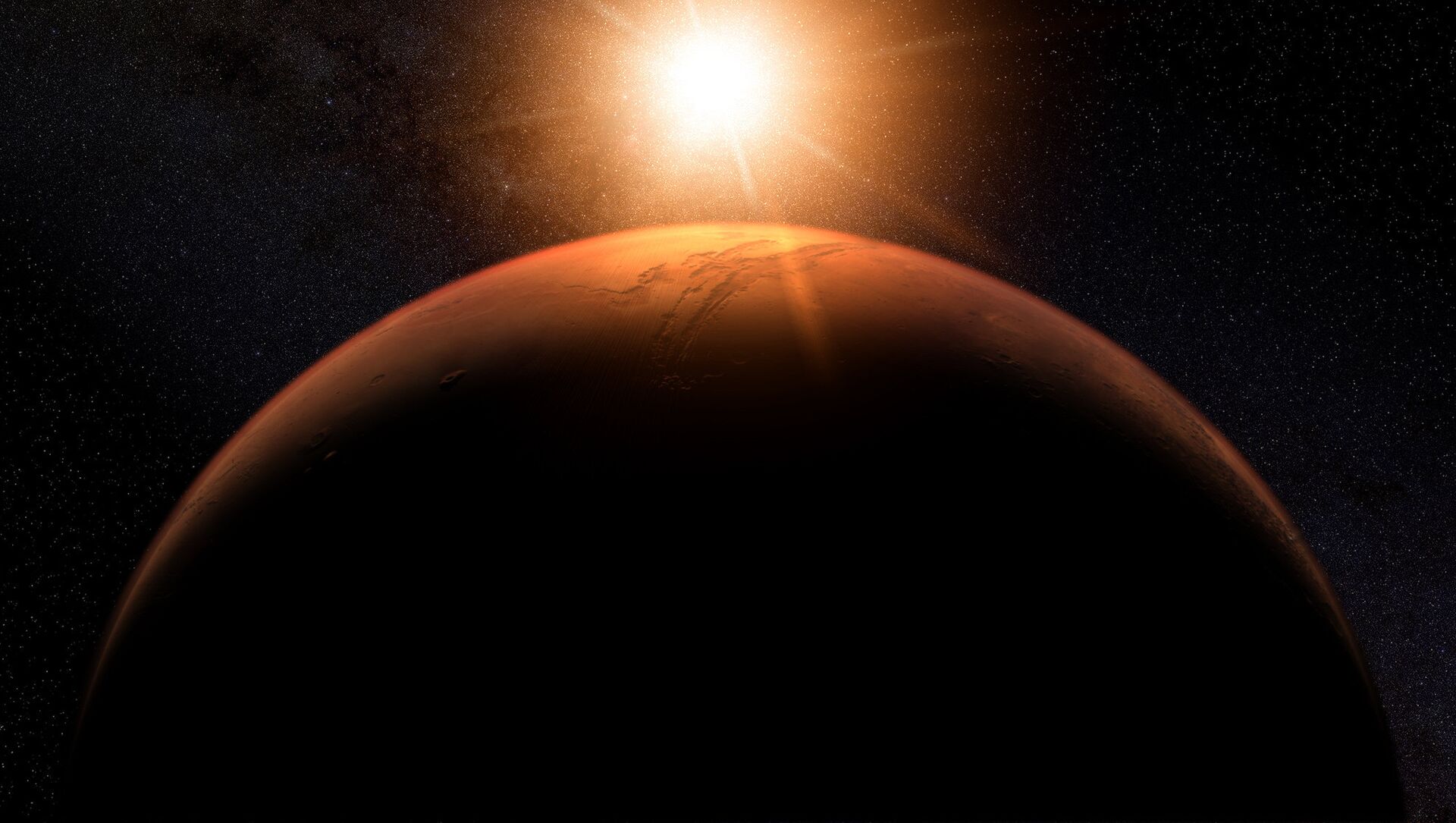 Aleksandra Serebriakova
Moscow-based Sputnik correspondent specializing in foreign affairs.
All materialsWrite to the author
While Perseverance rover is rolling over the Red Planet studying its geology and taking fancy selfies with the help of the Ingenuity helicopter, researchers back on Earth are looking forward to welcome and investigating the first Martian soil samples in the upcoming years.

Bringing rocks from the Marian surface to Earth does not seem very exciting to a small group of enthusiasts from The International Committee Against Mars Sample Return (ICAMSR), who warn about incredible risks these life-bearing samples may pose to our home planet, including an immense “Martian plague”.

The National Aeronautics and Space Administration (NASA) and the European Space Agency (ESA) are working together on The Mars Sample Return Campaign in an effort to bring precious rocks and soil to Earth for detailed tests. They plan to launch a lander in 2026 to pick up samples collected by the Perseverance rover which landed on the Red planet in February. So the Martian soils – including some micro-organisms which potentially inhabit them – may end up on our planet in the next decade.

According to NASA, “returning pristine samples of Mars to Earth has been a goal for generations of planetary scientists.”

Dr. Gilbert Levin is not very enthusiastic about this. The engineer, who was the one investigating NASA's Viking programme, which ran from 1975 to 1983, told the Daily Star that there is a “real chance” the Red Planet is inhabited by life forms that would leak to Earth, potentially causing a new, devastating pandemic from which we have no defence.

"I fear that, even if a safe Mars Sample Return container could be made and brought to Earth, there is a good probability that some of the sample would escape from the 'secure' lab where the container would be opened," Levin says.

Scientists from ICAMSR express a similar caution, citing legendary astronomer Carl Sagan, who warned about the consequences of the sample-bringing in his 1973 book:

“Precisely because Mars is an environment of great potential biological interest, it is possible that on Mars there are pathogens, organisms which, if transported to the terrestrial environment, might do enormous biological damage…a Martian plague.” 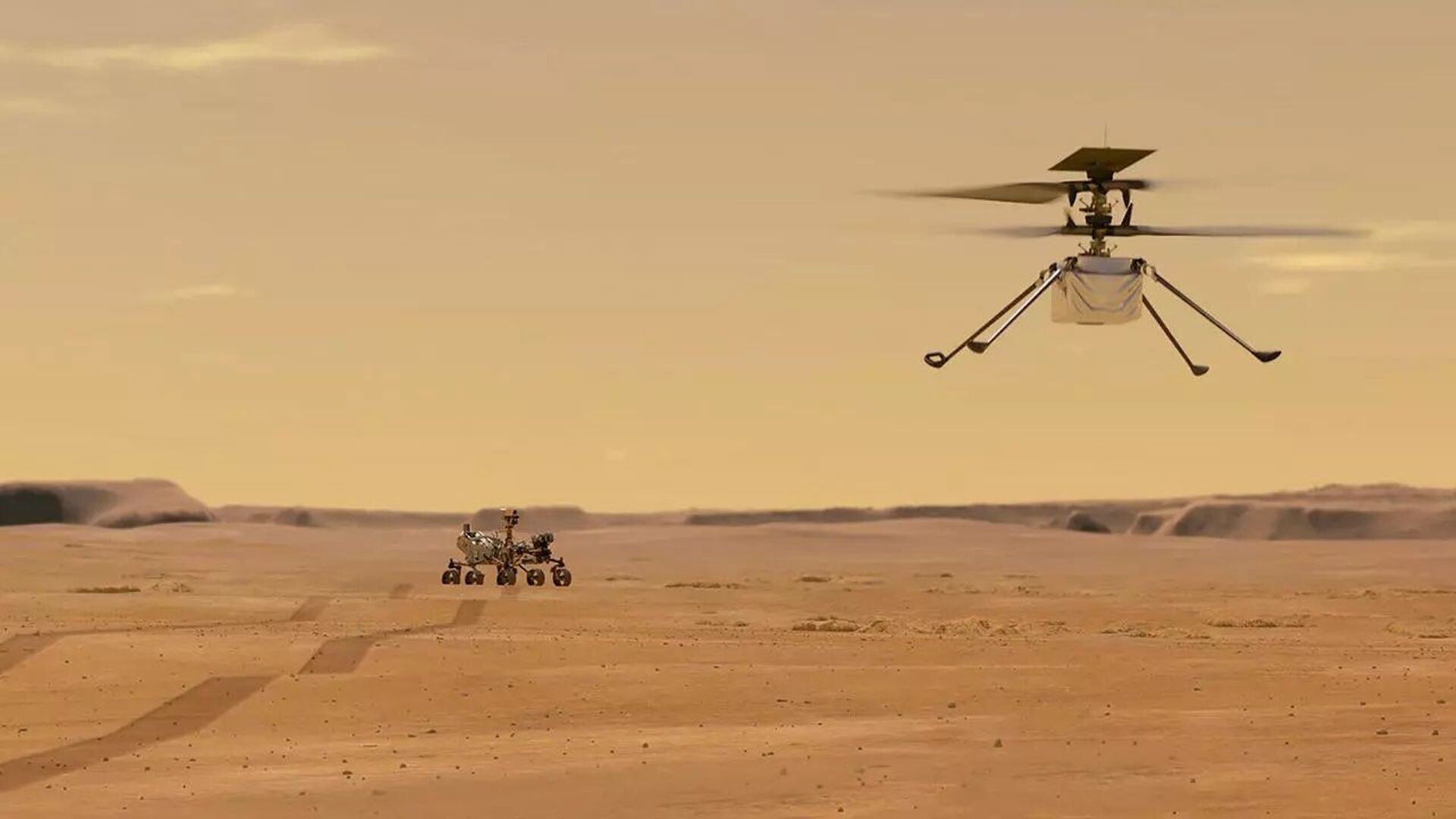 ICAMSR’s Director Barry DiGregorio suggests that one of the alternatives would be to bring the collected samples to the Moon where any micro-organisms could be identified and put in isolation, at a so-called Lunar Gateway space station. The samples could thus be studied there to make sure no infections are released to the earthlings with no immunity to Martian plagues.

“This is the only way to guarantee 100% protection of Earth’s biosphere,” DiGregorio maintains.

The ESA agrees that there is no immediate necessity to bring the samples to the terrestrial laboratories straight away:

“Leaving the orbital samples in a stable Mars orbit is one of several alternative strategies which are possible after the samples are launched from the Martian surface,” the agency said in one of its recent reports.

NASA's Ingenuity Mars Helicopter Makes First-Ever Powered Flight on Another Planet
But in the end, only the laboratories on Earth have the sophisticated equipment to conduct all the necessary tests that would allow to make conclusions about Mars’ geology and history – the whole purpose of the Mars 2020 mission in the first place.

“We expect samples of Mars to provide new knowledge for decades to come as we study them with state-of-the-art laboratory tools we couldn’t possibly carry to Mars right now,” NASA’s director of planetary science, Lori Glaze, concludes.