‘Hope There's No Quid Pro Quo’: Is US Expecting Something in Return for COVID Aid to India? 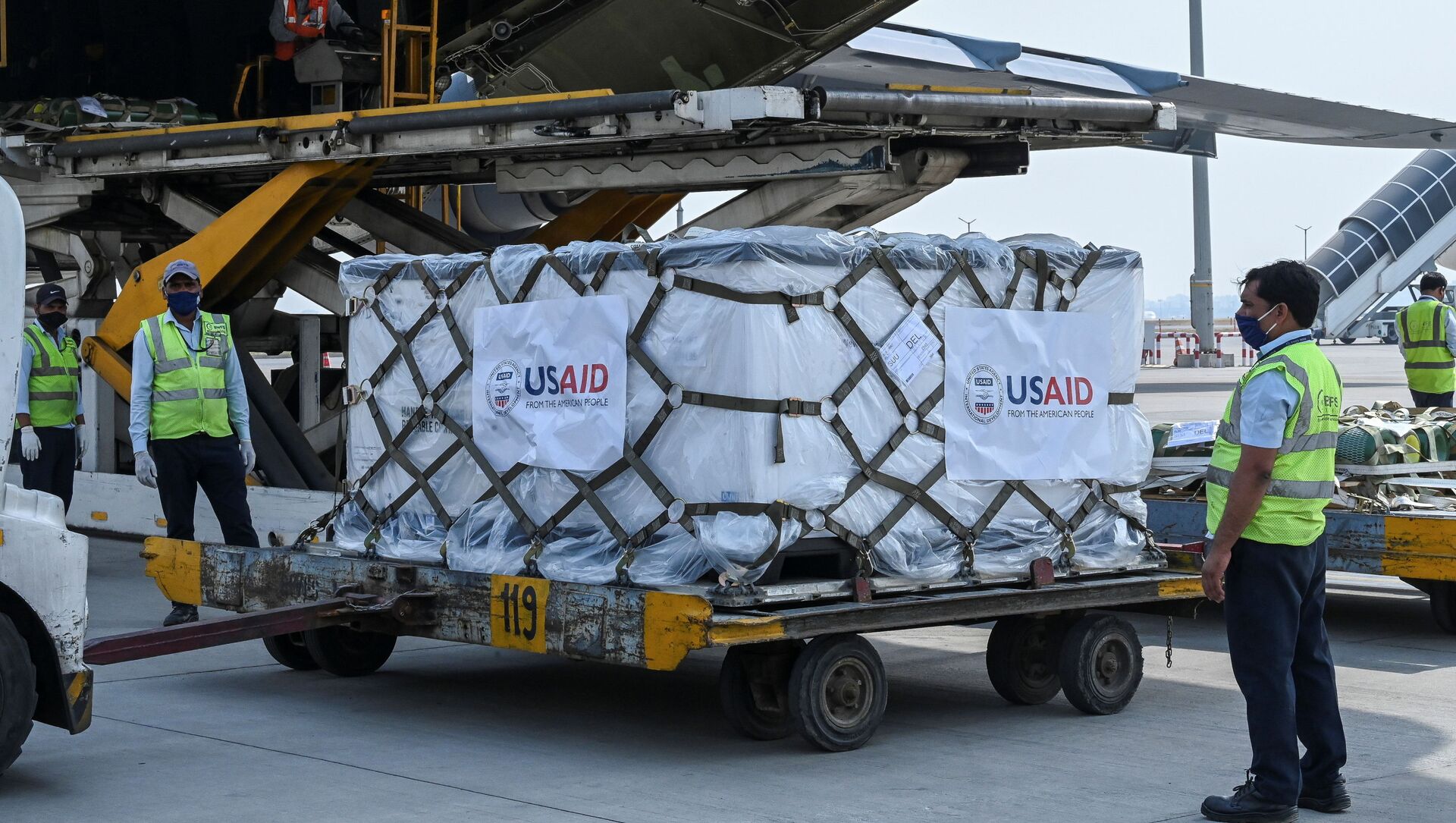 Dhairya Maheshwari
All materials
The US said on Thursday that it would send medical relief worth more than $100 million to help COVID-ravaged India. But are ulterior motives at play?

Until last week, the US was against divesting itself of any of its much-needed store of vaccine components – as well as stock-piled jabs – in favour of India, which is reeling under a devastating second COVID-19 wave.

Several appeals by the Serum Institute of India (SII) and the Indian leadership, including External Affairs Minister Subrahmanyam Jaishankar, to lift the US export restrictions on the ingredients needed to make the vaccine fell on deaf ears. 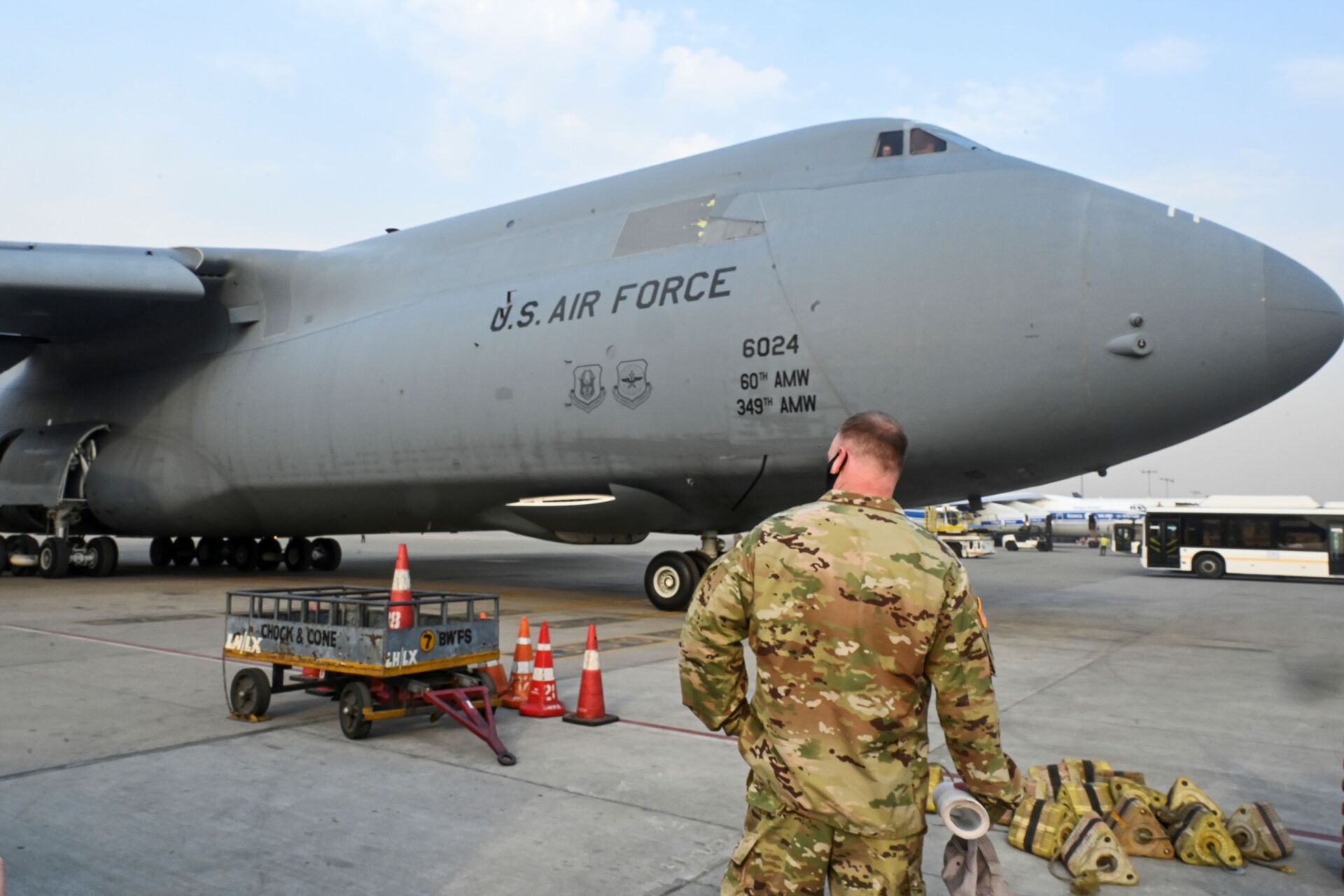 A U.S. Air Force aircraft is seen on the tarmac after landing with coronavirus disease (COVID-19) relief supplies from the United States at the Indira Gandhi International Airport cargo terminal in New Delhi, India
© REUTERS / POOL

However, in an overnight turnaround, US National Security Advisor, Jake Sullivan, told his Indian counterpart Ajit Doval on 25 April that America would help India with deliveries of raw materials.

Although President Joe Biden said earlier this month that the US was stock-piling vaccines to inoculate its citizens first, Washington said on Thursday that it would also export the jab to India.

Although America’s initial refusal to help its "Quad" ally India triggered massive anti-US sentiment, the Biden administration’s volte-face on the matter has prompted suspicion about his motives.

“I hope there is no quid pro quo in sending help to India,” Sudheendra Kulkarni, an adviser to late Indian Prime Minister Atal Bihari Vajpayee, confided to Sputnik.

Kulkarni, who is now a commentator on Indian domestic politics and foreign policy, has joined the chorus of displeasure in the South Asian country over the Biden administration’s “initial hesitancy” to help India, despite several industry and government appeals earlier this month.

“It was only after a huge outcry in India that Washington decided to make amends. Friends should not behave like this,” Kulkarni said.

Is the US Looking to Base its Troops in India After Withdrawing from Afghanistan?

Former Indian diplomat M.K. Bhadrakumar says the Biden administration’s overnight turnaround to help India should be taken with a pinch of salt, recalling the US' "diplomatic history of transactional relationships".

“The big question is whether the US is relenting on the vaccine front with a view to cutting a deal with India on Afghanistan,” Bhadrakumar, India’s former envoy to Turkey and Uzbekistan, wrote in a column published in the Asia Times this week.

“The thought of it, of course, is very frightening. But if past experience is any guide, Washington has shown itself savvy at exploiting India’s difficulties,” he adds.

Washington's change of tack came soon after President Biden announced that US troops would leave Afghanistan by 11 September, as he extended the Trump administration’s previous deadline of 1 May.

The US, however, is already planning its counter-insurgency strategy once is troops leave the war-ravaged nation. Commander of the US Central Command General Kenneth F McKenzie Jr told the House of Representatives’ Armed Services Committee this week that US diplomats will talk to their allies in the region in the coming days about potential basing facilities for American troops after 11 September.

Ambassador Anil Trigunayat, a former Indian diplomat and a distinguished fellow at New Delhi-based think tank Vivekananda International Foundation (VIF), doesn’t rule out the chances of a US naval or military base in India in the future. He noted that both countries had already sealed all the foundational agreements to ease interoperability. 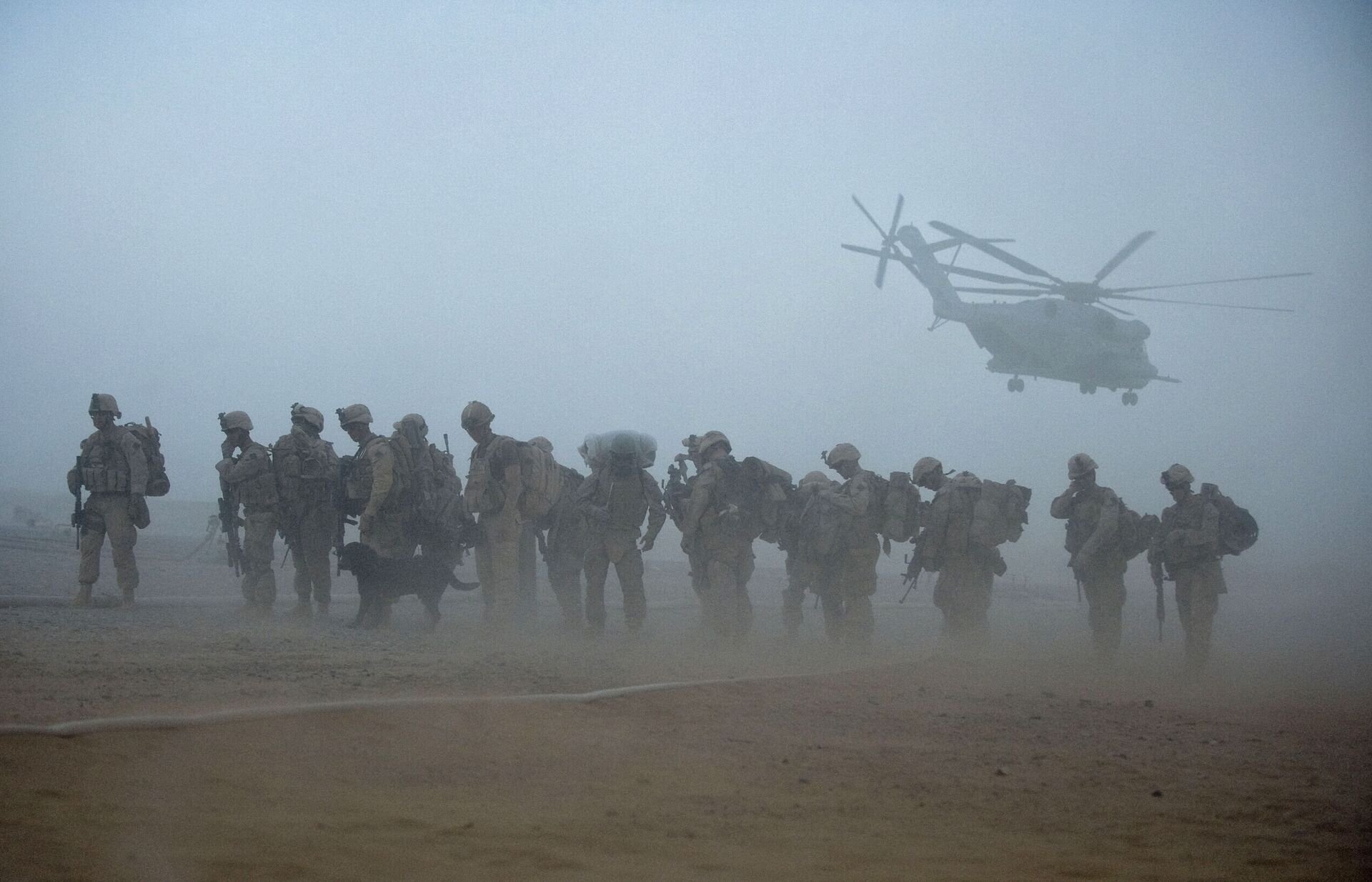 In this file photo US Marines from the 2nd Battalion, 8th Marine Regiment of the 2nd Marine Expeditionary Brigade wait for helicopter transport as part of Operation Khanjar at Camp Dwyer in Helmand Province in Afghanistan on July 2, 2009.
© AFP 2022 / MANPREET ROMANA

“As such, the interoperability with the signing  of all foundational agreements between the US and India have given the requisite depth which may obviate the need for a military or naval base,” he told Sputnik.

“The US is pretty heavily present in the Gulf and can mobilise its resources in conjunction with its Quad partners should a need arise,” he added.

He also points out that the US has been “urging” India to take a keener interest in Afghanistan, including having Indian boots on the ground.

“But in my view there is really no appetite in India under the bilateral matrix,” reckons Trigunayat, saying India isn’t ready for a “full-fledged” alliance with any power.

Several commentators have also suggested that America’s aid policy reversal could also be because of fears that New Delhi had started to consider offers of help from Beijing – if accepted, such aid would dent Washington's ongoing efforts to counter China.

The offer of assistance from China comes as the two Asian powerhouses are settling the Ladakh border dispute, which has been going on since May last year. After almost a dozen rounds of military commander-level talks, Beijing and New Delhi finally began to disengage troops from the friction points in Ladakh in February this year. 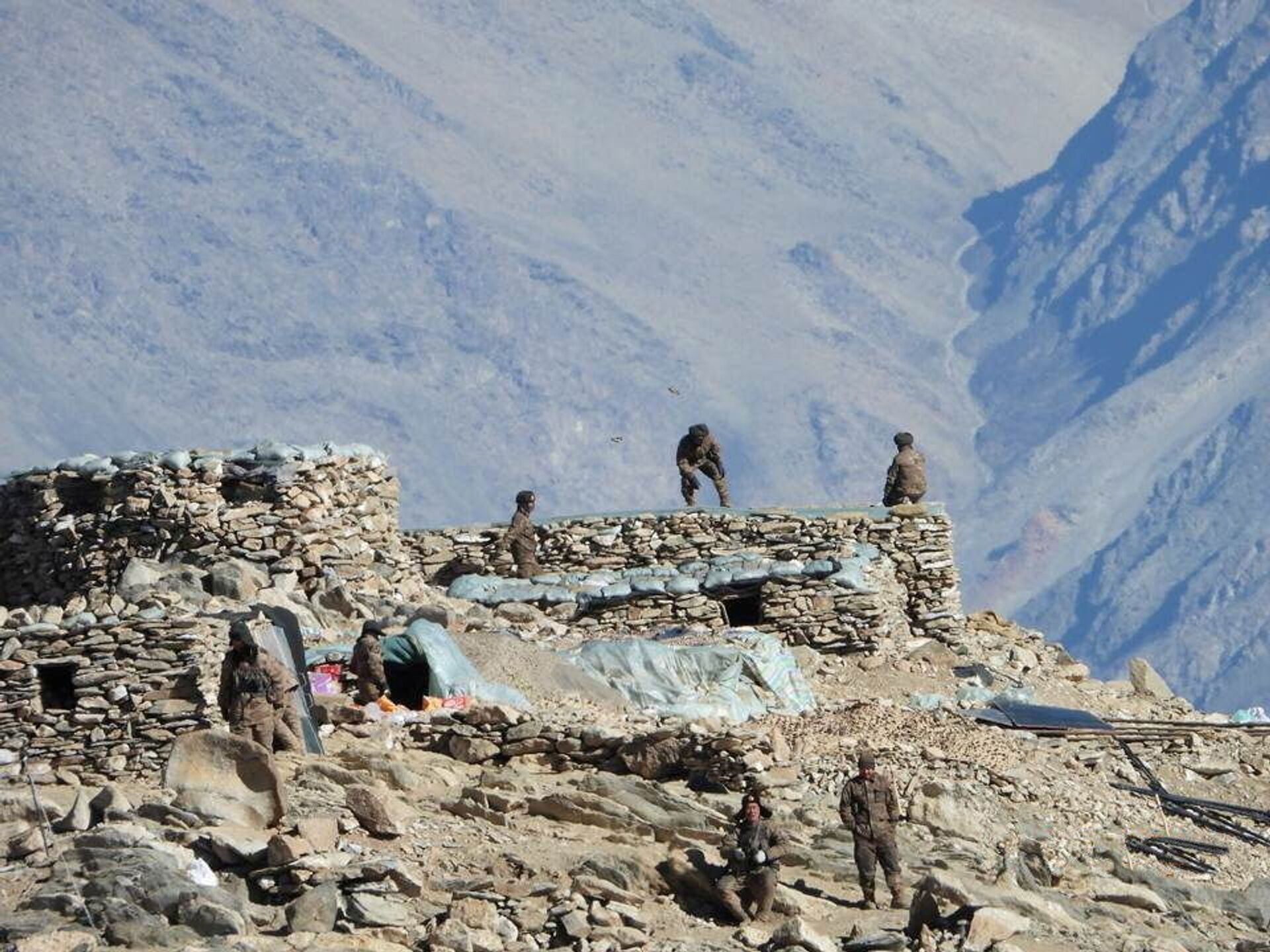 A handout photo released by Indian Army on February 16, 2021 shows the disengagement process between Indian Army and China's People's Liberation Army from a contested area in the western Himalayas, in Ladakh region.
© REUTERS / Indian Army

The thawing of ties between India and China coincides with the Biden administration increasing pressure on Beijing, which Washington describes as its foremost rival.

President Biden, much like his predecessor Donald Trump, has already made his strong views against China known to the world.

“We’re in competition with China and other countries to win the 21st Century. We’re at a great inflection point in history,” Biden remarked in his debut address to a Joint Session of US Congress on 28 April, also pledging that the US would become an “arsenal of vaccines".

“I told President Xi Jinping that we will maintain a strong military presence in the Indo-Pacific just as we do with NATO in Europe, not to start conflict, but to prevent conflict,” Biden said in his address.

The American publication Foreign Policy suggested a day after Biden's address that America's COVID-19 aid to India could be used by Washington to force Delhi to accept its "counter-China strategy".

India’s former foreign secretary Kanwal Sibal told Sputnik last week that India might be “encouraged” to seek aid from China should the US continue to restrict raw materials, pointing towards Beijing’s official offer to help India with its COVID-19  response.