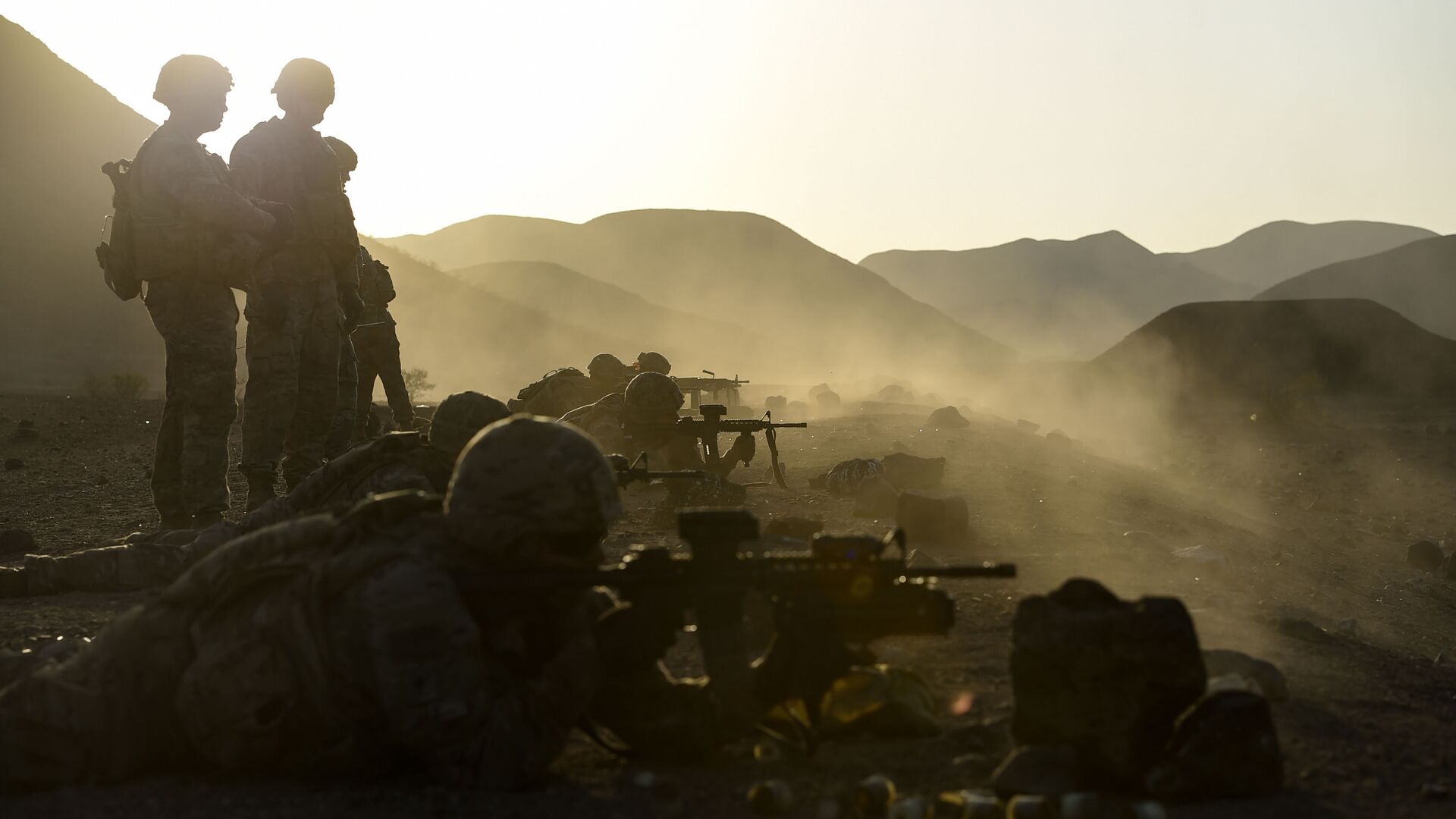 Gaby Arancibia
All materialsWrite to the author
Since the onset of the COVID-19 pandemic, the US has reported upwards of 32 million COVID-19 cases and nearly 576,000 deaths, according to figures released by Johns Hopkins University. To date, an estimated 240 million vaccines have been administered, as roughly 102 million Americans have been fully vaccinated.

US President Joe Biden recently commented that the decision to mandate all US troops to vaccinate against SARS-CoV-2, the deadly virus that causes COVID-19, will be left up to military leadership.

Biden declared during a Friday interview with NBC News’ Craig Melvin that while he has not ruled out the possibility of requiring all US soldiers to subject themselves to one of the approved COVID-19 vaccines, it would be a “tough call” to make.

“I don’t know. I’m going to leave that to the military,” Biden told Melvin after being asked whether a vaccine mandate would be issued for American forces. “I’m not saying I won’t. I think you’re going to see more and more of them getting it.”

“I think it’s going to be a tough call as to whether or not they should be required to have to get it in the military, because you’re in such close proximity with other military personnel - whether you’re in a quarters, where you’re all sleeping, or whether you’re out in maneuvers,” he added.

At present, the vaccine is being administered to troops on a voluntary basis since the vaccines are only being dispersed on an emergency use authorization from the US Food and Drug Administration, as opposed to having been granted full approval from the agency.

John Kirby, press secretary for the Pentagon, confirmed in March that the military brass was weighing whether to make the vaccinations mandatory.

The commander-in-chief’s comments came as the US Department of Defense sounded off about troops not wanting to vaccinate themselves against the novel coronavirus. Maj. Gen. Jeff Taliaferro, who serves as the vice director of operations for the Joint Staff, told lawmakers during a mid-February hearing with the House Armed Services Committee that one-third of soldiers were not interested in the vaccine.

More recently, figures released by the US Marine Corps revealed that nearly 40% of Marines who were offered a COVID-19 vaccine by the Pentagon turned the opportunity down. The Marine Corp Times reported in mid-April that about 48,000 Marines declined, whereas at least 75,000 service members have had at least a partial dose.

While the Pentagon does not have a system in place to offer exact figures on service members who have opted out of being vaccinated, US Army Lt. Gen. Ronald J. Place, who serves as the director of the Defense Health Agency, remarked to the press in March that every person within the Defense Department could be vaccinated by early summer, should supply rates stand.