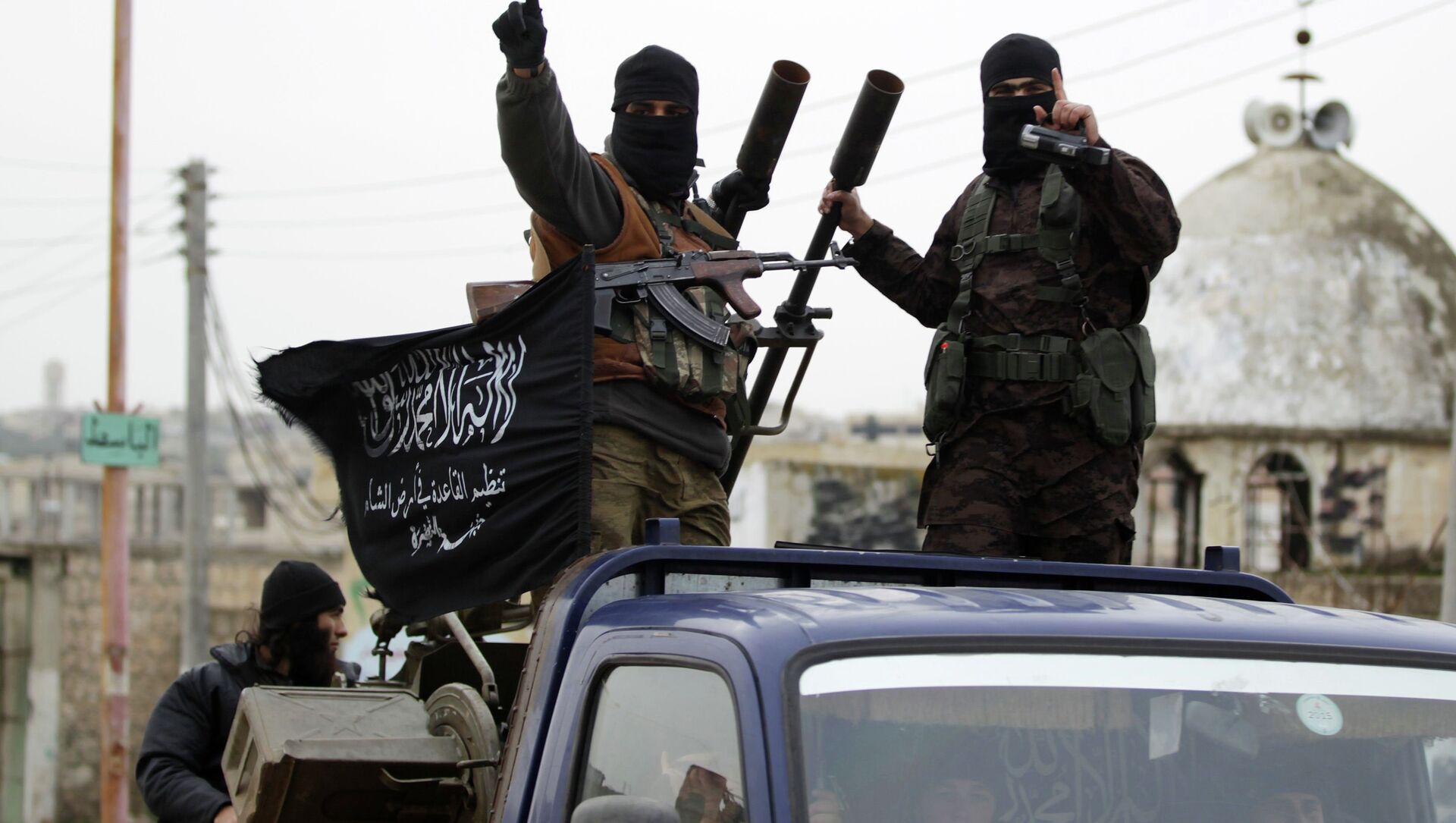 Ilya Tsukanov
All materialsWrite to the author
The US holds Al-Qaeda responsible for the deadliest act of terror ever and the killing of nearly 3,000 Americans on 11 September 2001. The terror group’s influence declined significantly after 2014 and the rise of Daesh (ISIS), with fighters pledging allegiance to the competing jihadist entities often battling it out in Syria.

Al-Qaeda will continue its war against the United States after Washington’s withdrawal from Afghanistan, two operatives said to be belong to the terrorist organisation have told CNN.

Speaking to the network via an intermediary ahead of the ten-year anniversary of the 2011 SEAL team operation to kill Osama bin Laden, and following Joe Biden’s announcement that he would pull troops out of Afghanistan after nearly two decades of war, the terrorist group said that their “war against the US will be continuing on all other fronts unless they are expelled from the rest of the Islamic world.”

One of the spokesmen praised the Taliban for fighting the US over the past 19+ years, and suggested that “thanks to Afghans for the protection of comrades-in-arms, many such jihadi fronts have been successfully operating in different parts of the Islamic world for a long time.”

Sputnik has been unable to independently verify CNN’s claims that it spoke to the terror group, which almost never gives interviews to mainstream Western media and instead typically issues pronouncements via its own guerrilla networks or taped audio or video releases.

CNN took the operatives’ comments to mean that there are continued ties between al-Qaeda and the Taliban, despite the latter’s commitment under the 2020 US-Taliban peace deal to prevent al-Qaeda and other terrorists from using Afghan soil “to threaten the security of the United States and its allies.”

US War for "Peace" in Syria
In their comments, the network’s interlocutors said that it “did not need Afghanistan and there is no such intention in the future,” while declaring the American pullout as an indication of Washington’s “defeat” in a multi-trillion-dollar war which “played a key role in hitting the US economy.”

The operatives further said that most of al-Qaeda Central’s fighters had been sent to Syria in recent years, where “some of them have been martyred.” They did not specify which forces were responsible for the deaths of their fighters, although most of the group’s forces are known to have battled with Syrian, Russian, Hezbollah, and Iranian forces in the country’s north and west.

The United States invaded Afghanistan in late 2001 after the Taliban refused to hand bin Ladan over to Washington. The group claimed that the US had failed to present it with evidence of bin Laden’s involvement in 9/11, with the terror leader himself initially denying responsibility. The terror leader claimed full responsibility for the attacks in a 2004 video.

After the invasion, the US and its allies proceed to leisurely search for bin Laden, eventually finding him in a mansion in Abbottabad, Pakistan, nearly 200 km from the Afghan border. Bin Laden was killed on 2 May 2011 during a SEAL team raid. Photographs or footage of his body were never publicly shown, and he was reportedly dumped into the ocean after being killed.

Al-Qaeda Still Threat to US Personnel in Afghanistan Via Taliban Links - Pentagon
The war in Afghanistan has cost the lives of over 100,000 Afghan civilians and security forces personnel, up to 72,000 Taliban fighters, 3,500 US and coalition troops, and 4,000 Western mercenaries.

Syria and its allies have repeatedly accused the US-led coalition of using al-Qaeda’s Syrian fighters and other terrorist groups to wage a war against Damascus.

Al-Qaeda, Daesh and the Taliban are terrorist groups banned in Russia and many other countries.