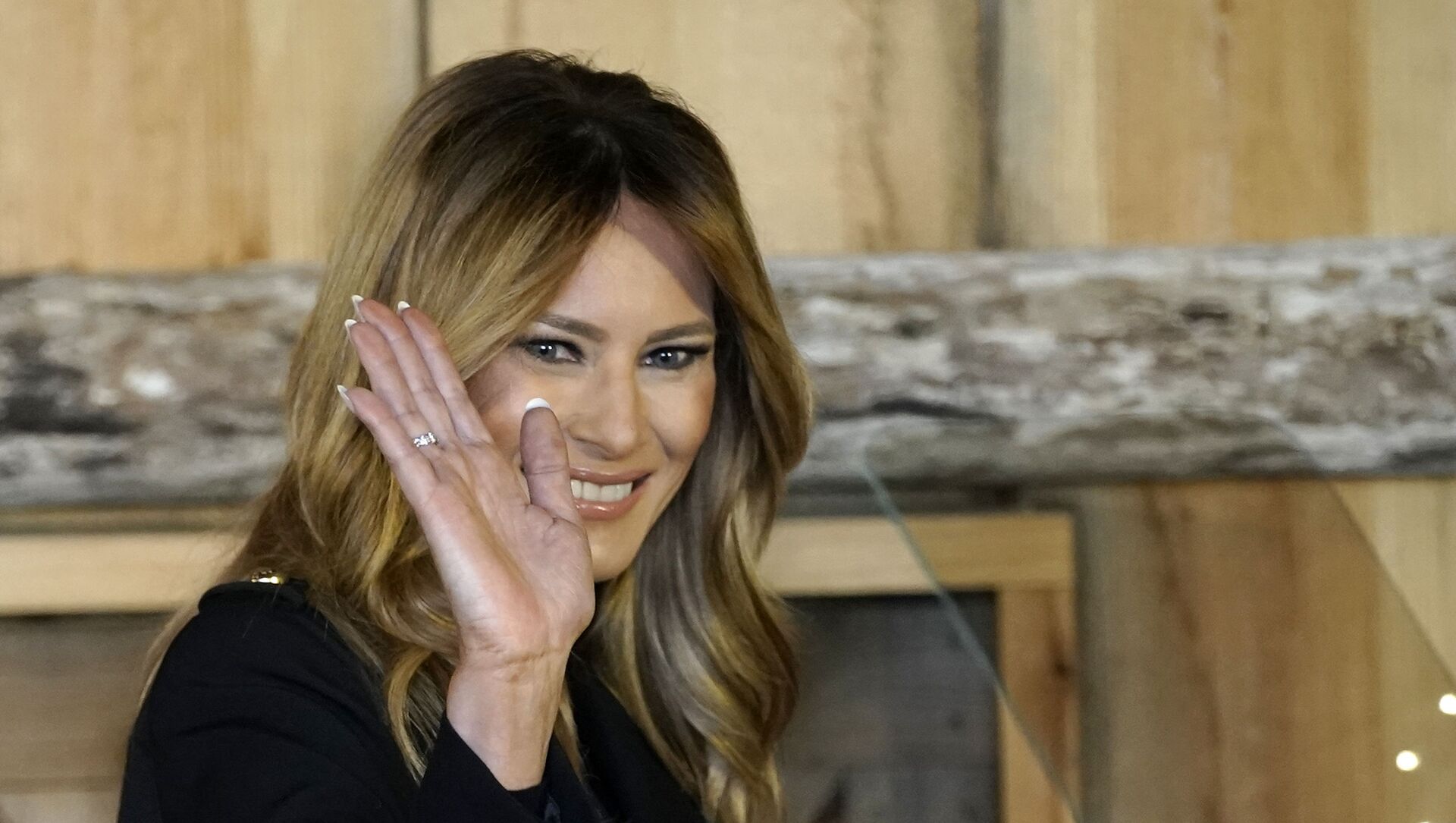 Aleksandra Serebriakova
Moscow-based Sputnik correspondent specializing in foreign affairs.
All materialsWrite to the author
While Donald Trump is reportedly communicating with consultants, former aides, and supporters while flirting with the idea of running in 2024, his immediate family members are distancing themselves from politics as much as possible.

No longer constrained by first lady duties and a packed schedule, Melania Trump seems to be really enjoying her post-FLOTUS life, as she now does “what she wants, when she wants” after leaving the White House, people familiar with her routine have told CNN.

The former first lady looks “happy and relaxed” since departing for the Mar-a-Lago resort with husband Donald and son Barron, they say.

And while ex-President Trump meets with his supporters, masterminds strategies for a potential re-run, and decides which Republicans to support, his wife Melania isn't exactly doing the usual stuff enjoyed by former first ladies. Unlike Michelle Obama, she's hasn't announced plans to write a "tell-all" biography or made any official solo appearances, despite establishing her own office with at least three staffers.

"She's not a presence at Mar-a-Lago at all. She's not mingling with people and rarely interacts with her husband's staff,” an insider said to be “close” to the couple shared.

Instead, Melania has been seen making occasional trips to the spa, spending afternoons with her 15-year-old son, and having dinner with her husband Donald. She's well-practised at smiling and waving to other guests, who usually rise from their seats to great the Trumps when they arrive for dinner, the report says. Two sources told CNN that the former model is also sometimes joined by her parents, Viktor and Amalija Knavs, for dinner, as they frequently visit their own apartment in the resort.

Just two weeks ago, Melania was spotted looking chic and relaxed while dinning alongside her husband at a private table at Mar-a-Lago, separated from the rest of the area by a rope.

Despite keeping a relatively low profile and making rare public appearances, Melania also recently joined her husband for a Republican National Committee fundraiser held at the Florida club. Again, according to observers, she appeared content and satisfied while standing next to her husband and smiling to Republican donors.