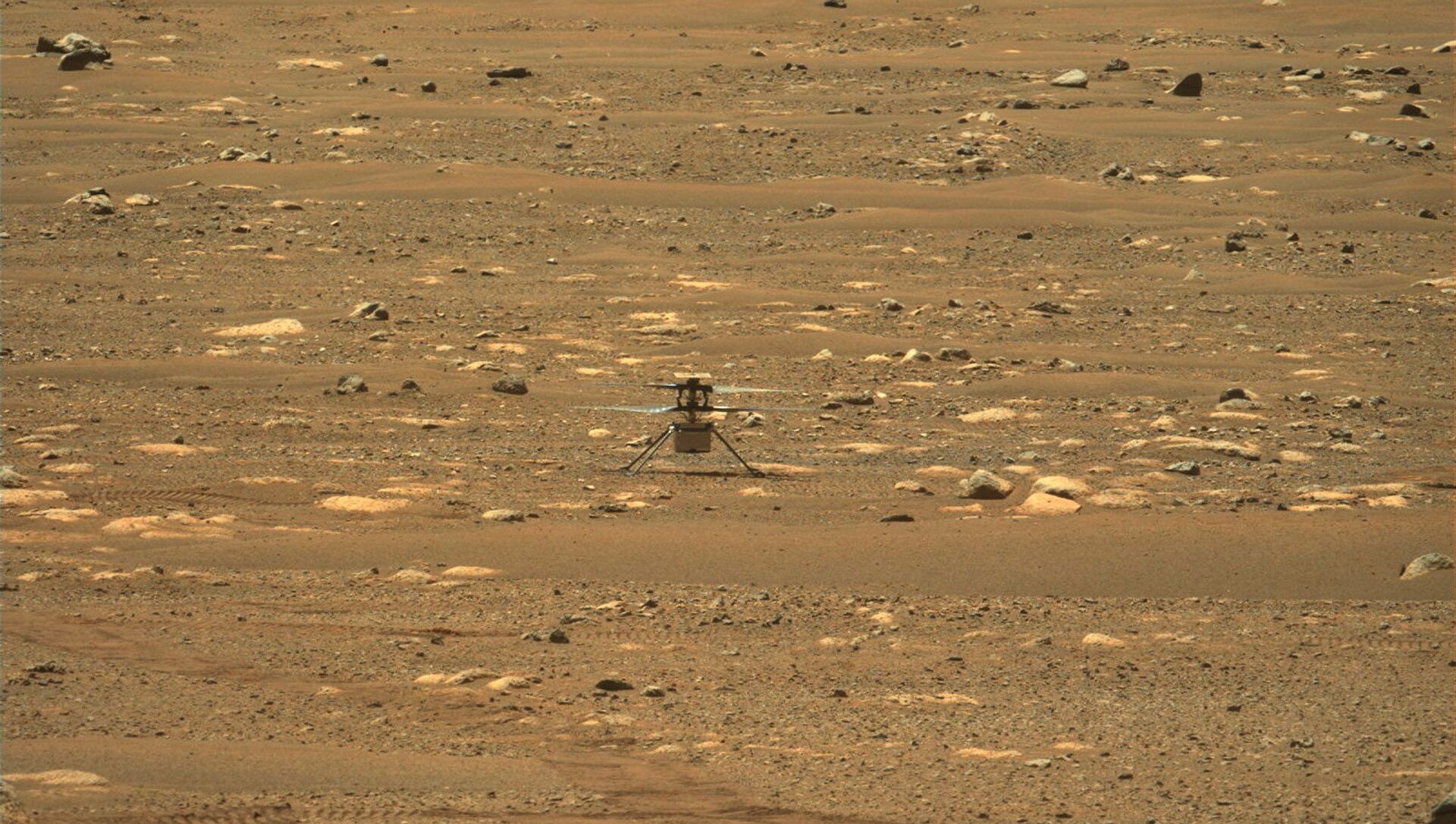 Gaby Arancibia
All materialsWrite to the author
Ingenuity, NASA’s Mars-based helicopter, recently conducted its third aerial test on the red planet and successfully managed to travel a total of 330 feet after staying afloat for some 80 seconds. The recent test smashed previous records documented on its prior two test flights.

Stretching out its wings and trying to expand its horizons on the Martian surface, Ingenuity recently managed to obtain a never-before-seen aerial image of the Perseverance rover exploring its new home.

The photo was captured on Sunday during Ingenuity’s third test flight while the 4-pound  chopper was flying laterally at an altitude of 16 feet and situated roughly 279 feet from the curious roaming rover, according to a release issued by the US space agency. NASA's Mars helicopter Ingenuity captures an aerial photo of the Perseverance rover during its third test flight on April 25, 2021.
© Courtesy of NASA/JPL-Caltech

Although difficult to spot at first, the image released by NASA shows Perseverance in the top left-hand corner of the frame. At the time, Perseverance was also pointing its own cameras directly back at Ingenuity in a bid to document its latest flight. 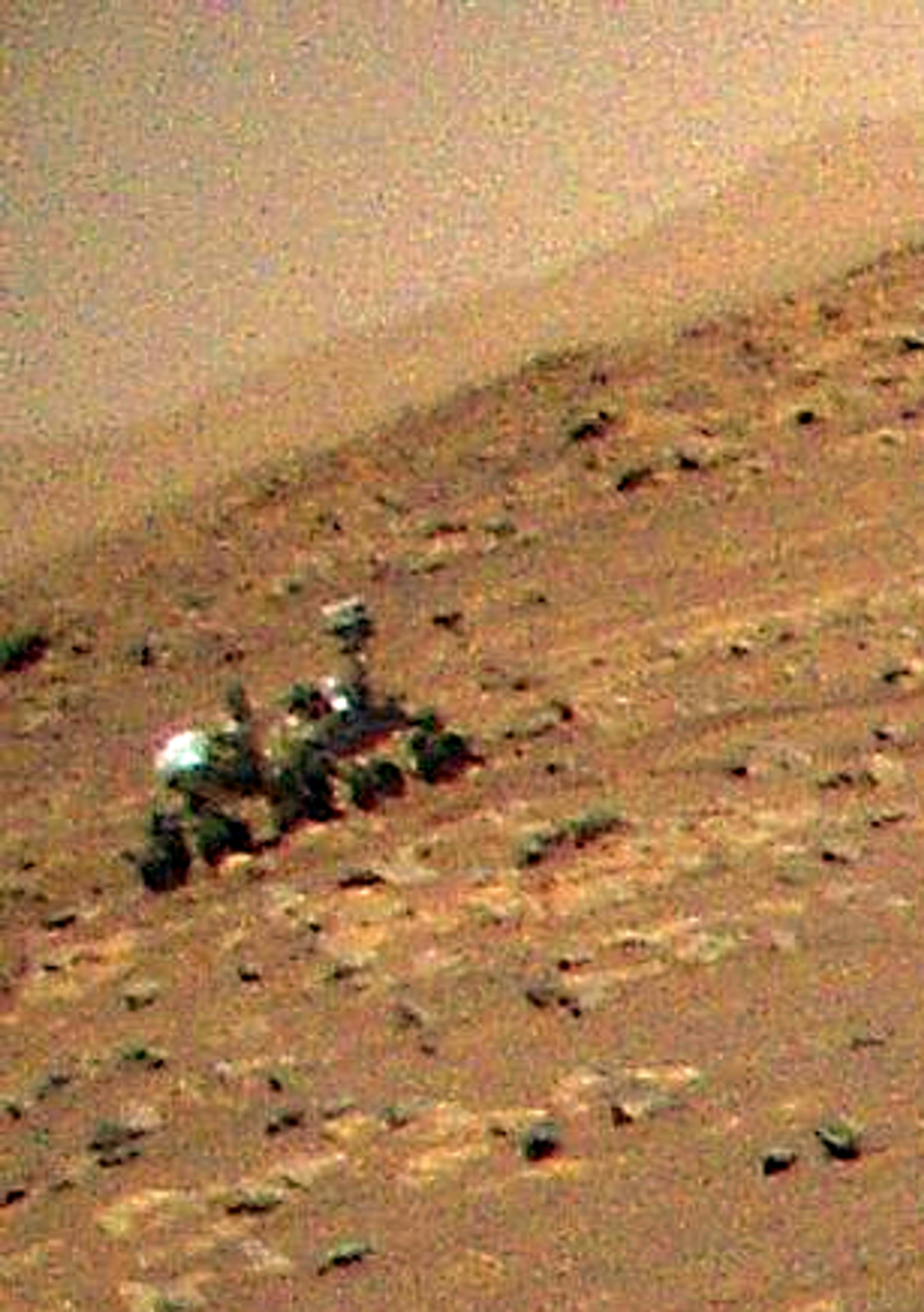 Zoomed in image captures NASA's Perseverance rover as seen by the Ingenuity helicopter during its third test flight on April 25, 2021.
© Courtesy of NASA/JPL-Caltech

Incidentally, NASA released a similar image in 1997 that saw the agency’s Pathfinder lander snap a picture of the Sojourner rover as it traversed the rocky Martian landscape. However, unlike the weekend photo release, the 1997 image saw both robots situated firmly on the ground.

Both Ingenuity and Perseverance landed on Mars in mid-February inside the Jezero Crater, a 28-mile-wide area once the location of a since-dried lakebed currently strewn with sharp rocks, hazardous cliffs and boulders.

NASA’s latest efforts with the Perseverance program will seek out proof of microbial life on Mars and identify Martian environments that could someday support human life, among other objectives. Perseverance will spend at least two years exploring the crater.