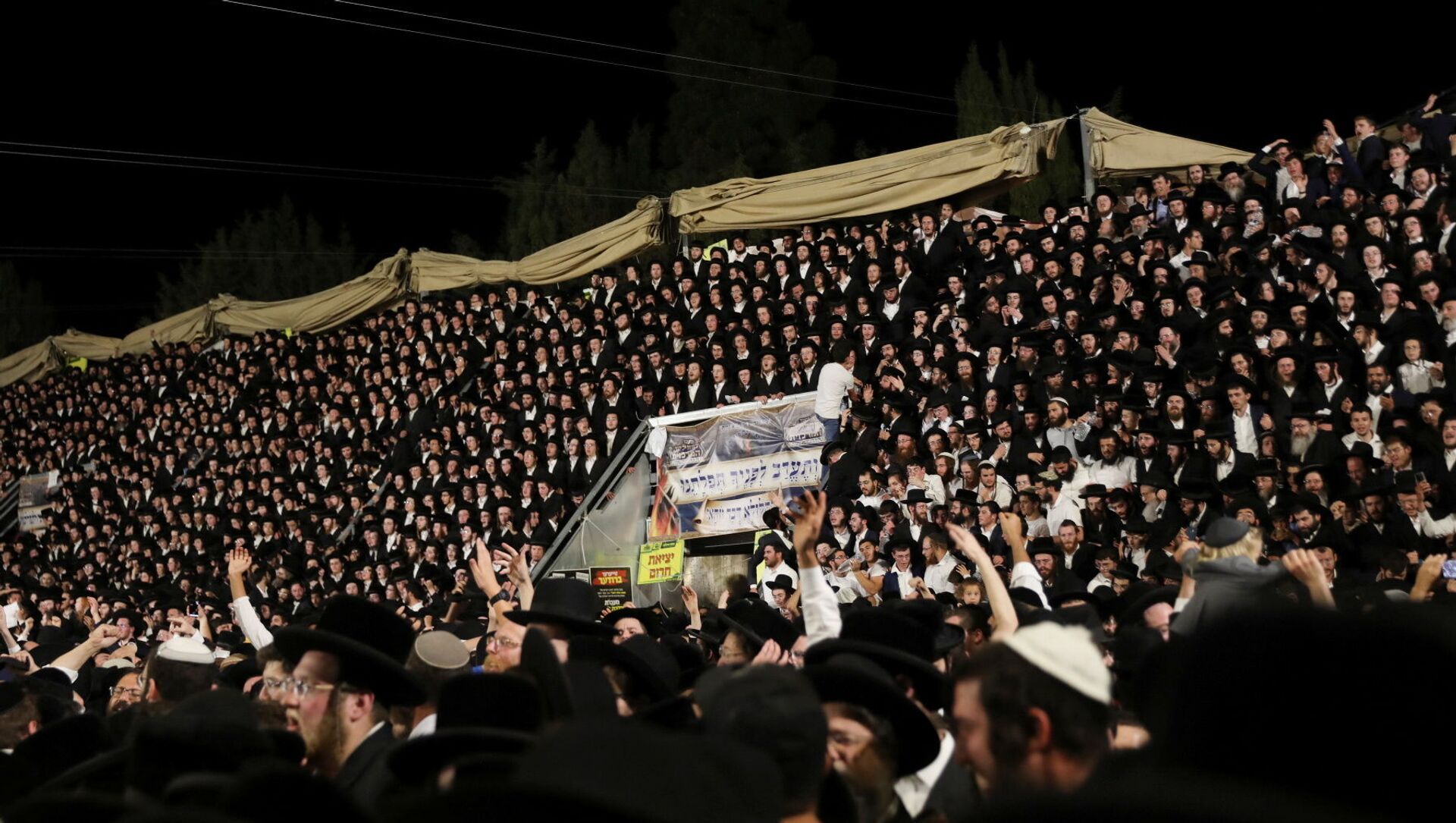 © REUTERS / STRINGER
Subscribe
Kirill Kurevlev
Correspondent
All materialsWrite to the author
The incident's cause was not immediately apparent. According to a local media report citing witnesses, many of the injured are unconscious, and ambulances and helicopters are evacuating patients from Israel's largest crowd since the COVID-19 outbreak.

At least 40 people have been pronounced dead, while over 65 people are injured, including at least 6 in critical condition, as a result of a stampede and a stand collapse at a mass gathering to celebrate the Lag B’Omer holiday at Mount Meron in Israel, The Times of Israel newspaper reported on Friday.

Later, the Jerusalem Post newspaper reported that the death toll in the disaster reached 44 people, while 103 were injured and more than 40 are currently in critical condition.

The Haaretz newspaper also reported citing health officials that there were 18 people in serious condition.

According to reports, a stage at one of the concerts, which drew 100,000 spectators, had collapsed. At the same time the Israel Defense Forces, which sent their rescue team to the scene, reportedly stated that it was the roof that collapsed.

🇮🇱🚨 — HORRIFYING: Multi casualty incident with over 15 deaths and many serious injuries, after a metal platform collapsed and caused a massive stampede in Meron, Israel, during Lag Baomer celebrations tonight — More updates to follow. pic.twitter.com/yKNxFayurv

Dozens dead in #Meron #Israel
As the holiday of #LagBaomer starts due to either a collapse or stampede pic.twitter.com/RGJmF7kQ4G

Videos shared online taken apparently prior to the collapse, showed thousands of people dancing and jumping up and down to music in the makeshift arena.

According to the report, the local police were attempting to clear the people from the scene so that ambulances could enter. Loudspeakers in Yiddish and Hebrew urged people to move aside to allow rescuers to pass.

Israel's Chief Rabbi Israel Meir Lau, who was on one of the stages when it collapsed, reportedly stayed there with other prominent rabbis, praying for the injured.

Lag B’Omer, also spelled as Lag BaOmer, is a Jewish religious holiday marking the hillula, the celebration or anniversary of the death of ancient Judea Rabbi Shimon bar Yochai, or "The Rashbi", closely connected with the Kabbalah mysticism school.