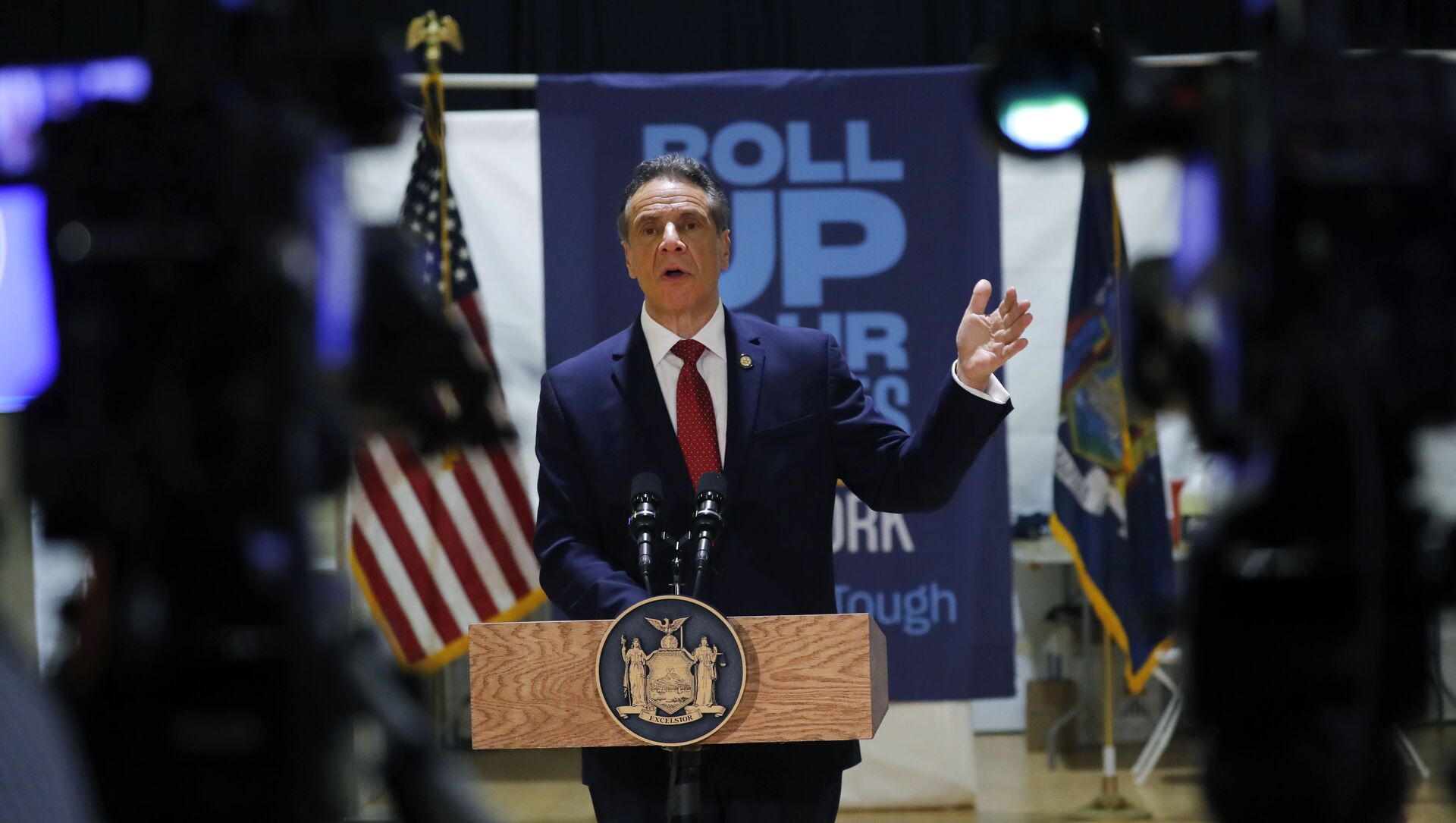 Kirill Kurevlev
Managing Editor
All materialsWrite to the author
The death toll controversy is adding to the burden Cuomo is already under as a result of sexual harassment allegations made against him by a number of women, including former and current aides. Even as Democrats in the state legislature launch an impeachment investigation into the allegations, he has stated that he will not resign.

Democrat New York Governor Andrew Cuomo's office was engaged in a months-long attempt to hide the true death toll in nursing homes from the coronavirus, much longer than previously thought, The New York Times reported on Wednesday.

According to the report, citing recently unearthed documents, aides overruled state health officials on publishing the figures over a five-month span. The effort included delaying the publishing of a research paper that included the true count and submitting two letters to state legislators drafted by the Health Department.

Among those staffers working on keeping state health officials from disclosing the true death toll to the public or sharing it with state lawmakers was Commissioner Howard Zucker.

Cuomo was writing a book about his handling of the pandemic, which struck New York extremely hard in early 2020, when the secrecy campaign reportedly began.

Cuomo originally implemented a regulation aimed at preventing nursing homes from refusing patients discharged from hospitals due to the coronavirus, a law that critics have blamed for the high death tolls at the facilities.

Several nursing home deaths were not counted as such until the policy was reversed two months after it was implemented in March 2020. The count did not include dozens of people who contracted the virus in nursing homes but died in hospitals. 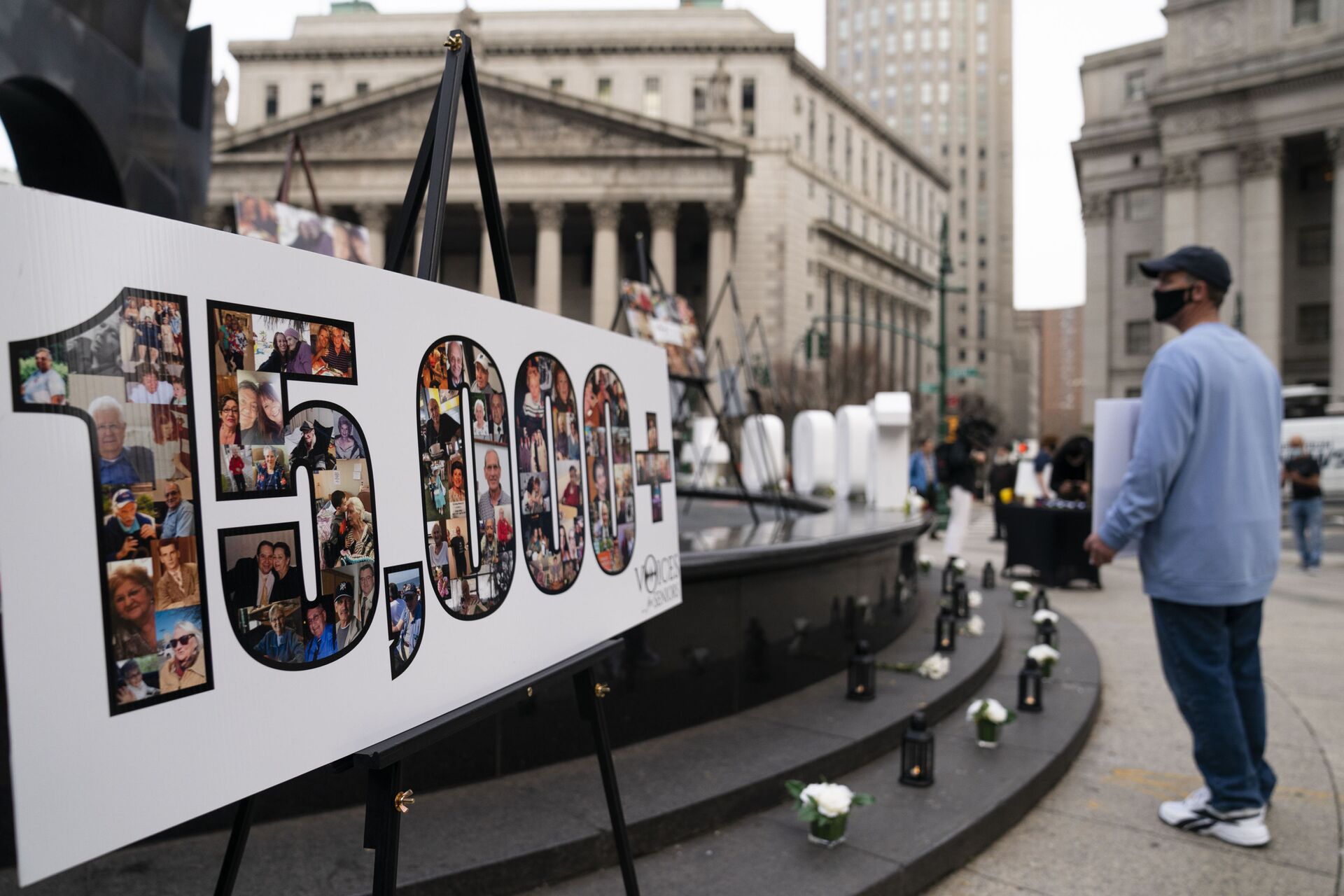 The scandal over the overall number of nursing home deaths erupted in January after the New York attorney general's report announced that the official count could be as low as half of the true death toll.

Quoted in the report, a lawyer for the governor's office Elkan Abramowitz said Cuomo's office was hesitant to release figures it didn't believe were credible.

“The whole brouhaha here is overblown to the point where there are cynical suggestions offered for the plain and simple truth that the chamber wanted only to release accurate information that they believed was totally unassailable,” Abramowitz said. "The chamber was never satisfied that the numbers that they were getting from DOH were accurate.”

Cuomo Insists He Won't Resign Over Scandals, Blames Trump for Nursing Home Controversy - Report
The draft of the scientific study conducted by the DOH officials over the course of Cuomo's policy enacted was reviewed by the newspaper. The paper came to the conclusion that the deaths in nursing homes, relatively low in numbers still, though, were caused by the facilities staff, instead of patients transferred from hospitals, but it also included a lengthy paragraph outlining the study's shortcomings, such as a lack of data on staff-resident interactions. It reportedly placed the number of people infected with the novel coronavirus who died as a result of the pandemic at 9,739 as of the end of May, much higher than the administration's official statements at the time.

The draft concluded that “nursing home residents accounted for approximately 35 percent” of all deaths at the time.

The edition, however, was never released, according to the report. Instead, the publicly released study estimated that nursing homes were responsible for 21% of all deaths in New York.

Federal investigators are currently looking at how the state government handled the overall number of nursing home deaths. That is one of at least four overlapping investigations into the governor and his administration. More than 15,500 nursing home residents with COVID-19 have died as of April.