Come on Arlene: Who Will Take Over DUP Leadership When Foster Finally Goes? 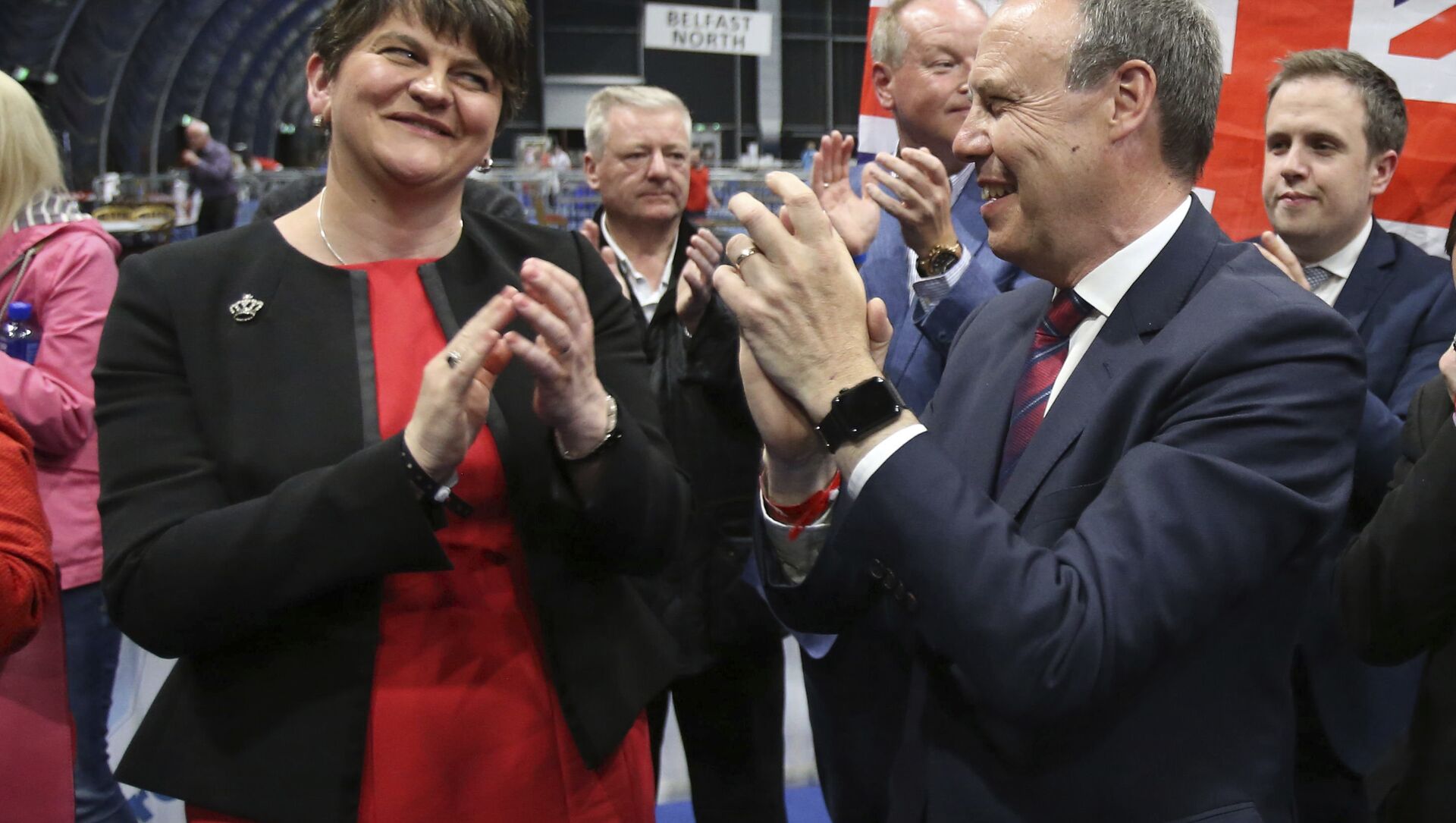 Arlene Foster has announced she is resigning as leader of the Democratic Unionist Party and handing over to a new leader next month. She will also step down as Northern Ireland's First Minister at the end of June. But who will replace her?

DUP leader Arlene Foster bowed to the inevitable on Wednesday, 28 April, and agreed to step down after months of criticism within the party about her handling of the Brexit process and dissatisfaction within the loyalist community in Northern Ireland.

Foster had led the DUP into what was effectively a coalition with the Conservatives after the 2017 general election when Prime Minister Theresa May needed her support to prop up her government.

​Foster, who had campaigned vociferously for Britain to leave the European Union, remained supportive of Boris Johnson when he took over as Prime Minister in 2019 but many analysts believed he double-crossed the DUP by agreeing a deal with Brussels which effectively imposed a new border in the Irish Sea.

Unionists and loyalists, who fear a drift into a united Ireland, were incensed when the public prosecutor decided not to prosecute several senior Sinn Fein politicians, including Deputy First Minister Michelle O’Neill, for attending the funeral of former IRA man Bobby Storey last year. The funeral, which was attended by 2,000 people, flouted COVID-19 restrictions.

So who are the contenders for the DUP leadership?

The DUP is reportedly losing support both to the Alliance Party - a secular party which is proving to be attractive to middle class voters - and the small but vociferous Traditional Unionist Voice (TUV), which angrily denounces Sinn Fein at every opportunity.

Jon Tonge, politics professor at the University of Liverpool, told Reuters: "There isn't a clear ideological direction for the party to go in and that's the problem with this coup.”

Poots, 55, is seen as competent but uninspiring and has none of the oratorical skills of previous DUP leaders like Ian Paisley, Peter Robinson or even Foster.

​But he has won the backing of Jamie Bryson, the editor of the Unionist Voice, who has his ear to the grounds in loyalist strongholds like the Shankill Road.

Another name which has been floated is Jeffrey Donaldson, the DUP's leader in the House of Commons and MP for the Lagan Valley.

Donaldson, 58, is popular with many in the party and at the end of the day the new leader will be chosen not by the party members but in a closed vote of the eight MPs and 27 members of the Northern Ireland Assembly (MLAs).

It is important Edwin Poots is confirmed as Arlene Foster’s replacement within days. Jeffrey Donaldson is a standard bearer for roll-over Unionism and would stymie the positive potential of the DUP taking a new direction to set its face against the ‘process’.

​But Donaldson - who had two cousins killed by the IRA during The Troubles - has been derided by Jamie Bryson as “a standard bearer for roll-over Unionism.”

Another problem for him is that the First Minister can only be an MLA so if Donaldson were DUP leader then someone else - perhaps Poots - would be First Minister.

Another MP in the running is Gavin Robinson, who represents East Belfast.

He is seen by many in the DUP as being youthful - he is 36 - and more representative of the younger generation who have little or no memory of The Troubles.

​But again the party would have to have him as leader and someone else as First Minister.

The party is unlikely to want him to resign his seat and stand for the Assembly as the Alliance Party have got their eyes on winning East Belfast next time round.

One of the few contenders with name recognition is Ian Paisley junior, whose father was a behemoth of unionist politics from the 1970s through until his death in 2014.

If you're a unionist and care about the future of the union, read these two very important quotes from former DUP Leaders Ian Paisley Sr and Peter Robinson and seriously ask yourself if the quotes still stand up today. How times change. From @JonTonge book on the DUP. pic.twitter.com/AHEA8U7RdC

​But Paisley, 54, has none of the gravitas or clout of his father and has been something of an embarrassment to the DUP.

Paisley, who graduated in Modern History and Irish Politics from Queens University in Belfast, represented North Antrim in the Northern Ireland Assembly from 1998 until 2010 when he succeeded his father as MP for North Antrim.

In 2018 he was suspended from Parliament for 30 days for failing to declare two family holidays paid for by the Sri Lankan government in 2013, a few months before he wrote to the then prime minister David Cameron lobbying against him supporting a UN resolution on Sri Lanka over alleged human rights abuses.

In 2020 he was fined £1,300 by the Electoral Commission for accepting money from two councils in Northern Ireland for attending a fundraising dinner.

In September last year it was reported he had failed to register a luxury holiday to the Maldives.