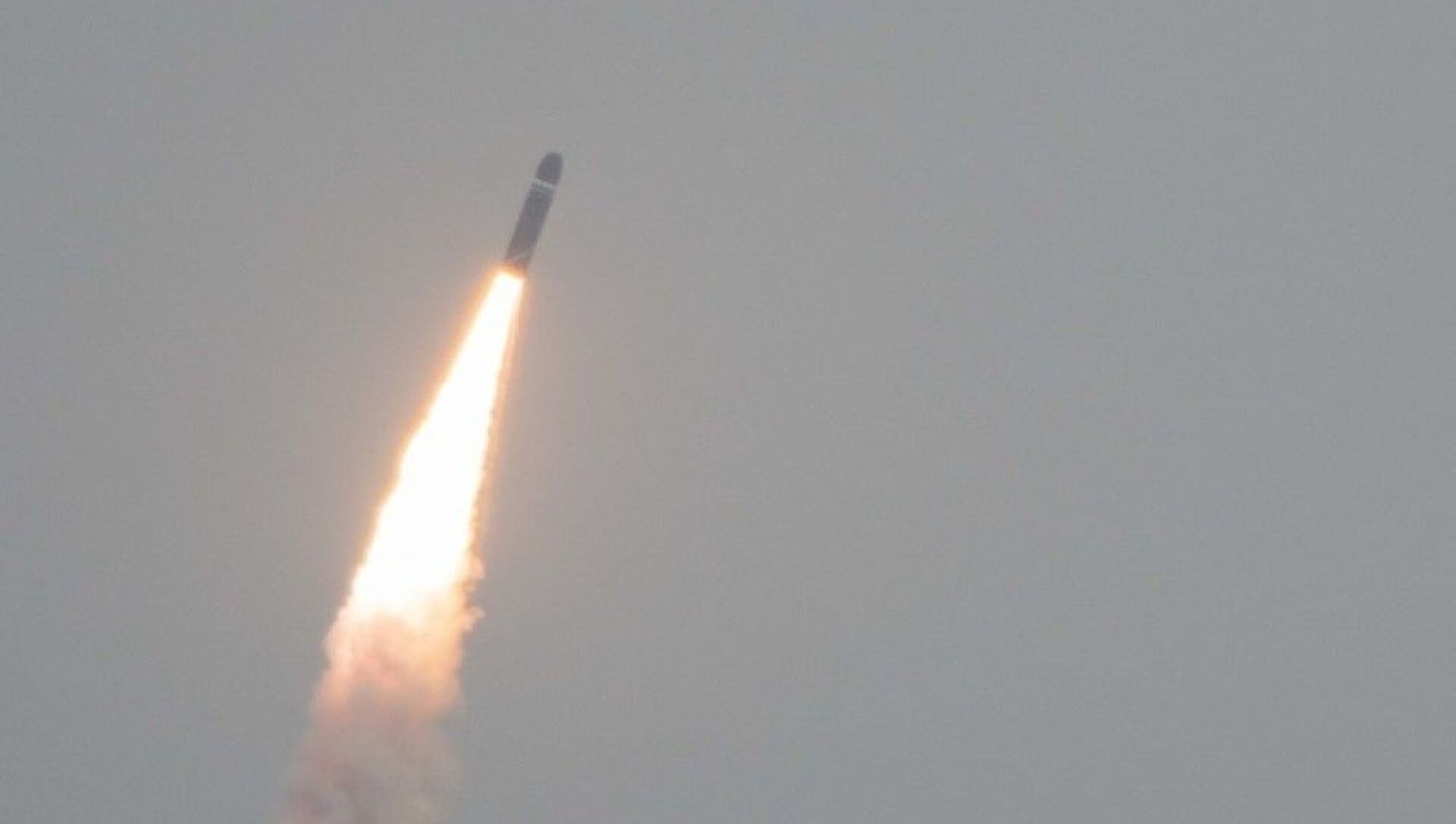 Morgan Artyukhina
All materialsWrite to the author
France’s four Triomphant-class submarines field the country’s small nuclear deterrent, and although some have suggested Paris scrap its nuclear weapons and nuclear-powered aircraft carrier, the defense sector is reluctant to let such knowledge slip out of regular use.

The French Ministry of Defense announced on Wednesday the successful firing of an M51.2 submarine-launched ballistic missile (SLBM), the latest version of the weapon that underpins Paris’ nuclear deterrent. However, some questions about the test remain unanswered.

Minister of the Armed Forces Florence Parly expressed her “great satisfaction” at the success of the test, noting the missile did not have any of the 10 multiple independent reentry vehicle (MIRV) nuclear warheads typically mounted on top.

However, as Sputnik reported, the missile might still have tested a new maneuverable reentry vehicle. Maritime safety warnings put out earlier this week marking off areas of the Atlantic Ocean in which parts of the rocket would fall failed to adhere to a standard ballistic flight path, with the final splashdown site for the reentry vehicle being significantly far enough away from a standard trajectory to warrant comment from observers.

​The War Zone highlighted the potential for Wednesday’s test to be the debut flight of the anticipated V-Max hypersonic glide vehicle, which ArianeGroup began work on in 2019. Glide vehicles like Russia’s Avangard and the United States’ AGM-183 Air-Launched Rapid Response Weapon (ARRW) are highly maneuverable, which makes them hard to intercept, and are boosted to their March 5+ speed by rockets similar or identical to those used in the first stage of a ballistic missile.

Avangard is launched atop Russia’s UR-100N, R36M2 and RS-28 intercontinental ballistic missiles, which existed before the hypersonic weapon was developed, so it’s conceivable the M51.2, a new version of the M51 SLBM adopted in 2015 and also built by ArianeGroup, might similarly be adopted to field the V-Max as well.

If it was a hypersonic test, it would likely be the first such weapon deployable from a ballistic missile submarine.

That could also explain why Wednesday’s missile was launched from land rather than a Triomphant-class submarine, as the M51 test last June was. Observers earlier this month noted that France’s missile range instrumentation ship Monge, which carries a host of powerful radars for tracking missiles in flight, had arrived in Norfolk, Virginia, not far from the target area. The US Navy’s USAV Worthy missile range instrumentation ship was also spotted in San Diego days before the anticipated first flight of the ARRW, which ultimately failed to launch.

I know I said DCGs @USNavy Week was over but saw this and had to share😀Behold 🇫🇷FS Monge, named after the mathematician Gaspard Monge. She’s a missile range instrumentation ship dedicated to tracking and measuring rocket 🚀trajectories. @franceintheus @MarineNationale pic.twitter.com/TAPGZ9IAc6

​A US Air Force RC-135S Cobra Ball spy plane, also specialized for watching missile launches, monitored the test as well. However, both the Cobra Ball and the missile range instrumentation ships can also be used for regular ballistic missile tests, and it may simply be that Paris wants extra information about this new version of the M51, considering one of the rockets blew up in a 2013 test launched from a submarine off the coast of Brittany.

The French Ministry of the Armed Forces is notoriously tight-lipped about its tests, but as of yet, no announcement about a hypersonic test has been made. It’s also possible that Wednesday’s launch tested another kind of MIRV with increased maneuverability, or another method of deploying existing MIRVs, which are themselves somewhat maneuverable, although nothing like what a hypersonic glide vehicle is capable of.