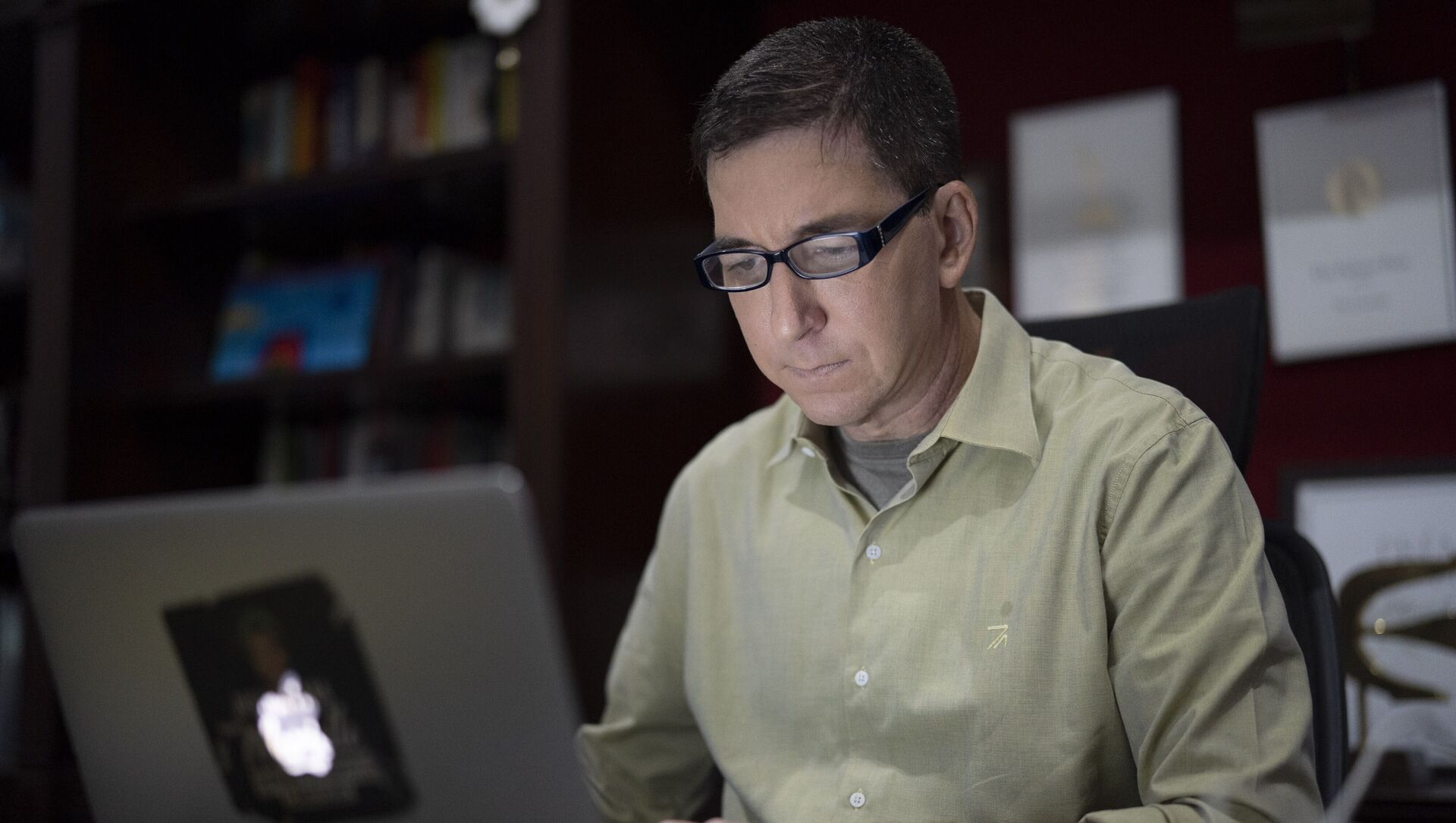 Arty Katkov
All materialsWrite to the author
Despite the recent tensions, the two presidents spoke on the phone earlier this month to discuss a wide range of topics including a strategic stability dialogue, with Biden suggesting they meet in person in the coming months.

American journalist Glenn Greenwald, famous for reporting on the classified documents leaked by American whistleblower and former National Security Agency subcontractor Edward Snowden, has told Tucker Carlson of Fox News that the relationship between the US and Russia is at its lowest point since the Cold War, and gave possible reasons why.

"The reason I think is twofold. One is that during ‘Russiagate,’ and the whole hysteria that surrounded it, there was this propaganda campaign to convince a huge part of the population, namely liberals and Democrats, that Russia posed as an existential threat to the United States and they believed it to the point where they think everything we can do against Russia we ought to do, and if you stand up and question it as we are doing now, it means you are some kind of spy for the Kremlin, which I'm sure people will say about this segment," Greenwald said.

According to Greenwald, the other part to the problem is that since the war on terror is winding down and Washington is pulling out of Afghanistan, the question of keeping big arms manufacturers who have political influence in Washington in business "where the government using taxpayer money to buy weapons" arises.

US, Russia Can Work on Mutual Interests if Moscow 'Chooses Not to Escalate', Blinken Says
Greenwald also pointed at the new Pentagon head Lloyd Austin, saying he "literally came from the board of directors of Raytheon."

"The answer always can be Russia if you scare enough people to believe that Russia poses a threat to their way of life, they'll agree to keep giving more and more money to the military budget in the name of deterring or stopping them," the journalist said.

Earlier in the month, Biden faced criticism from both sides of the political divide for his newly released budget outline, where he proposed spending $753 billion on defence for 2022, with $715 billion going directly to the Pentagon.

Even voices from within his own party argued that such expenditure, which is higher than the Trump administration’s military budget, would be a "grave mistake."

Russia Invites US to Start Strategic Stability Dialogue
Relations between Russia and the US have been tense lately as Washington has repeatedly accused Russia of interfering in presidential elections. As a result, the US hit several Russian companies and individuals with sanctions, claiming they are linked to the SolarWinds hack and purported meddling in the 2020 elections.

In an interview with ABC in March, Biden said that Putin will have to "pay a price" for the suspected meddling and that he considers the Russian president a "killer." In response, Putin wished him good health and said that judging other people is like looking in a mirror.