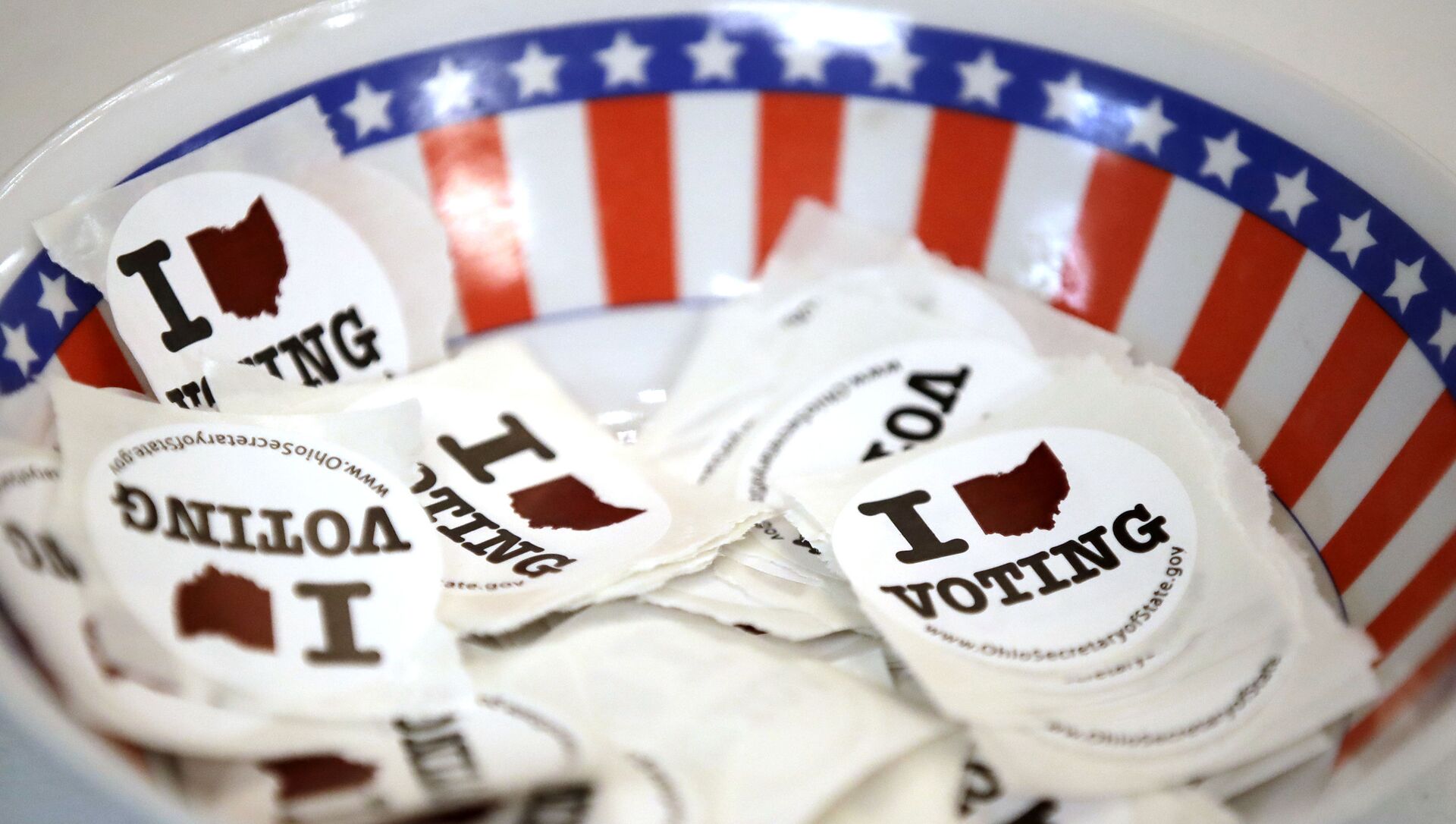 © AP Photo / Gene J. Puskar
Subscribe
International
India
Africa
Ekaterina Blinova
All materialsWrite to the author
While Maricopa County Superior Court Judge Daniel Martin acknowledged that the GOP-controlled Arizona Senate has the authority to conduct the audit of Maricopa's 2.1 million ballots, he signalled that the hearing will proceed, citing concerns over the rights of the voters in the area being protected.

Superior Court Judge Daniel Martin, who replaced fellow superior judge Christopher Coury, has allowed the Republican-led audit of Maricopa County's general election results to continue. Meanwhile, he will hear the Democratic Party's legal challenge against the effort, as he's not convinced voter secrecy is being upheld.

The judge refused to extend a temporary restraining order that would have put the audit on pause last Friday if the state's Dems provided a $1 million bond, according to The Epoch Times.

“The Arizona Senate has the constitutional authority to conduct the audit as part of its legislative function. However, the manner in which that audit is conducted must be balanced against the constitutional rights of the voters in Maricopa County, including the rights to secrecy and confidentiality of information,” Martin said.

Legal battles today as the counting continues at "America's Audit," the forensic audit of the 2020 election in Maricopa County. Arizona GOP Chairwoman @kelliwardaz breaks down the results of today's court hearing and gives us her take on what's really going on. #AmericasAudit pic.twitter.com/Wg6yXgDoy9

​The state's Senate Republicans are pushing ahead with the audit of the 2020 election results in Maricopa County, which saw Joe Biden's victory over Donald Trump last November. The effort includes recounting 2.1 million ballots by hand, examining voting equipment, and follow-up interviews with voters. However, the Democratic Party filed a lawsuit with Maricopa County's Superior Court late last week complaining that the Senate's initiative violates "various statutory and Election Procedures Manual provisions" and urged the court to ban it.

The Democrats are panicking as the election audit in Arizona continues. They can't stop the American people from finding out what happened in the 2020 elections. Watch Arizona Chairwoman @kelliwardaz with Dan Ball on OANN's RealAmerica. #AmericasAudit #ElectionIntegrity pic.twitter.com/XGsYTgqlnf

​Superior Court Judge Coury agreed to put the audit on pause last Friday in case the plaintiffs provide a $1 million bond. As the Democratic Party refused to do this, the pause was revoked. However, on Sunday, Coury abruptly recused himself from the case, citing a judicial court of conduct issue: a lawyer for the firm representing the Senate GOP's lead auditor, Cyber Ninjas, previously worked at Coury's office "as an extern within the last five years."

The defendants insist that the Democratic Party lacks standing and that the audit is already underway, urging the judge not to stop the process.

“An injunction of even a day may derail this audit,” argued Alexander Kolodin, an attorney for Cyber Ninjas, addressing the court.

The Arizona audit is important to the full Truth, and here’s why conservatives’ TOP PRIORITY must be election integrity! ⬇️

Meanwhile, the Democratic Party has served up new accusations, claiming that the security at the Veterans Memorial Coliseum in Phoenix, where the ballots and tabulators are being stored, is questionable.

In a memo for the 26 April hearing, the plaintiffs argue that though "defendants have repeatedly told the public that everything is safe and secure," this claim is "illusory," given that "a local reporter managed to walk around Veterans Memorial Coliseum unbothered on four separate days, including coming into close contact with tabulators and voted ballots."

"Beyond that," the memo continues, "election experts – including Arizona's State Elections Director and subject matter experts on election audits, technology, and security – have spoken with a unified voice; the Senate's 'audit' clearly doesn't comply with state law or important best practices for election audits."

Yep. @SecretaryHobbs told @FannKfann not to waste taxpayer resources on this #fraudit, but also gave her a roadmap to protect the integrity of ballots and voting equipment.

Unfortunately, we’ve all seen that President Fann and her Cyber Ninjas have chosen a different path. https://t.co/8YA1Bid9AO

·         second, they argue that the Senate defendants and their agents are immune from the suit pursuant against protections conferred by the Arizona Constitution;

·         third, even if the defendants were not categorically immune from the suit, the court's adjudication of the Democratic Party's claims would "inevitably entail a substantial and improper incursion into the sovereign affairs of a coequal branch";

·         fourth, the provisions of law cited by the Dems "have no application to the Senate Defendants in any event," as the election procedure manual does not extend its directives to legislative officials conducting "a post-election audit in the course of a legislative investigation."

·         fifth, "in choosing to delay their litigation onslaught until the very day the audit was scheduled to commence… the plaintiffs have rendered their own claims time-barred."

The US left-leaning mainstream press is largely presenting the Arizona GOP initiative as an effort to undermine the 2020 election results. Citing Arizona Secretary of State Katie Hobbs, CNN called the audit a political stunt:

"A group of Republicans are continuing to try to appease their base who refuse to accept that ... Trump lost Arizona and that he's not the president anymore," Hobbs told CNN's Chris Cuomo on Monday.

Similarly, the Associated Press suggests that "election conspiracies live on with audit by Arizona GOP."

For its part, the moderately conservative Wall Street Journal draws attention to the fact that the Senate GOP was guided by their constituents' concerns about the fairness of the elections given that Biden flipped Arizona by a margin of just over 10,000 votes out of more than 3.3 million cast statewide.

“When almost half of the voters say they lack confidence and have questions about the integrity of our system, it’s time for someone to step up and give them answers,” Arizona’s Senate president, Republican Karen Fann, told The WSJ in an email on 27 April.

According to the state's daily, The Arizona Republic, the recount, which began in earnest about noon Friday, appeared to be operating smoothly at the Veterans Memorial Coliseum. On Tuesday, journalists were given limited access to the building. According to some estimates cited by the newspaper, the auditors have counted almost 100,000 of nearly 2.1 million ballots as of Tuesday afternoon. They have 18 days to complete the work before the Senate’s lease on the coliseum ends on May 14.