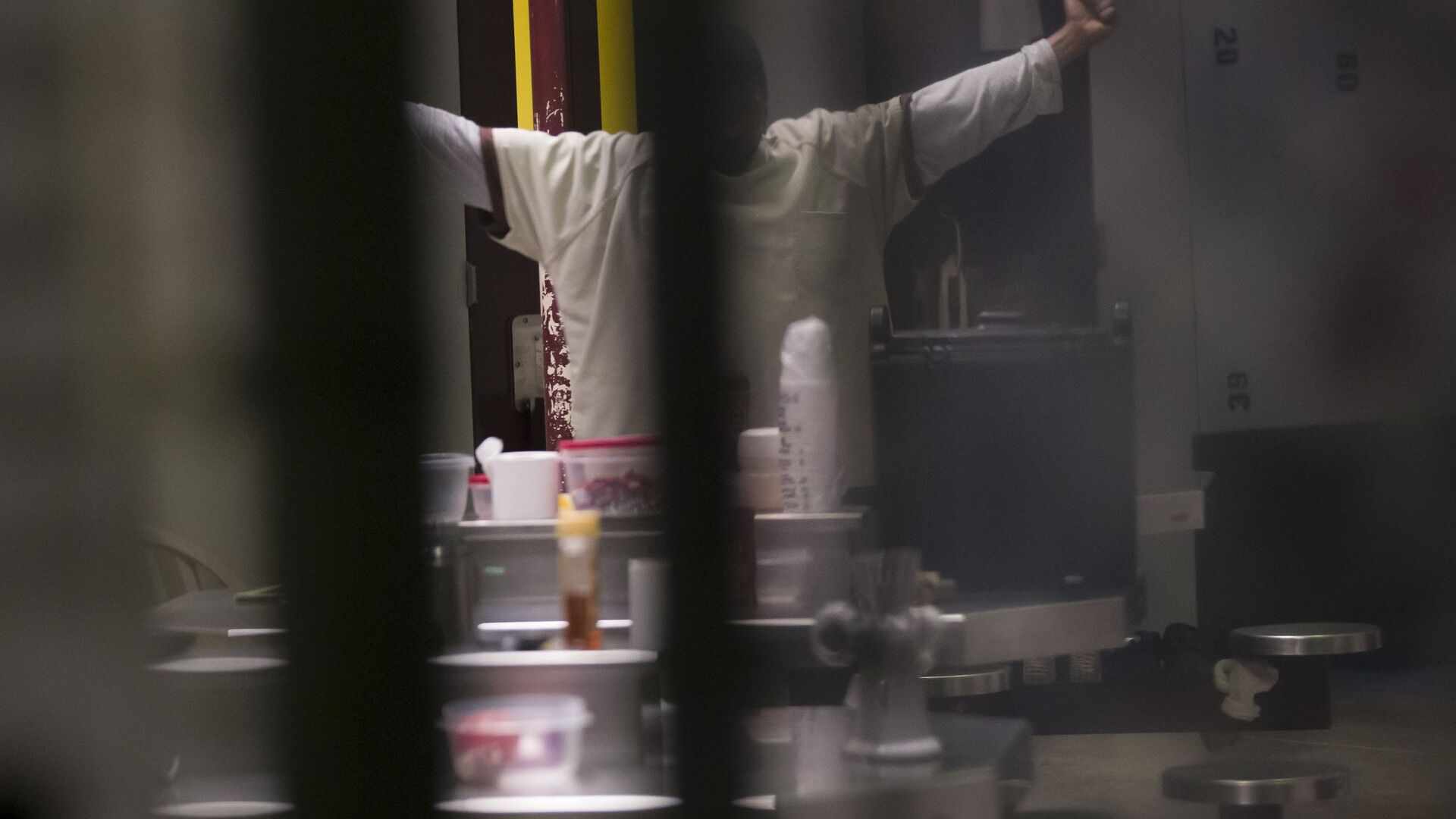 Kirill Kurevlev
Correspondent
All materialsWrite to the author
According to US media, in 2002 ex-president George W. Bush referred to Zubayda as "al-Qaeda’s* chief of operations." Officials later reportedly concluded, however, that he was a Pakistan-based "fixer" for radical Islamist leaders, not a formal member of the group.

The US Supreme Court stated on Monday that it would hear a plea from a Guantanamo Bay detention camp terrorism suspect about his torture, the legal order said.

According to the Supreme Court document, Abu Zubaydah, also known as Zayn al-Abidin Muhammad Husayn, was apprehended in Pakistan in March 2002 and held in CIA detention centers around the world. The US government has accused him of being a longtime friend and ally of terrorist Osama bin Laden.

Zubaydah and his lawyer want to question James Mitchell and John "Bruce" Jessen, two former CIA contractors, about the operation of a hidden CIA facility in Poland where they say Zubaydah was detained and tortured in 2002 and 2003.

Zubaydah was detained in numerous CIA "black sites" and subjected to "a relentless regime of 'enhanced interrogations,'" including being waterboarded 83 times in one month in 2002, a torture tactic that makes victims think they are drowning, according to the document.

The detainee was also "forced to remain awake for eleven consecutive days and doused again and again with cold water when he collapsed into sleep", stuffed into small cages, suspended naked from hooks for hours, and subjected to "a particularly grotesque humiliation described by the CIA as ‘rectal rehydration'".

In application, the US government said it has declassified a “significant amount of information regarding the former CIA Program, including the details of Abu Zubaydah’s treatment while in CIA custody, which included the use of enhanced interrogation techniques”.

It added, however, that “determined that certain categories of information – including the identities of its foreign intelligence partners and the location of former CIA detention facilities in their countries – could not be declassified without risking undue harm to the national security”.

Ex-Gitmo Detainee Subjected to Years of Torture Urges Washington to Shut Down Notorious Facility
If the Palestinian-born suspect who has been held in the US detention facility at Guantanamo Bay for 15 years wins the case, he would be able to gain access to US government information classified as state secrets by questioning two former CIA contractors.

In 2019, the Ninth Circuit Court of Appeals in San Francisco ruled 2-1 that the two contractors could face narrow questioning. The court used the term "torture" to describe Zubaydah's treatment in that decision.

The 2014 report released by the US Senate Select Committee on Intelligence concluded that starting with Zubaydah, who became the "CIA's first detainee," the agency "applied its enhanced interrogation techniques with significant repetition for days or weeks at a time".

Following a review process that started under former US President Barack Obama's presidency, President Joe Biden's administration has stated that it would aim to close the prison on the US base at Guantanamo Bay.

During Obama's eight years in office, he attempted to close Guantanamo Bay and move about 200 detainees to other countries, but he was unable to do so, leaving the facility with 40 detainees, while Obama's successor, former President Trump signed an executive order to indefinitely keep the facility active.