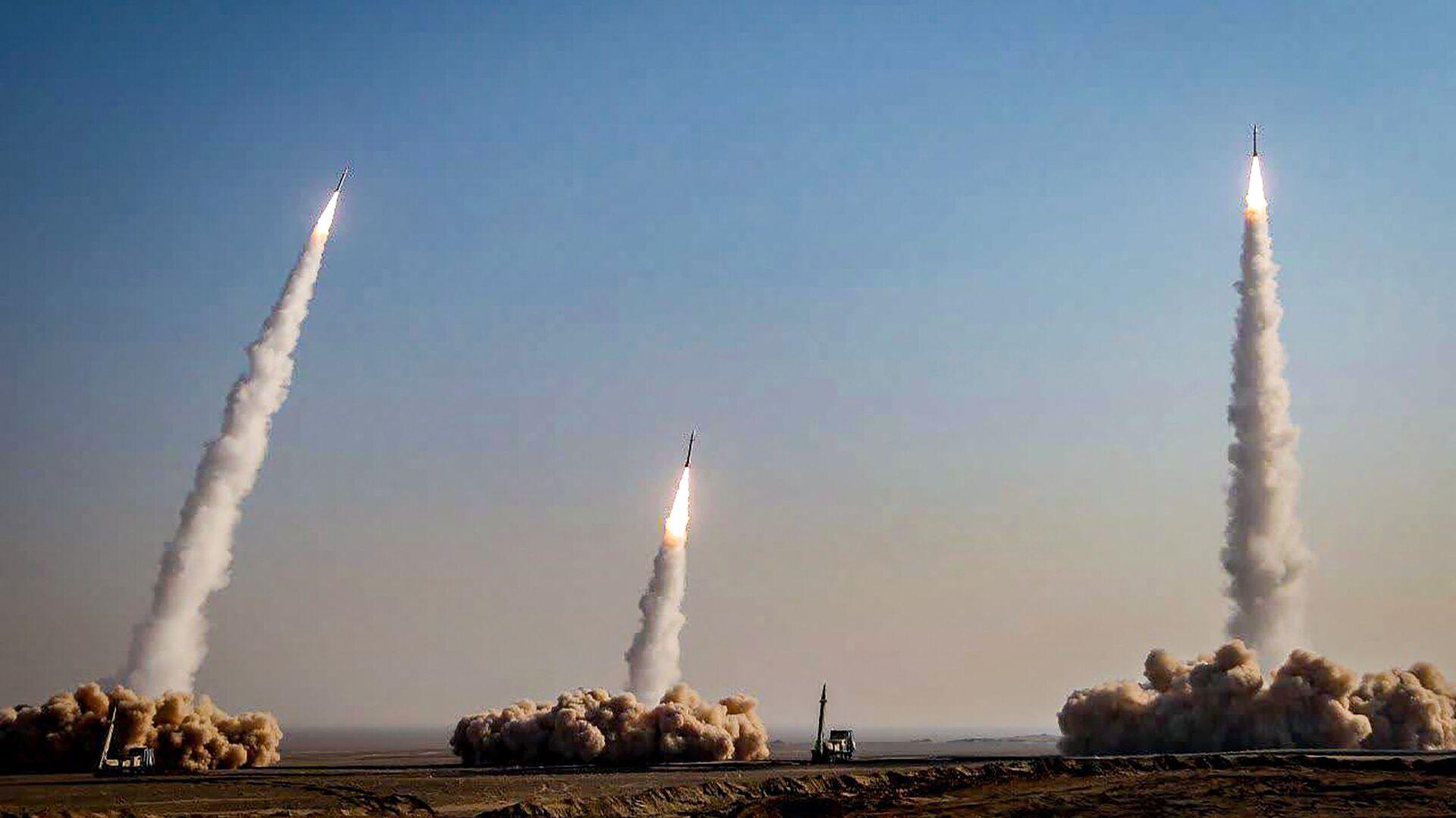 Evan Craighead
All materialsWrite to the author
US and Israeli officials met in-person at the Israeli Embassy in Washington, DC, on Tuesday to discuss Iran's alleged nuclear endeavors and share so-called sensitive information that, due to security concerns, could not be discussed in a virtual meeting.

US National Security Adviser Jake Sullivan, Israeli National Security Adviser Meir Ben-Shabbat, and several other US and Israeli officials agreed that the two nations should form an inter-agency working group to counter the "growing threat of Unmanned Aerial Vehicles and Precision Guided Missiles produced by Iran and provided to its proxies in the Middle East Region."

According to the White House readout on the April 27 meeting, the government officials also concurred that "Iran's aggressive behavior" in the Middle East poses a significant threat.

Based on this determination, US officials communicated that US President Joe Biden and his administration have "unwavering support for Israel's right to defend itself."

"The United States updated Israel on the talks in Vienna and emphasized strong US interest in consulting closely with Israel on the nuclear issue going forward," the readout detailed.

The consultations likely relate to the 2015 Joint Comprehensive Plan of Action (JCPOA), which has been the subject of several meetings in Vienna, Austria.

Last week, Iranian President Hassan Rouhani expressed that the US and Iran could soon reach an agreement regarding the JCPOA - so long as Washington remains "honest" in negotiations.

At the same time, some Israeli officials have disagreed with the ongoing US-Iran negotiations, and have spoken out in support of the "maximum pressure" approach of former US President Donald Trump's administration.

"Maybe the Americans want to believe they will get a better deal down the road," an Israeli diplomat told Israel Hayom, "but the moment they return to the original agreement they lose all leverage with Iran, which has no interest whatsoever in altering it. This promise is either a lie or pretending to be naive."

Social media footage shows Sullivan and others exiting the Embassy.

Officials also discussed the dozens of rockets launched from Gaza into Israel. Israel's Iron Dome missile defense system intercepted a number of rockets and members of the Israeli Defense Force (IDF) returned fire in some cases.

The IDF most recently identified two unsuccessful launches from Gaza that failed to leave the territory.

"The U.S. strongly condemned the recent indiscriminate rocket attacks from Gaza into Israel," noting the Biden administration will continue to support a "two-state solution."