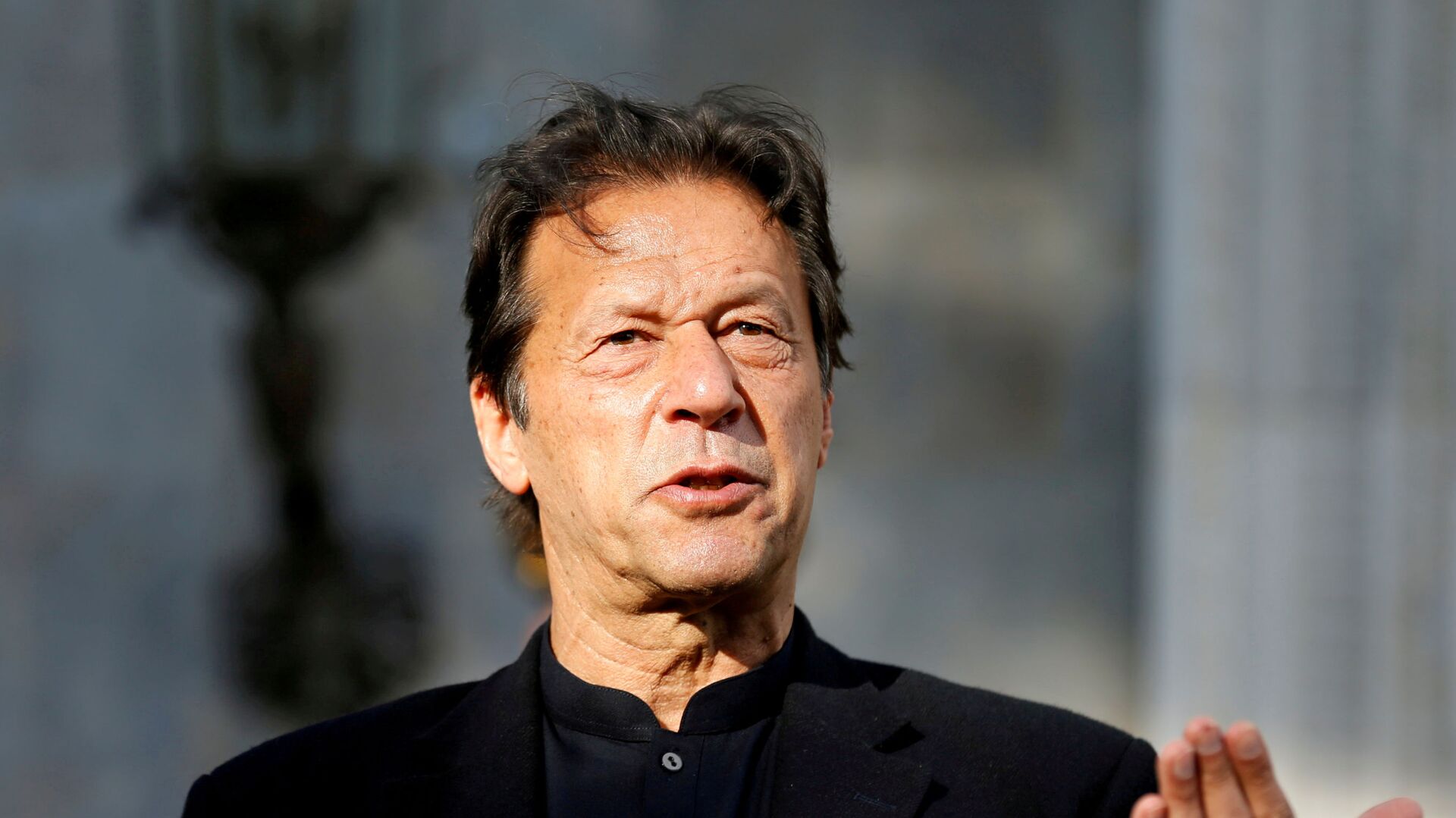 Secular leader Imran Khan pointed out that many European nations have laws against offending Jewish sensibilities with Holocaust denial — but do not criminalise speech and images insulting to other religions, including Islam.

Pakistani Prime Minister Imran Khan has said the Muslim world can hit the West for six with a consumer boycott for laws against insulting Islam.

Speaking at an event in Multan, southern Punjab province on Monday, the former national cricket team captain rejected calls from the banned Islamist Tehreek-i-Labbaik Pakistan party to expel the French ambassador of that country's crackdown on Muslims, Dawn reported.

"My way is to take heads of all Muslim countries into confidence," Khan said. "Together, we should ask Europe, the European Union and United Nations to stop hurting the feelings of 1.25 billion Muslim like they do not do in case of Jews."

In France, questioning the veracity of the Nazi holocaust of Jews during the Second World War is a crime punishable by imprisonment — as it is in most of Europe. However obscene caricatures of religious figures including the Muslim prophet Muhammad, such as those published in satirical magazine Charlie Hebdo, are permitted.

French President Emmanuel Macron has drawn criticism from political leaders and sparked protests across the Muslim world for his crackdown on mosques, ostensibly aimed at combatting Islamism, following the murder and beheading of Paris schoolteacher Samuel Paty — who allegedly used cartoons of the Islamic prophet in a class on free speech.

"I want the Muslim countries to devise a joint line of action over the blasphemy issue with a warning of trade boycott of countries where such incidents will happen," Khan continued. "This will be the most effective way to achieve the goal."

France is also one of several Western European nations that have outlawed face coverings in public — the so-called 'Burqa ban'.

"It is not countries that insult the Prophet Mohammed, it's individual citizens," Rifkind said. "However distasteful that might be, as in Pakistan it is the law of the United Kingdom or any other country to determine whether they are allowed to do that or not."

"We already have laws about hate crimes, which apply regardless of a particular religion. I do not think there should be a separate law for one religion," he added. Britain's common-law prohibitions against blasphemy, dating back to medieval times, were abolished in England and Wales in 2008 and in Scotland just this year, with hate crime legislation superseding them.

Khan's first wife Jemima Goldsmith is the granddaughter of Jewish property tycoon Frank Goldsmith, who narrowly escaped the Nazi invasion of France with his family in 1940.