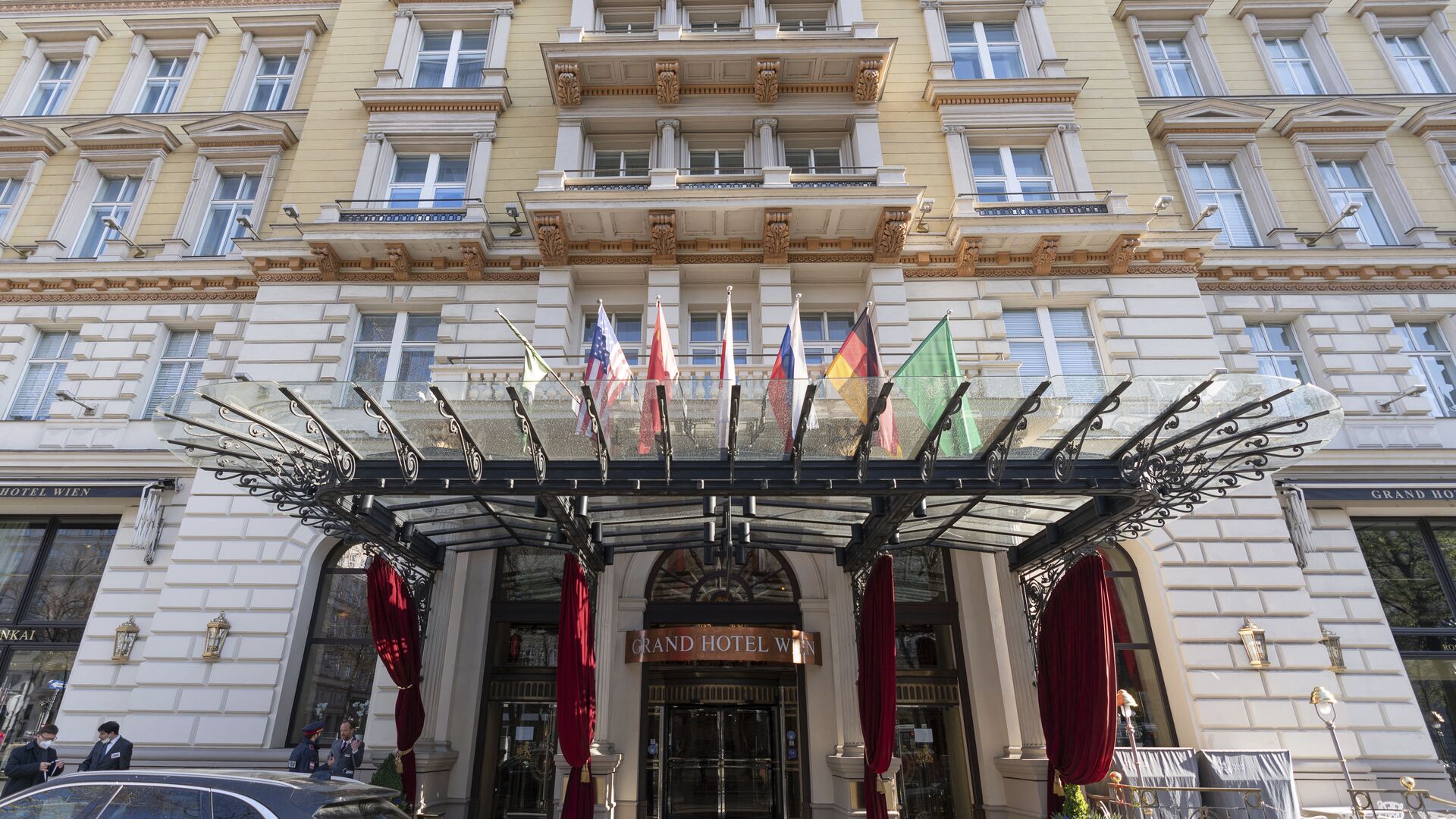 Tim Korso
All materials
The remaining signatories to the Joint Comprehensive Plan of Action (JCPOA, also known as the Iran nuclear deal) once again sat down at the negotiation table this week in an attempt to restore the nuclear accord and return both Iran and the US to compliance with its provisions.

Moscow is intent on preventing Iran from possessing a nuclear bomb under any circumstances, Russian envoy to the JCPOA talks in Vienna, Mikhail Ulyanov, said. The diplomat added that he is "optimistic" about the prospects of restoring the deal, but stressed that this is his personal impression.

Elaborating further, Ulyanov explained that the parties have already managed to resolve one of the main obstacles to reaching an agreement – they ditched the "nuclear deal plus" idea. The proposal, first suggested by the US, to include restrictions on Iran’s missile programme and on shipments of rockets to groups like Hamas in the JCPOA was "unrealistic and counterproductive", the diplomat said.

"As an American proverb goes: you tried to hit three birds with just one stone. After all, imposing limits on the Iranian nuclear programme is very different from missile development and the issues of regional security", Ulyanov said.

The envoy further added that it would be "desirable" to end the negotiations on reviving the deal before 21 May. He noted that Russia's European partners in the JCPOA agree with this assessment. Ulyanov explained that the preliminary deal between Iran and the International Atomic Energy Agency (IAEA), which enables "acceptable" levels of IAEA inspections, ends on 22 May. In addition, a presidential race in Iran is set to kick off in May, when all candidates have been registered.

The Russian envoy suggested that the Vienna talks could be successfully concluded even without direct contact between Iran and the US, which dropped out of the JCPOA in 2018 but is now considering returning to it under the new administration of Joe Biden. Washington is not directly involved in the talks that have been ongoing since last week, but is closely monitoring them.

"I believe it is possible. After the JCPOA is restored and the US re-joins the deal, the parties will automatically start talking to each other directly, since they will meet at regular meetings of the signatory states", the diplomat said.

Ulyanov’s comments come as talks between the remaining parties to the JCPOA resumed in Vienna on 27 April. The signatories have been working since last week on ways to get Iran to abandon its recent advancements in uranium enrichment, while at the same time lifting American sanctions, imposed by Washington following its withdrawal from the deal in May 2018. Tehran earlier stated that around 60% of the issues were resolved already during the first week of the talks.