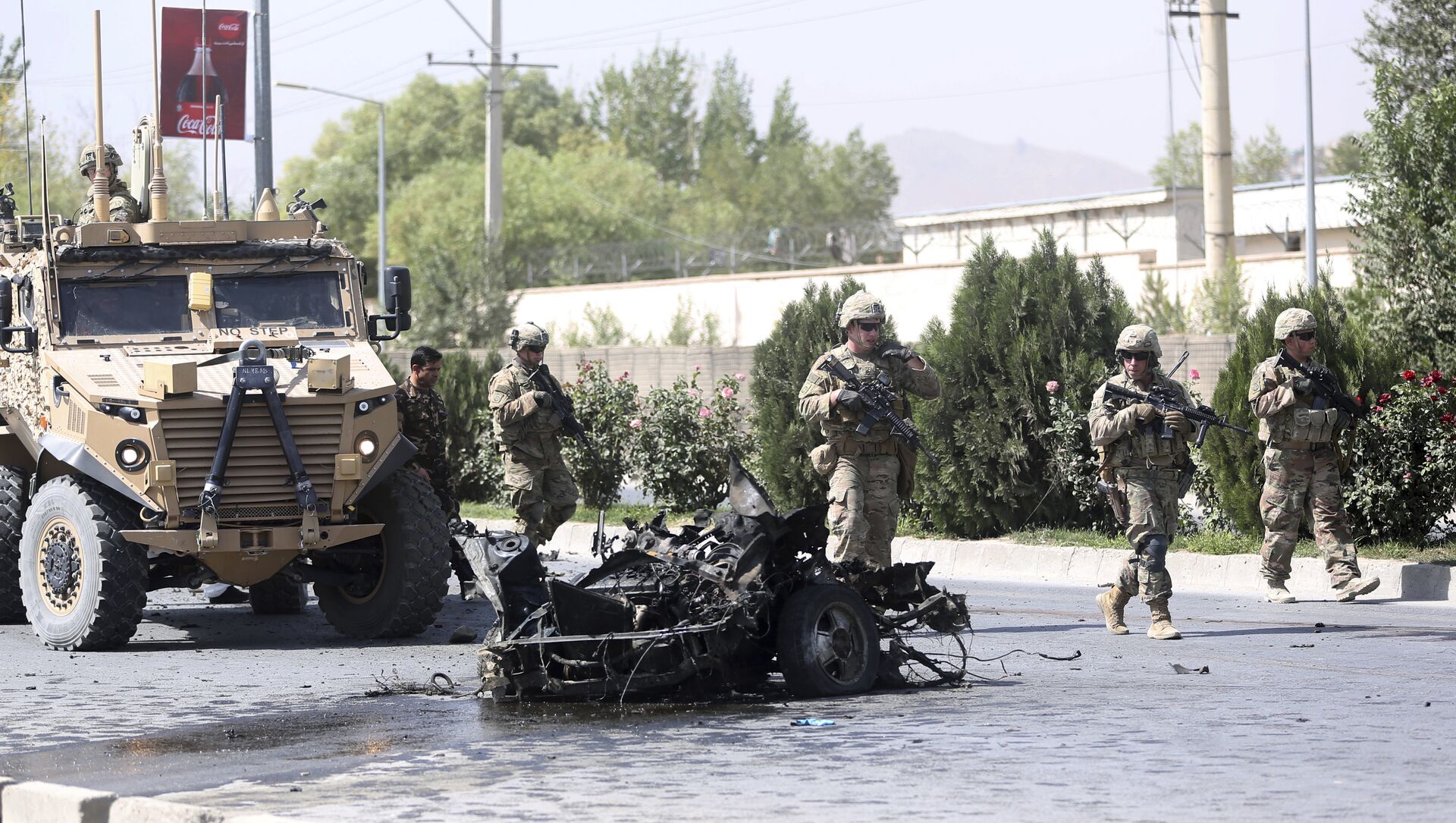 Henry Batyaev
All materialsWrite to the author
Last week, the alliance announced that an orderly pullout from Afghanistan would begin by 1 May and is expected to be complete within a few months. The US aims to complete the withdrawal by 11 September.

The United States and NATO have begun withdrawing their troops from a number of bases in Afghanistan, Commander of the Resolute Support Mission in Afghanistan, Austin Scott Miller said at a press conference on Sunday. Miller added that the military will eventuall hand over all their bases to Afghan forces.

"We have started withdrawing from a number of bases ... Even if Afghanistan has access to a peace agreement, we have been told to leave", Miller said at the press conference.

The announcement comes as NATO Secretary General Jens Stoltenberg revealed the bloc's plans to start withdrawing troops from Afghanistan by 1 May. The alliance intends to complete the withdrawal within several months.

US President Joe Biden, in turn, vowed to withdraw US troops by 11 September, on the 20th anniversary of the 9/11 attacks.

Under the terms of the previous US-Taliban agreement, signed in Doha by then-President Donald Trump, the US withdrawal from Afghanistan, in exchange for the Taliban's commitment not to host terrorist forces in the country that could threaten US national security, was supposed to be effectuated on 1 May. However, new President Biden admitted that meeting the original deadline could be "tough".

Despite the the launch of peace talks between the movement and Kabul in Qatar's Doha last September, clashes between Taliban insurgents and the Afghan military still continue to rock the country.