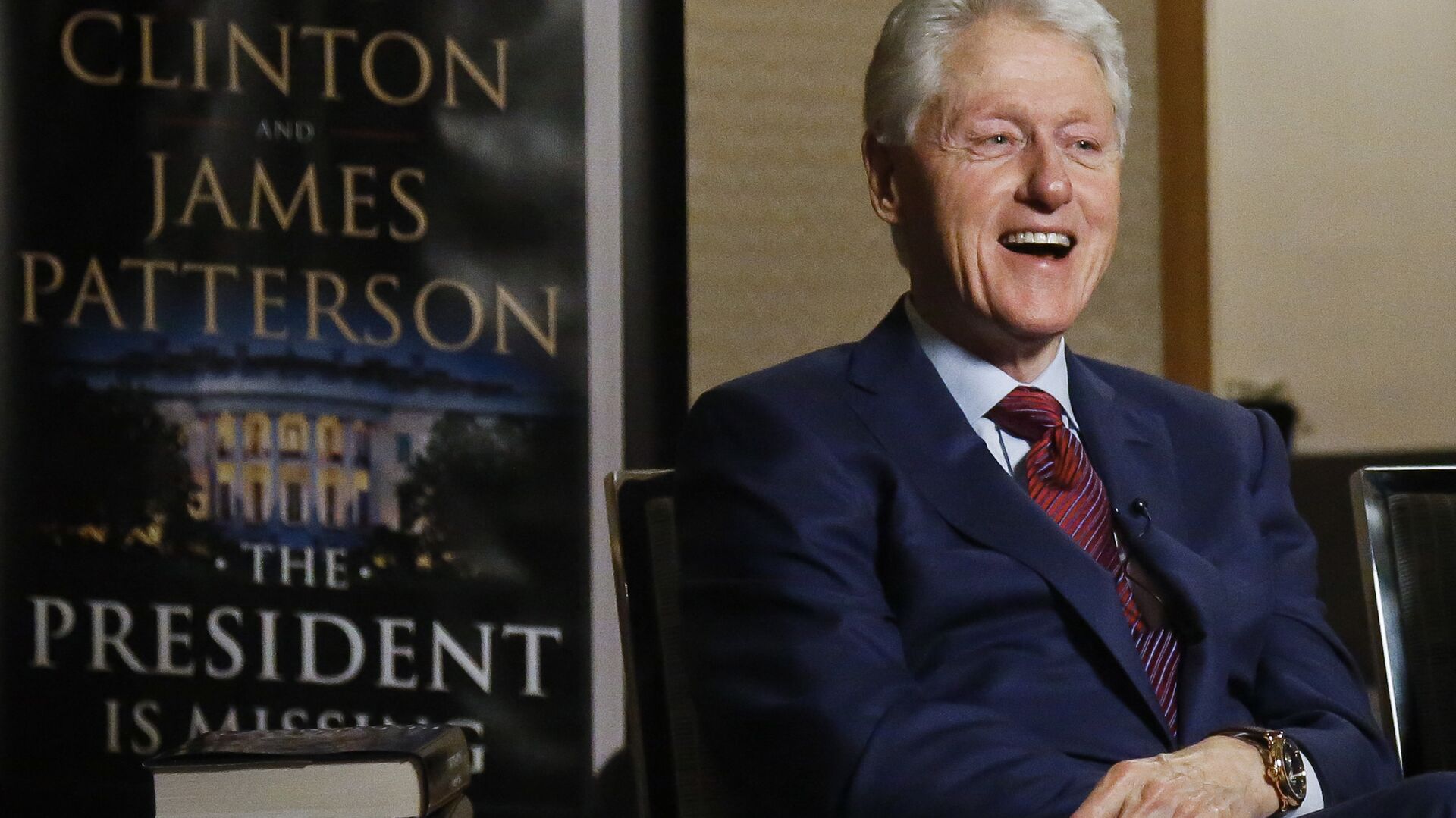 Max Gorbachev
All materialsWrite to the author
The politician distanced himself from Epstein after he was arrested on charges of running a sex trafficking network of minors in 2019. Yet, Epstein's alleged victims and even Clinton's former aide claims the politician visited the private island where the financier and his powerful friends reportedly sexually abused women.

Newly released photos show former US President Bill Clinton greeting Jeffrey Epstein and his alleged accomplice Ghislaine Maxwell in the White House. The images, obtained by The Sun, show the 42nd president shaking hands with the disgraced financier during a tour of the presidential residence.

Ghislaine Maxwell, Jeffrey Epstein and President Bill Clinton during a tour of the White House. September, 1993.
Epstein gave £7,280 to the refurbishment of the Oval Office. pic.twitter.com/wxQM8XiXX0

​The newspaper writes that the meeting took place in the 1990s, during Clinton's first term in office. The White House reception hosted by Clinton and his wife Hillary was for individuals, who donated money for a makeover of the Oval Office. Epstein donated more than $10,000 for the renovation, The Sun writes, citing records pulled from the William J Clinton Library and Museum that show Epstein and Maxwell on the guest list.

Previously published photos suggest that Clinton's relationship with the sex offender and his reported accomplice did not begin until 2002. The newly-published images indicate that the trio have communicated for many years.

Report suggest the 42nd president of the United States frequently travelled on Epstein's private jet dubbed the "Lolita Express". The financier's alleged victims claimed the plane was one of places where Epstein and his friends abused young women. Clinton dismissed the reports about frequent flights and released a statement through his press secretary, saying he only took four trips, "one to Europe, one to Asia, and two to Africa, which included stops in connection with the work of the Clinton Foundation".

Bill Clinton as well as other high-profile figures such as British Royal Prince Andrew were thrust into the spotlight after Epstein was arrested on charges of running a sex trafficking network of minors in 2019. He was found dead in his jail cell on 10 August 2019, a month later after his arrest. His death was ruled a suicide though supporters of conspiracy theories purport that Epstein was killed by his powerful friends, who may be implicated in his crimes.

An earlier photo even showed Clinton receiving a neck massage from one of Epstein's accusers.

The Clinton family reportedly continued to maintain relations with Epstein and his former girlfriend and alleged accomplice Ghislaine Maxwell even after his first criminal case in 2008. Back then, Epstein pleaded guilty to two felony charges, including to soliciting a minor for prostitution. He was ordered to register as a sex offender and was also jailed for 18 months.

Following Epstein's arrest Clinton distanced himself from him. The politician denied knowing about the billionaire's crimes and dismissed allegations that he had visited Little Saint James, calling them "lies".