Did a SpaceX Craft Just Have a Near Miss With a UFO? 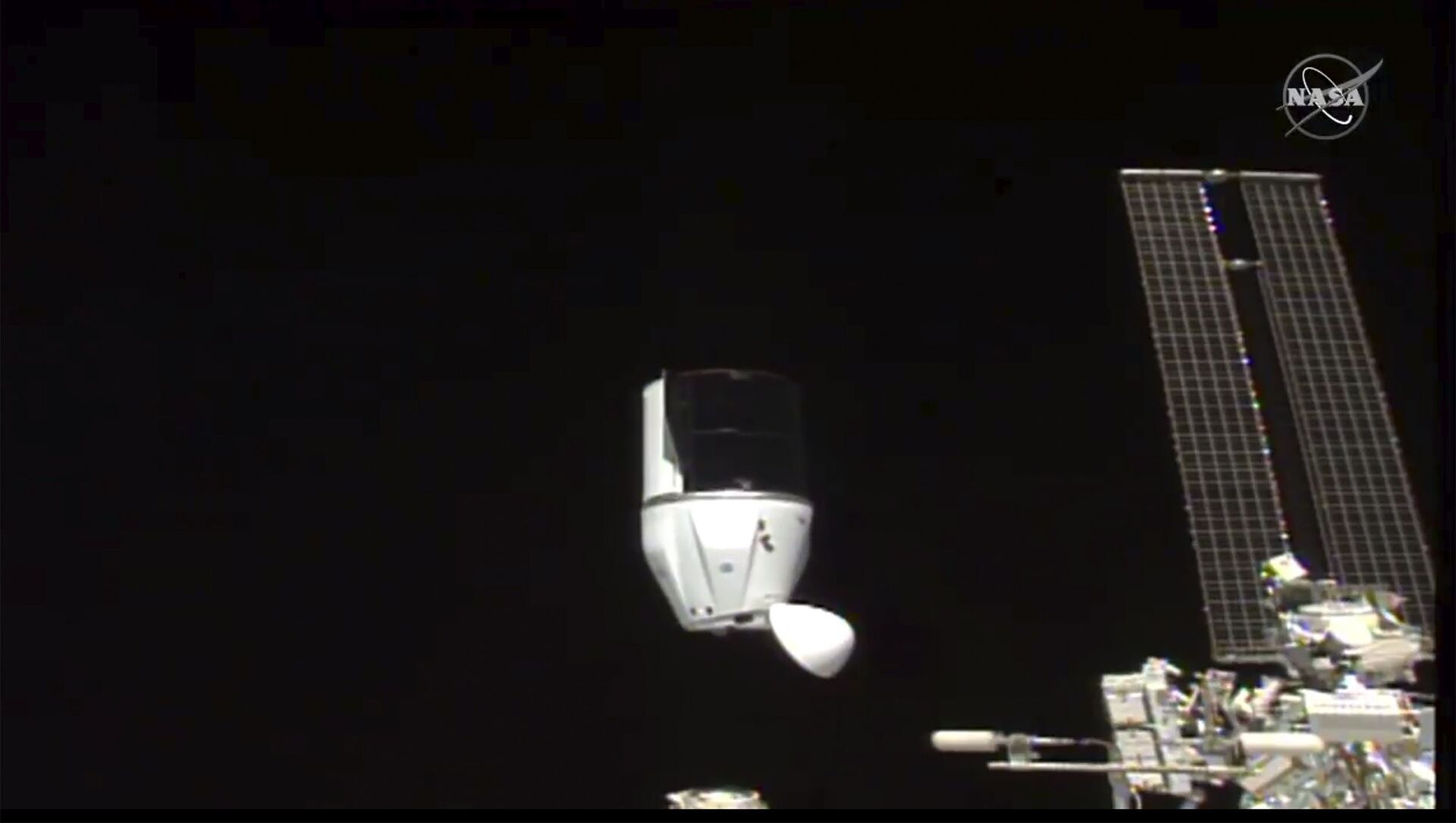 Lilia Dergacheva
All materialsWrite to the author
Hours after its successful launch at NASA’s Kennedy Space Centre in Florida on 23 April, the Dragon spaceship crew received a stark warning from the Pentagon about them being on a potential collision course with a mysterious space object.

The SpaceX craft seems to have had a near miss with an unidentified object while recently heading to the International Space Station, Futurism reported, adding that the four-strong crew was at one point warned of a potential collision with it.

"The NASA/SpaceX team was informed of the possible conjunction by US Space Command. The object being tracked is classified as ‘unknown'”, NASA spokesperson Kelly Humphries told the edition.

The object, initially thought to be a grave threat to the crew and craft, as per Humphries, was mapped at a worrisome distance from the Dragon spacecraft – merely around 28 miles (45 km) away at its closest point.
In terms of space travel, it’s seen as dangerously close, especially given that there was no time to plan any evasive manoeuvres. Yet, the crew was ordered to put on their pressurised suits, which they had taken off by the time preparing to sleep.

"For awareness, we have identified late-breaking possible conjunction with a fairly close miss distance to Dragon. As such, we do need you to immediately proceed with suit donning, securing yourself in seats. We will be erring on the side of caution to get you guys in a better configuration. The time of closest approach for this event is at 13:43[EST]", SpaceX's crew operations resource engineer Sara Gillis told the members of the crew.

Fortunately, the Dragon spacecraft and the object passed each other safely, and the SpaceX craft proceeded to the final destination, eventually docking with the ISS.

As senior NASA scientist Jack Bacon told Wired in 2010, the threat from space junk is real, as collision with just a small sphere of aluminium about 10 cm in size would be equal to detonating 15 pounds (7 kilograms) of TNT.