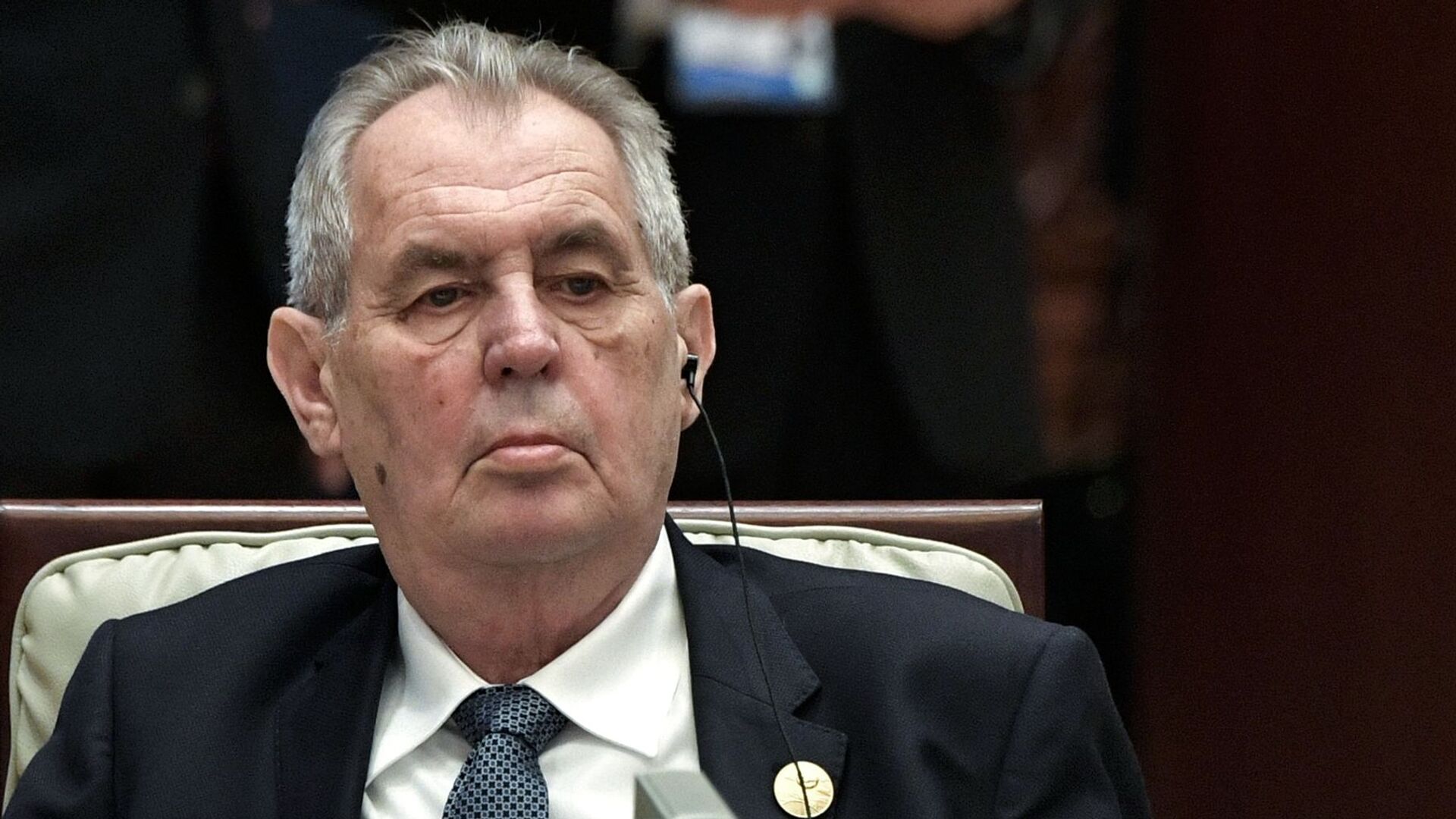 Tim Korso
All materialsWrite to the author
Earlier, Czech authorities accused Russia’s GRU intelligence agency of orchestrating the explosion at an ammunition warehouse and expelled 18 Russian diplomats from the country. Moscow denied the accusations and responded with a reciprocal step by expelling 20 Czech diplomats.

Czech President Milos Zeman has cautioned against jumping to conclusions when it comes to the cause of the explosion at the ammunition warehouse near Vrbetice in 2014 and called for waiting until an official probe into the matter is concluded. He stressed that the investigation is still ongoing and that an accident still can't be ruled out.

The president, in an extraordinary address to the nation on 25 April, further stated that counterintelligence reports, even those not available to the public, have over the last six years never mentioned anything about two Russian military intelligence (GRU) agents possibly being responsible for the explosion in Vrbetice. He added that reports from the country's Security Information Service never mentioned that two alleged GRU agents, whom the Czech government recently blamed for the blast, had ever visited the warehouse at Vrbetice.

Zeman noted that he treats both versions – an accident and an operation by foreign agents – seriously and said that both have to be thoroughly investigated. The president added that the recent events could be a "game" involving special services that may have serious repercussions for the Czech Republic.

Diplomatic Spat Between Prague and Moscow Over Vrbetice Blast

Zeman's bombshell statements come a week after the Czech government accused Russia of being behind the explosion at the Vrbetice ammunition warehouse. Prague also claimed that the explosion was organised by two alleged GRU agents named Alexander Petrov and Ruslan Boshirov.

Moscow has strongly denied Prague's accusations and linked the Czech Republic's actions to a new wave of anti-Russian hysteria initiated and led by the US. Russia responded to the expulsion of its diplomats reciprocally, sending away 20 Czech diplomats. Prague may also fall under the conditions of a recently announced law banning the embassies of "unfriendly" countries from hiring Russian citizens.