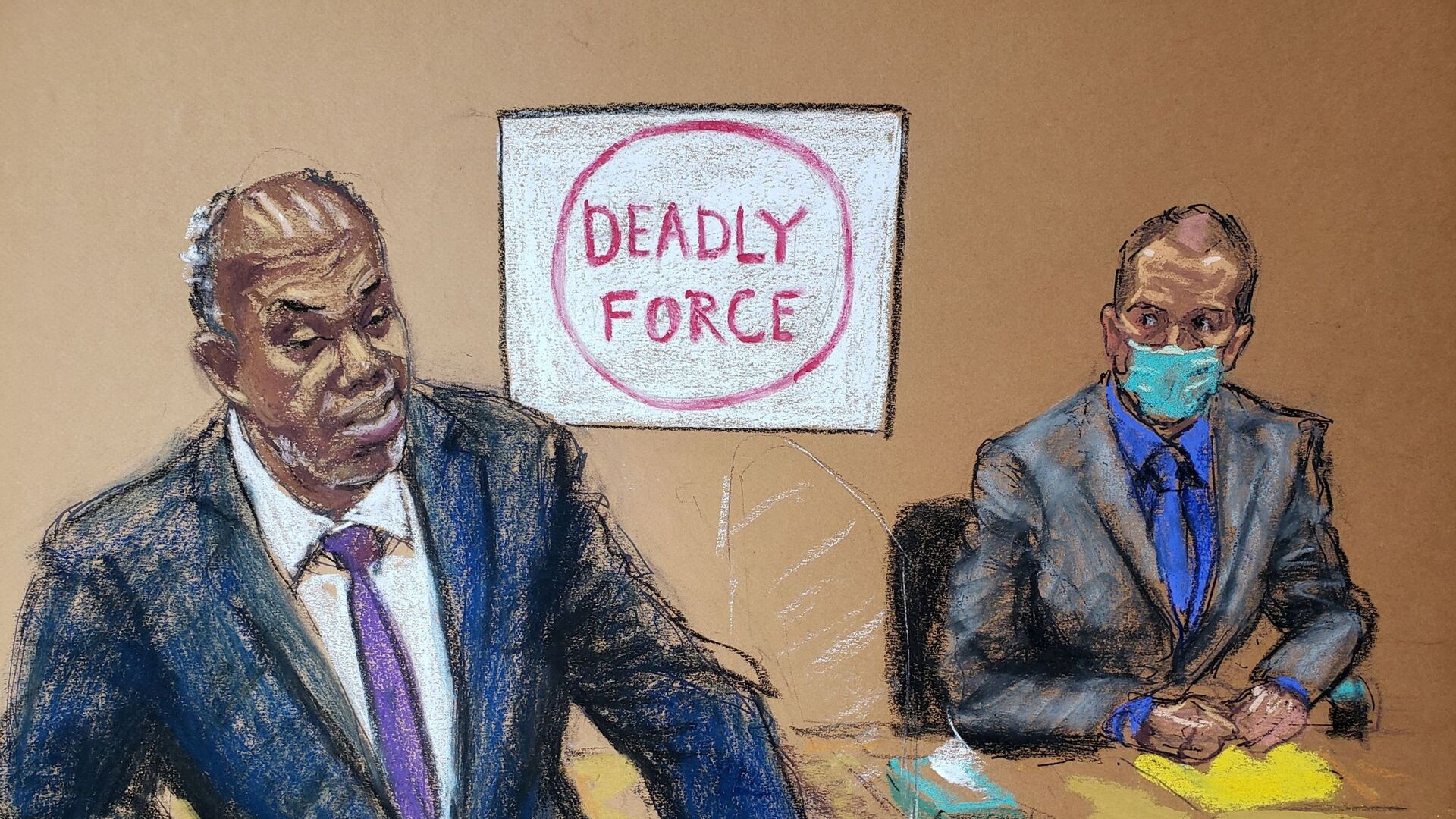 Alexandra Kashirina
All materialsWrite to the author
During the trial of Derek Chauvin, one key issue was a dispute over the cause of George Floyd’s death. While the prosecution was pointing out that Floyd had suffocated because of neck restraint by police, the defense suggested that there were additional factors that contributed to his death, including Floyd’s reported heart disease and drug abuse.

Autopsy conclusions of in-custody deaths made by forensic pathologist Dr. David Fowler during his 17 year career as a chief medical examiner in Maryland, who testified in Chauvin’s trial, will be re-examined, the Baltimore Sun reported on Friday, citing state officials.

The decision was made after Fowler, a former chief medical examiner in Maryland from 2002 to 2019, testified in court as a defense witness, stating that Chauvin’s neck compression was not a "substantial contributor" to Floyd's death. According to Fowler, the man died primarily because of a sudden heart rhythm disturbance triggered by the restraint amid existing heart disease. This testimony contradicts two prosecution experts, who testified that Floyd died due to low oxygen level, or asphyxia.

The directive came from the Maryland attorney general following a collective letter addressed to his office. The letter, written by former DC chief medical examiner Roger Mitchell and signed by 431 doctors, alleges that Fowler made “baseless” and “biased” remarks during the trial, “particularly the portion that suggested open-air carbon monoxide exposure as contributory,” and have “raised malpractice concerns” and put into doubt all his previous work

“Dr. Fowler’s stated opinion that George Floyd’s death during active police restraint should be certified with an ‘undetermined’ manner is outside the standard practice and conventions for investigating and certification of in-custody deaths. This stated opinion raises significant concerns for his previous practice and management,” the letter reads.

Fowler told the outlet that he was not aware of any review, adding that he is not the only person responsible for death determinations.

“There’s a large team of forensic pathologists, with layers of supervision, and those medical examiners always did tremendous work,” Fowler said.

During the trial, the prosecution was aiming to prove that Floyd’s apprehension was the only reason for his death as Chauvin pinned the Minnesota resident down, pressing his knee on arrestee’s neck for nine minutes and 24 seconds.

The defense, in turn, insisted that the policeman’s neck-hold was not the main cause of Floyd’d death, citing autopsy results that revealed drugs, including fentanyl and methamphetamine, which are particularly harmful for people with heart disease.

Chauvin’s trial, begun in March, was concluded on Tuesday with a 12-member jury finding the former police officer guilty of all charges in the death of Minnesota resident George Floyd. Chauvin is expected to be sentenced on 16 June.