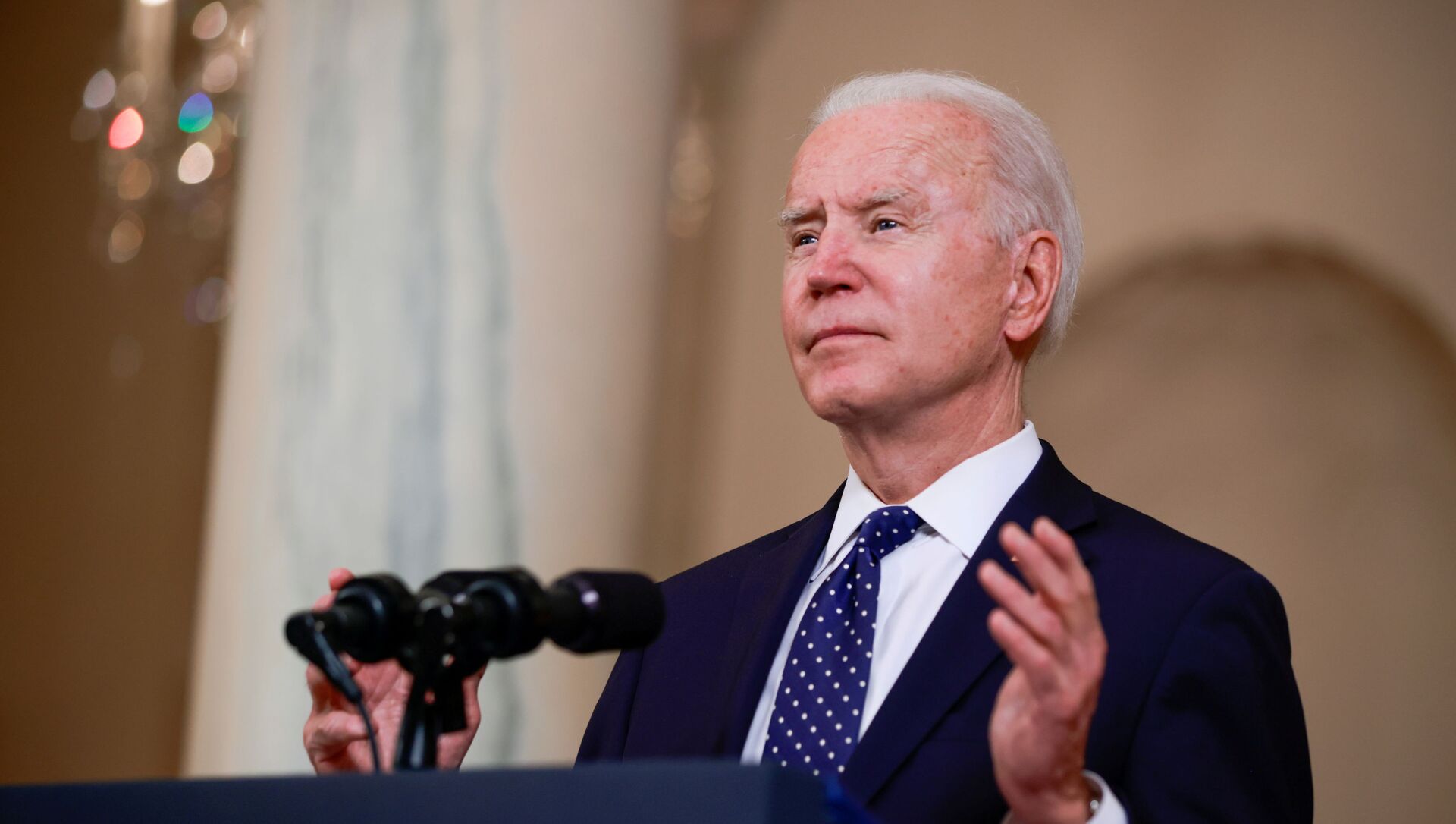 Tim Korso
All materials
Earlier, media reports suggested Biden had warned his Turkish counterpart Recep Tayyip Erdogan about the upcoming recognition in a telephone conversation on 23 April. Ankara has repeatedly rejected claims about involvement in a genocide of Armenians and warned the US against recognising it.

US President Joe Biden has announced that from now on, Washington recognises the actions of the Ottoman Empire in the early 20th century against the Armenians as a genocide, despite earlier objections from Turkey.

"Beginning on April 24, 1915, with the arrest of Armenian intellectuals and community leaders in Constantinople by Ottoman authorities, one and a half million Armenians were deported, massacred, or marched to their deaths in a campaign of extermination. We honour the victims of the Meds Yeghern so that the horrors of what happened are never lost to history", Biden said in a statement.

While the move is purely symbolic, it has already sparked harsh criticism from the Ottoman Empire’s successor state, Turkey.

Turkey’s Foreign Minister Mevlut Cavusoglu has stated that Ankara "entirely rejects" the US declaration. He also stressed that Biden's move undermines the mutual "trust and friendship" between Turkey and the US and that it has caused "a deep wound". Cavusoglu accused Washington of "distorting historical facts" and that this will "never be accepted by the people of Turkey".

"We have nothing to learn from anybody on our own past. Political opportunism is the greatest betrayal to peace and justice", the minister added.

Turkish President Recep Tayyip Erdogan, in turn, slammed the debate on the matter of the Armenian genocide, claiming it had been politicised and used by third parties to interfere in Turkey's domestic affairs.

In his address to Armenian Patriarch of Constantinople Sahak Mashalian, Erdogan said that he honours the memory of the Armenians who lived under the Ottoman Empire and who died "in the harsh conditions of the First World War". At the same time, he stressed that it would be unacceptable to cast the legacy of "hundreds of years of coexistence of Turks and Armenians" into oblivion.

"The recognition of the Armenian Genocide by the United States is a much-needed message to the international community, which comes to reaffirm the primacy of human rights and values in international relations", Pashinyan wrote in an open letter to the American president.

Pashinyan added that the recognition was also a matter of security for Armenia in light of recent events in the region. The prime minister was apparently referring to the 2020 military conflict between Armenia and Azerbaijan over the disputed region of Nagorno-Karabakh.

Biden's recognition of the Armenian genocide was timed to coincide with the 106th anniversary of the day when Armenians commemorate the victims of the actions of the Ottoman Empire in 1915. Some historians say that systematic deportations, starvation, and massacres carried out by the Ottoman Empire in areas inhabited mostly by Armenians left around 1.5 million of them dead. The governments of 23 countries plus several international organisations have recognised these events as a genocide of Armenians.

Ankara, in turn, strongly rejects the term “genocide”, insisting that the tragic events affected not only Armenians, but Turks as well. The country strongly opposes referring to the tragedy as the Armenian genocide and insists on creating an international group of historians who would arrive at an "objective" conclusion about these events after studying archive documents available in Turkey.