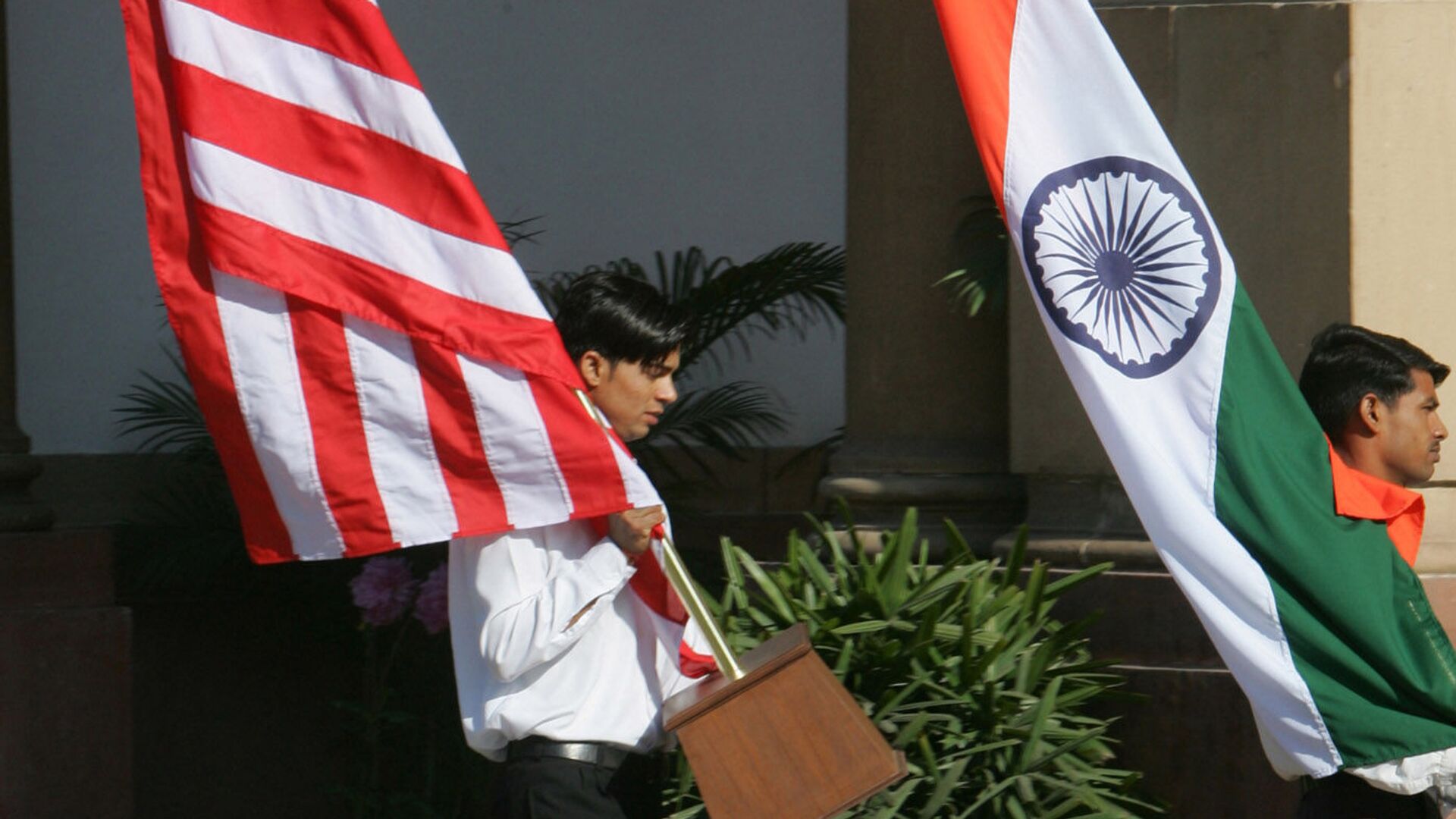 Dhairya Maheshwari
All materials
India, which has the second worst COVID caseload globally, has been recording more than 300,000 new COVID infections for three straight days. Struggling to inoculate its 1.3 billion people, New Delhi has been asking the US to supply it with raw materials needed to manufacture COVID vaccines as well as jabs stockpiled by the Biden administration.

The refusal of the Joe Biden administration to lift a ban on raw materials needed to manufacture COVID vaccines in India, amid a huge demand for the jab in the South Asian country, has created a “wrinkle” in bilateral ties at a critical juncture, India’s former Foreign Secretary Kanwal Sibal has told Sputnik.

“The attitude of the Joe Biden administration is very self-centred and selfish. India has been very generous in exporting and donating vaccines to other countries during the COVID pandemic”, said Sibal, who has previously also served as New Delhi’s top envoy to Moscow and has also been a deputy chief of India’s Embassy in the US.

“The US, on the other hand, wants to create a stockpile to buffer itself against the next wave. Millions are being affected in India due to the virus and the US is effectively ignoring the plight of Indians”, complained Sibal.

The observations by the former foreign secretary come amid India’s repeated requests for the supply of raw materials required to manufacture COVID vaccines, including bio-reactor bags, cell culture media, and filters, among others.

Adar Poonawala, the chief executive officer (CEO) of the Serum Institute of India (SII), the world’s largest vaccine manufacturing facility, this week tweeted out an appeal to US President Biden urging him to lift the ban on the export of raw materials.

The SII has reportedly claimed that its vaccine production has been cut by almost 50 percent due to a shortage of raw materials.

India’s External Affairs Minister Subrahmanyam Jaishankar is also said to have taken up the issue of the export ban during his conversation with Secretary of State Antony Blinken on Monday.

On its part, the US State Department says that the Biden administration’s "priority" is to vaccinate the American people before others.

“We (the Biden administration) are doing that for a couple of reasons. We have a special responsibility towards the American people”, US State Department spokesperson Ned Price said on Friday, when asked to comment on the US’ decision to withhold raw materials from India.

“Number two, the American people… this country has been hit harder than any other country in the world. More than 550,000 deaths. Tens of millions of infections”, he explained.

According to data gathered by scientific intelligence firm Airfinity, the US didn’t export a single dose of its vaccine until the end of March. In contrast, China had exported 48 percent of its vaccine production by then, compared to 44 percent exported by India in the same time period.

According to a New York Times report last month, the US is sitting on tens of millions of doses of the AstraZeneca vaccine, the same jab that is powering India’s federal COVID vaccination programme.

An AstraZeneca spokesperson has been quoted as saying that in spite of requests by foreign governments as well as the pharmaceutical company for the export of these jabs to where they are needed, the Joe Biden administration has so far refused to pay heed to the pleas.

“The US is sitting on 350 million doses of COVID vaccine which India could use urgently", notes former Indian envoy Sibal.

The ex-top diplomat reckons that the “commitment” towards a "Quad Vaccine Cooperation" between the leaders of the US, India, Japan, and Australia last month has turned into nothing but “mere hype”, as he recalled the pledge among the four nations to manufacture one billion vaccines during the first-ever leadership level summit of the heads from the Quad countries on 12 March.

“The commitment was to manufacture a billion doses of vaccine in India with the help of US technology, Japanese funding, and Australia delivering these India-made jabs in other Asian countries. But right now, we have a situation where India itself is in dire need of the vaccine to fulfil its domestic requirements”, he noted.

Sibal opined that New Delhi could be “encouraged” to look for other countries to fulfil its domestic shortage in the face of Washington’s consistent refusal to supply vaccine-related raw materials to India.

He stated that India can’t rule out importing the raw materials from China. “It is a health emergency in India. If China has the material and is willing to offer it to us, we must procure it at the earliest to keep our manufacturing going. After all, we are still trading with China despite the Ladakh border dispute”, opined Sibal.

Sibal, however, cautioned that New Delhi must be careful to appreciate that Beijing might try to “exploit” the differences between the US and India for its own geopolitical motives.

“The Chinese side notes that the epidemic situation in India is severe and there is a temporary shortage of epidemic prevention and medical supplies. We are ready to provide necessary support and assistance to India so that they can control the epidemic”, said Chinese Foreign Ministry spokesperson Wenbin Wang this week.