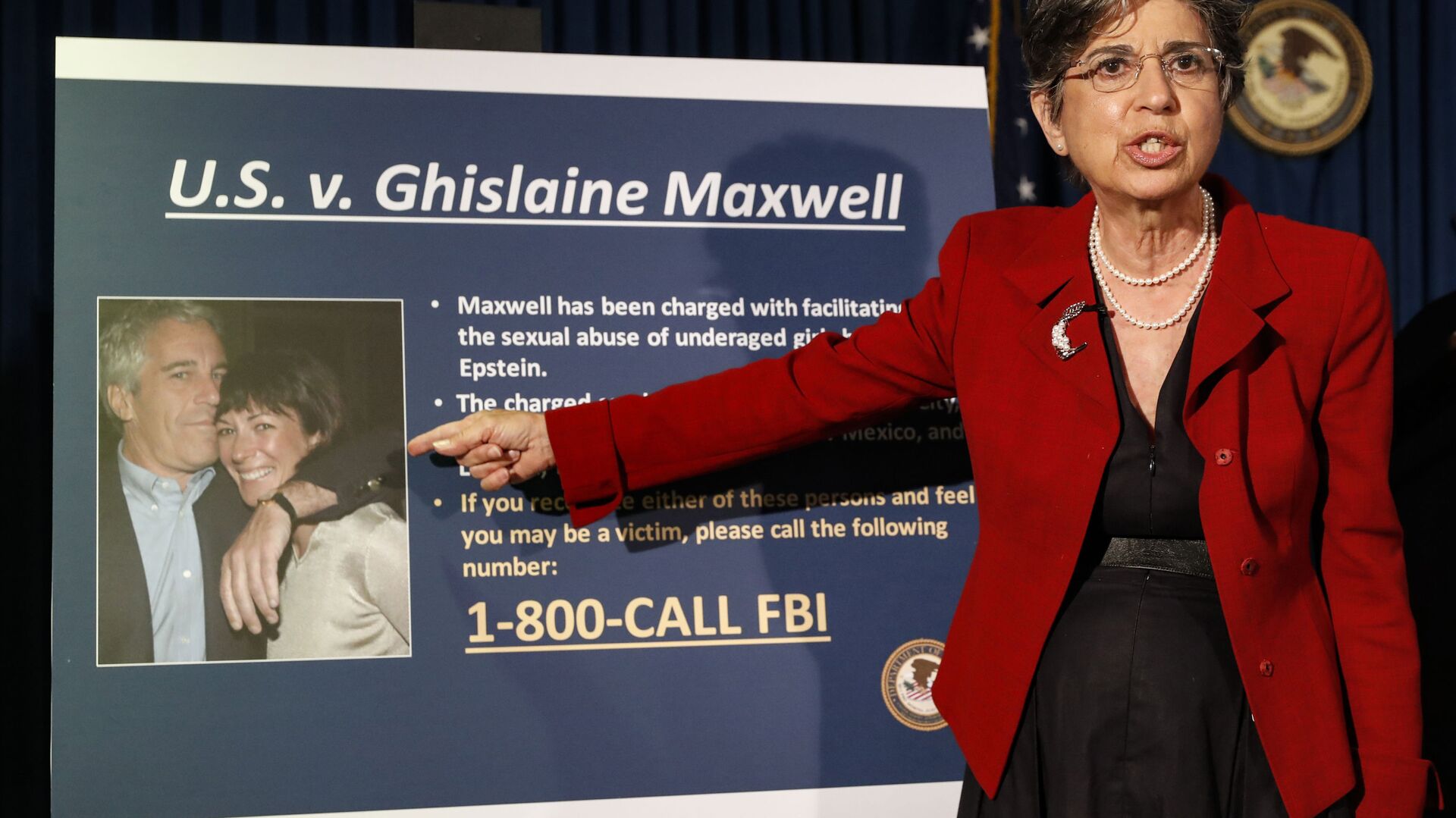 Max Gorbachev
All materialsWrite to the author
The British socialite has been accused of grooming girls as young as 14 for disgraced financier Jeffrey Epstein, who is himself accused of sexual assault and rape. Maxwell claims she is innocent and was made a scapegoat for Epstein.

Ghislaine Maxwell pleaded not guilty to sex trafficking charges during her first in-person appearance in a New York court on Friday. According to court documents, prosecutors claim Maxwell recruited a 14-year-old girl in the early 2000s to work for Epstein. The victim was reportedly abused by the financier at his mansion in Florida. Maxwell dismissed the charges.

During the hearing, she was asked whether she had received enough time to read the indictment, to which Maxwell responded positively. However, her legal team argued the two new charges that the prosecutors added – sex trafficking conspiracy and sex trafficking of a minor - would require several months of preparation and hence the 12 July trial should be postponed.

Prosecutors, however, argued that the two new charges include one new victim to the three already mentioned and hence should not require lengthy preparation.

During the hearing, Maxwell also complained about the conditions she is being kept in. The 59-year-old said she's lost weight and hair due to the trauma of being behind bars.

"Ghislaine is in very, very, very difficult conditions – conditions none of us would wish on our worst enemies", said one of Maxwell's lawyers David Oscar Markus.

Her legal team previously claimed that Maxwell is awakened every 15 minutes, subjected to strip searches multiple times during the day, and is kept in "onerous" and "cruel" conditions.

Moreover, her lawyers accused the prosecution of double standards, claiming high-profile male sex offenders such as Bill Cosby or Harvey Weinstein were granted bail, although they potentially posed a danger to women, while Maxwell was denied bail despite the fact she poses no danger.

The ninth and youngest child of publishing tycoon Robert Maxwell, she has been part of the highest circles in Britain and the United States. In the 1990s, she met US financier Jeffrey Epstein and the two dated. Even after their relationship ended, Maxwell is said to have maintained close contact with Epstein. The latter has been accused of rape and sexual assault by dozens of women. In 2008, he was sentenced to 18 months in prison for procuring a minor for prostitution.

Several more lawsuits were filed against him, but they were either dropped or settled. Ghislaine was reportedly mentioned in these lawsuits as a person who groomed young girls and women for Epstein, promising them a well-paid job in the house of the billionaire. In July 2019, Epstein was arrested on charges of running a sex trafficking network of minors. He was found dead in his jail cell a month later.