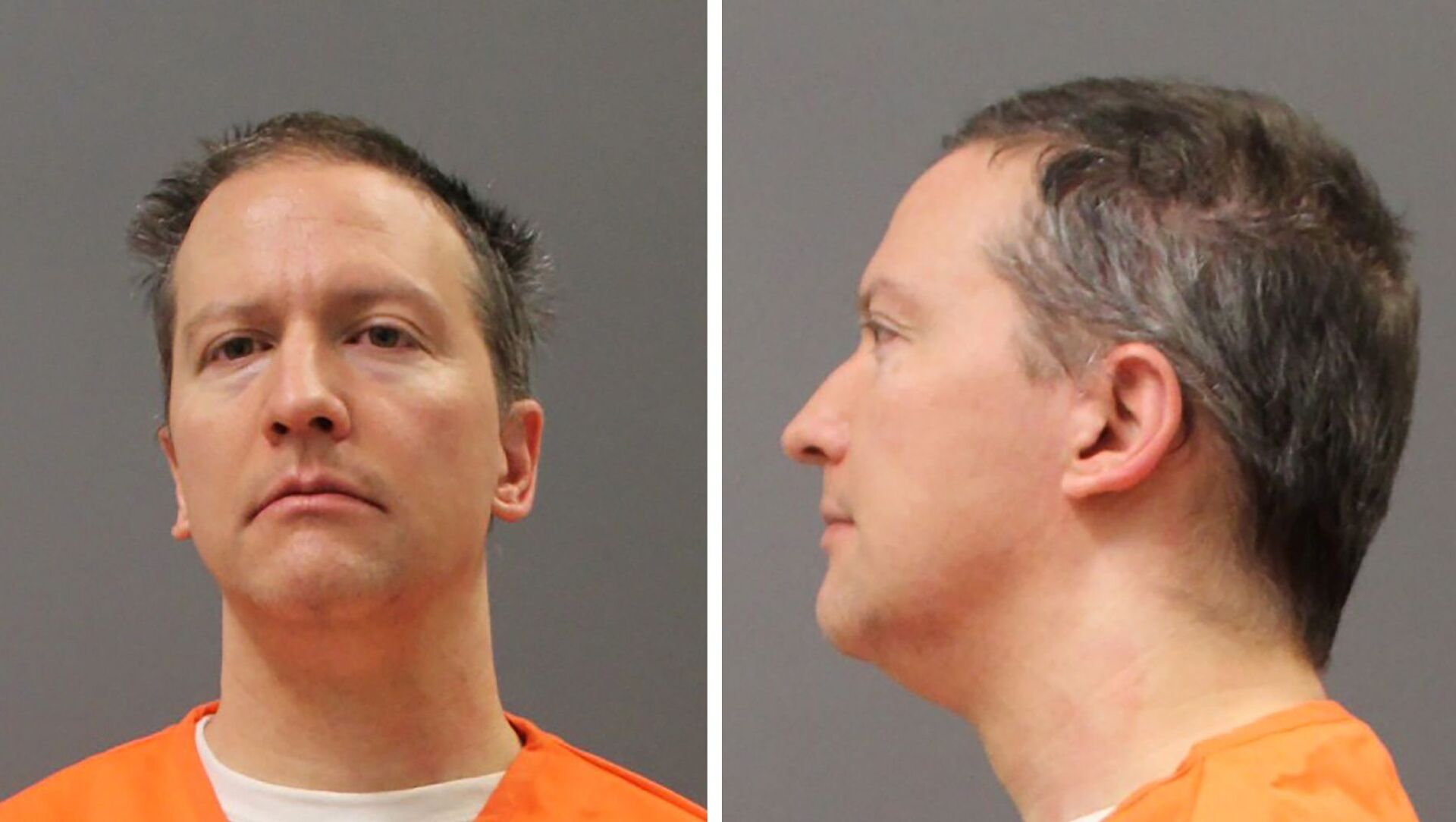 Alexandra Kashirina
All materialsWrite to the author
Ex-police officer Derek Chauvin, who killed Minnesota resident George Floyd by asphyxiating him with his knee, was convicted this week as charged. The former cop could see up to 40 years behind bars.

Ex-policeman Derek Chauvin could face new charges for an incident that occurred in 2017 involving a 14-year-old black teen, who was also held down with a knee, ABC News reported on Friday, citing an unnamed source.

According to the broadcaster, Minnesota attorneys, including prosecutor Matthew Frank, tried several months before Chauvin's trial to include video evidence depicting at least one of the now jailed policeman’s previous arrests, but the judge ultimately dismissed the motion.

Another allegedly brutal apprehension reportedly happened in September 2017, when Chauvin and his partner responded to a domestic battery call. A 14-year-old teenager was said to be assaulting his mother.

The footage from body camera allegedly shows that Chauvin hit the adolescent’s head after he refused to obey orders. The officer struck the teenager twice with a flashlight, holding him by the throat and applying a neck-hold before the teen fainted from lack of oxygen.

“Chauvin and [the other officer] placed [the teenager] in the prone position and handcuffed him behind his back while the teenager's mother pleaded with them not to kill her son and told her son to stop resisting. About a minute after going to the ground, the child began repeatedly telling the officers that he could not breathe, and his mother told Chauvin to take his knee off her son," Frank report says.

Chauvin reportedly removed his knee after eight minutes from teen's neck, holding him for other nine minutes with his knee on the teen's back. The boy had blood coming out of his ears and needed stitches for wounds on his head.

The Justice Department is currently probing the arrest, considering whether to place additional charges against Chauvin. Frank, commenting on the footage, said that “just like with Floyd, Chauvin used an unreasonable amount of force without regard for the need for that level of force or the victim's well-being.”