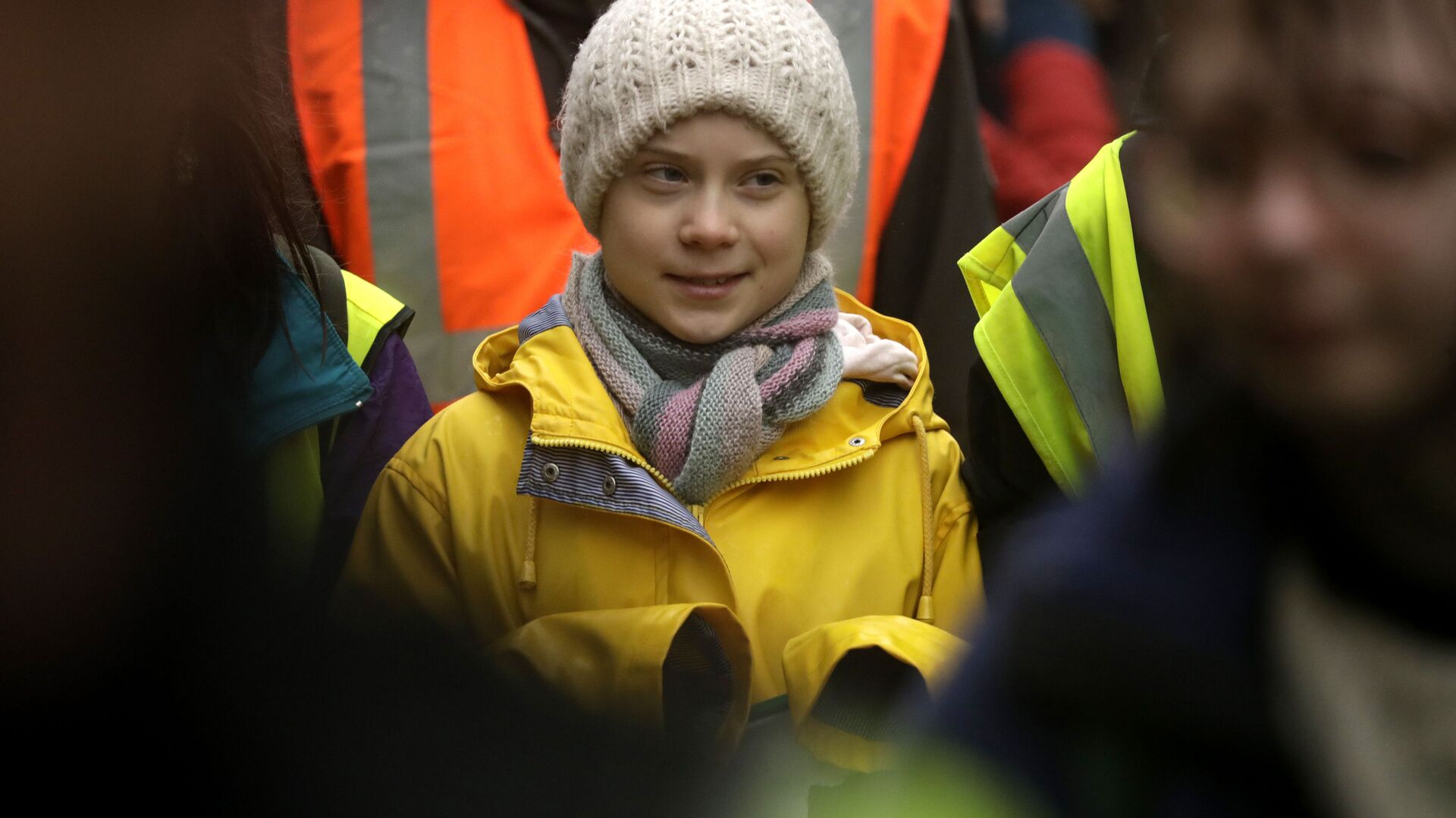 Max Gorbachev
All materialsWrite to the author
This is not the first time that the Swedish climate activist has poked fun at national leaders. Thunberg has repeatedly trolled former US President Donald Trump as well as former US secretary of the Treasury, Steven Mnuchin, after the two criticised her protest campaign.

Environmentalist Greta Thunberg has taken a jab at British Prime Minister Boris Johnson, UK media reported. The 18-year-old has changed her bio on Twitter in response to comments the politician made at a recent summit on the climate, which was attended by more than 40 leaders.

During his speech, Boris Johnson emphasised the importance of tackling climate change, which he said was about economic growth.

"It's vital for all of us to show that this is not all about some expensive, politically correct, green act of bunny hugging, or however you want to put it, there's nothing wrong with bunny hugging. What I'm driving at is this is about growth and jobs", the prime minister said.

Thunberg reportedly changed her status on Twitter from "seriously annoying climate and environmental activist with Asperger's" to "bunny hugger".

​The climate activist often takes a dig at world leaders, with former US President Donald Trump seemingly being her nemesis. She updated her bio on social media several times after the Republican criticised her doomsday predictions. Recently, she trolled the politician after he lost the 2020 presidential election.

Thunberg advised the Republican to "chill" and work on "anger management" in response to Trump’s claims that Democrat Joe Biden had stolen the election. The activist used the same words Trump once used to criticise her.

​The activist also poked fun at Vladimir Putin’s remark about her, changing her bio on Twitter to "a kind but poorly informed teenager".

Greta Thunberg rose to prominence in 2018 after she drew attention to the effects of climate change during her solo protests in front of the Swedish parliament. In 2019, she took a gap year to raise awareness about climate change. Her campaign gained worldwide attention, with millions of people across the world taking part in environmental protests.

The 18-year-old has also attended and spoken at major summits and conferences, including at the United Nations, where she berated world leaders for their lack of attention to the issue of pollution and climate change. Addressing the audience at the summit, Thunberg said:

Time Magazine named her the 2019 Person of the Year, while the Nobel Committee nominated her for the 2020 Nobel Peace Prize.