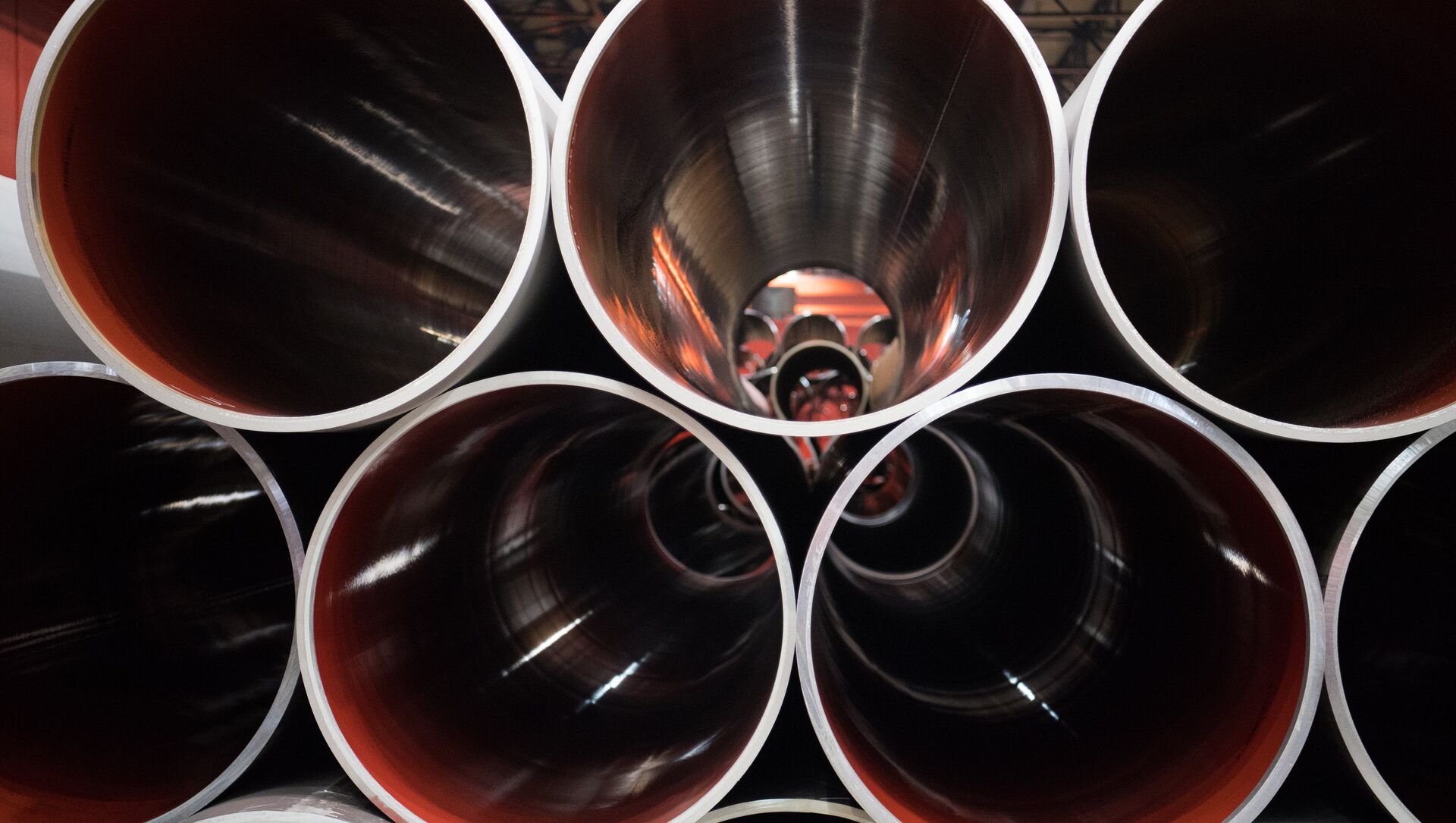 Ilya Tsukanov
All materialsWrite to the author
Earlier this year, former German Chancellor and Nord Stream AG board chairman Gerhard Schroeder stressed that the Nord Stream 2 gas pipeline project would help ensure Berlin’s energy security for “generations” to come, and urged Germany not to allow itself to be bullied by Washington on its energy policy.

Nord Stream 2 is a project of “existential” importance for Berlin, and is a kind of test case for determining whether Germany and other members of the European Union are capable of defending their own interests, Russian Foreign Ministry spokeswoman Maria Zakharova has said.

“This is an existential project for Germany. I have heard this from German representatives. I have read the analyses of German experts. They qualify this energy project as existential,” she said, speaking to RT Deutschland. “This is a business project, it’s not connected to politics, but to the internal development of Germany,” she added.

Commenting on the constant pressure on Germany to toe the US line, Zakharova said that Berlin must strive to pursue an independent policy. “If tomorrow the president of the United States of America – be it Biden, Obama, Trump or anyone else – orders Germany to stop breathing, will Germany listen? Or will it understand that it if is not going to breath it will not exist?” she asked.

This is a question not only for Germany, but for all of Europe, Zakharova argued. “Everyone avoids answering this question. But it is a fundamental one: to what extent, in today’s European Union, can each government retain the ability to defend its interests. What I see today, and what we observe together, is that the answer is negative.”

Nord Stream 2 is a $10.5 billion, 1,230 km-long dual pipeline project running from Vyborg, Russia to Greifswald, northeastern Germany along the bottom of the Baltic Sea. Once completed, it will be able to pump up to 55 billion cubic meters of gas per year to Central Europe, thereby doubling the capacity of the existing Nord Stream 1 network to 110 billion cubic meters per year, total. Along with Russia’s Gazprom, German energy companies Uniper and Wintershall, Austria’s OMV, France’s Engie and the Anglo-Dutch oil concern Shell are partners in the project.

Washington and its diehard allies in Europe, including Poland and the current government in Ukraine, have repeatedly tried to torpedo the project. In late 2019 and early 2021, US lawmakers slapped Nord Stream 2 with sanctions, prompting several European contractors, insurers and certification firms to drop out. Russia has promised to pick up the slack and use its own pipelaying resources to finish the remaining 5 percent of the pipeline left to build, with US efforts to sanction Russian ships seemingly having little impact on their construction activities.

Merkel Defends Nord Stream 2, Says EU-Level Disagreements on Pipeline Result of ‘Political Struggle’
German officials have consistently defended Nord Stream 2 as a purely economic endeavour in spite of US pressure, not only in the form of sanctions – but via attempts to use other disputes, - like the Navalny ‘poisoning’ saga, military tensions over Ukraine, etc. to get Berlin to halt construction. On Tuesday, Chancellor Angela Merkel again stepped out in defence of Nord Stream 2 and of Russian gas supplies in general, saying she was perfectly aware that the conflict surrounding the pipeline was part of a broader “political struggle.”

Earlier this year, former Chancellor Gerhard Schroeder stressed that the United States should not be able to “dictate” Germany’s energy policy, and suggested that Washington’s interest was about selling its own “expensive and poorer quality” fracking-derived gas.

Germany is the industrial powerhouse of Europe, and as such, requires vast quantities of energy to meet growing industrial and household consumer demand. Demand has grown considerably amid the country’s move away from coal and nuclear power, with natural gas seen as a clean alternative. Efforts have also reportedly been made to make Nord Stream 2 future proof, with the pipeline said to be capable of pumping clean hydrogen – seen as a prospective fuel of the future, in addition to natural gas.

With Europe’s combined demand for natural gas expected to grow by as much to 40 percent through the year 2040, some analysts even predict that a Nord Stream 3 may be necessary to meet demand.