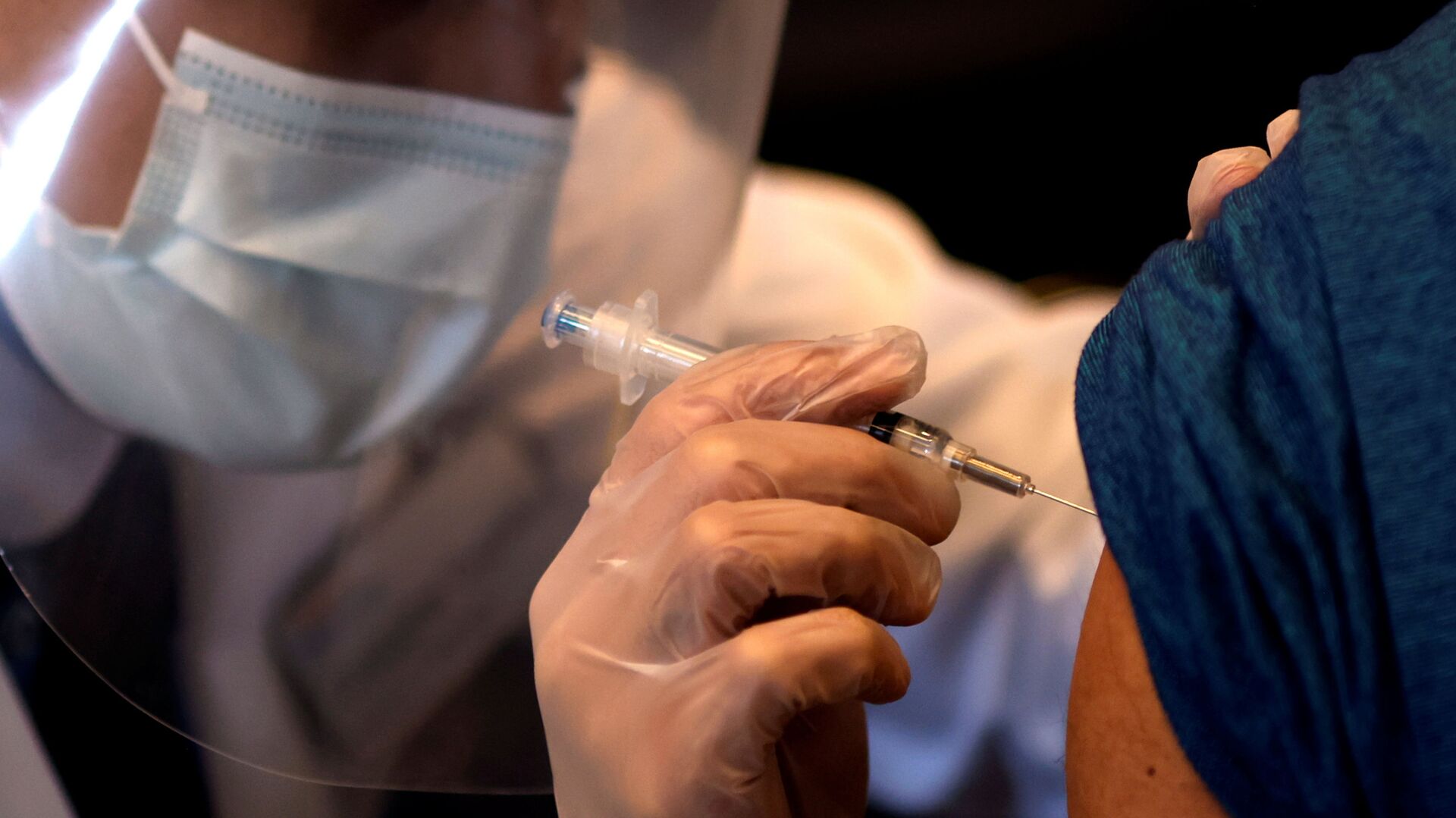 Finian Cunningham
All materials
US President Joe Biden this week hailed his target of administering 200 million doses of Covid-19 vaccine within 100 days of taking office. But Biden’s apparent success in rolling out vaccination may only offer his nation short-lived protection from the coronavirus.

That’s because the American strategy may be described as “vaccine nationalism” – that is, the imperative to vaccinate all US citizens before contributing to international efforts to immunize all nations. The lack of international effort is, in turn, a hostage of Cold War mentality toward China and Russia.

The gaping disparity between on the one hand the United States and other so-called rich nations and on the other hand the majority of low-income countries is causing observers to condemn “vaccine apartheid” and “vaccine inequity”. Whereas the United States can claim up to 50 percent of its population has received at least one dose of a Covid vaccine, in many other parts of the world the percentage of the population immunized is only a fraction.

The US, Britain, and other so-called developed nations stand accused of hoarding vaccine supplies beyond what their own populations need in order to be fully covered. This largely explains why the United Nations’ COVAX program to assist the international distribution of vaccines has so far failed miserably.

Vaccine Diplomacy or How Big Players Can Assert Influence on World's Poorest Nations
A more ethical and medically feasible strategy would be for all nations to work in a concerted way to ensure the global population is advanced together with protective cover. The watchword: no nation is safe until all are safe.

Look at the cases of India and Brazil. Those countries are seeing rampant outbreaks of Covid-19 from new virulent strains. Hospitals are overwhelmed and crematoria can’t cope with the bodies piling up. The longer the disease persists from lack of vaccination the more new outbreaks will erupt. This will come back to haunt everywhere on the planet, including those nations like the US where vaccination has been so far relatively successful. The perplexing unknowns are: how long can existing vaccines provide protection for, and can they work against new virulent mutations of the disease? It could turn out that the US’ seeming success at immunization is only a temporary respite from the pandemic.

Apart from lacking political will, several other factors militate against an internationalist approach to fighting the pandemic. 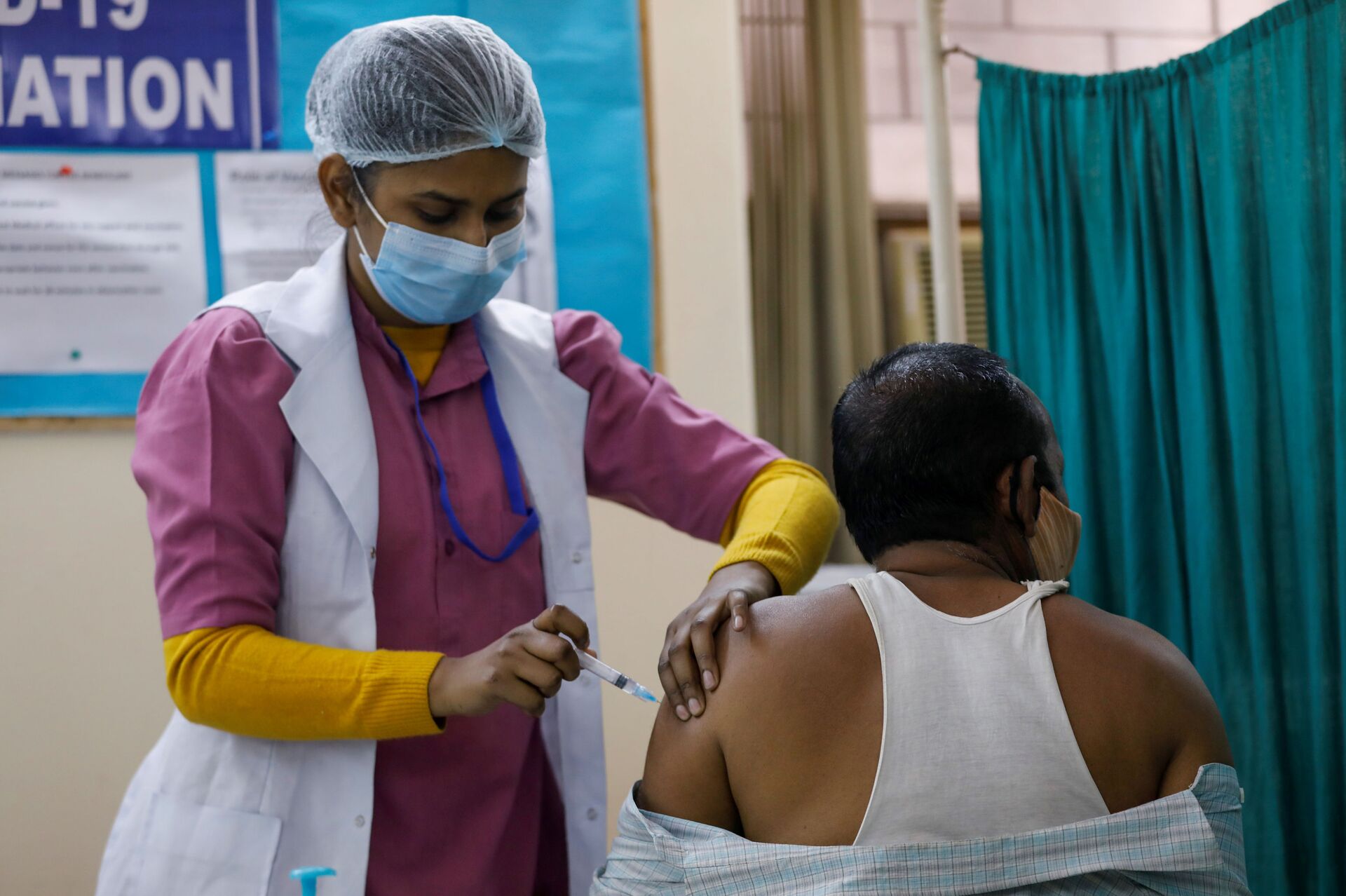 A big factor is a constraint from corporate capitalism. The jabs innovated by the United States, including Moderna, Pfizer-BioNTech, Novavax, are expensive and unaffordable for wide distribution in poor nations. There are also technical problems with storage and transport given the requirements for sub-zero temperature preservation of the pharmaceuticals.

Another problem is the intellectual property rights of private Pharma companies. Poorer nations are calling on Western companies to waiver property rights so that the jabs can be manufactured generically and locally. The United States and other Western governments have refused to grant such waivers in order to protect the profits of their companies, even though public money was crucial in supporting the rapid development of Covid vaccines.

Still another problem is the lack of public trust in the safety of some vaccines. The Oxford-AstraZeneca and Johnson & Johnson vaccines have been hampered by concerns over blood-clotting side-effects which can result in deaths. While European regulators have said the risk is minimal, and that the benefits far outweigh any harmful side effects, nevertheless several countries have discontinued using these jabs. The lack of public trust leads to lower uptake in vaccination which delays defeating the pandemic and thus all the deleterious repercussions, from new mutations to socially crushing lockdowns.

This then raises the question: why not enlist the vaccines manufactured by China and Russia in a collective global campaign to eradicate the pandemic?

China & Russia Vaccines Defeat Cold War Virus
China has at least two vaccines available: Sinovac and Sinopharm with several others also being tested. Russia has produced Sputnik V. These three vaccines have been given approval in about 70 countries so far, including European states which are dissatisfied by the slow rollout overseen by the European Union.

The Chinese and Russian vaccines have been shown in trials to be highly effective in preventing hospitalizations and deaths among symptomatic cases. There are no major concerns about safety issues from side effects. Moreover, unlike Western counterparts, they are relatively cheap to deliver and store.

China and Russia have also supplied some countries with free deliveries based on humanitarian concerns and have agreed to local production arrangements.

This accounts for why so many countries around the world have taken up the Chinese and Russian vaccines compared with Western jabs. The World Health Organization is expected to give Emergency Use Listing to Sinovac, Sinopharm, and Sputnik V in the coming weeks. (Why it hasn’t done so already is a good question, while having granted authorization to the Moderna, Pfizer, and Johnson & Johnson drugs.)

When the WHO gives authorization to the Chinese and Russian jabs, it can be anticipated that the global uptake of these vaccines will greatly increase.

China has achieved a vaccine rollout of nearly 200 million doses in its own population comparable to the United States. Although with more than four times the population, China has still more to do in order to reach full protection. However, unlike the US, China has supplied an equal number of doses to dozens of other nations.

Washington and its Western allies have deprecated Chinese and Russian efforts as “vaccine diplomacy”, insinuating that Beijing and Moscow are using the pandemic to gain a soft-power advantage. This view is cynical and contemptible. The inability to think beyond Cold War-style hostility is literally making the world a sick place.

China and Russia understand that the best and most ethical way to defeat the pandemic is through vaccine internationalism, solidarity, and humanitarianism. No country is safe until all are safe.

By contrast, the United States and its Western allies are acting with narrow self-interest which is prolonging the pandemic, increasing deaths worldwide, and, ultimately, self-defeating.