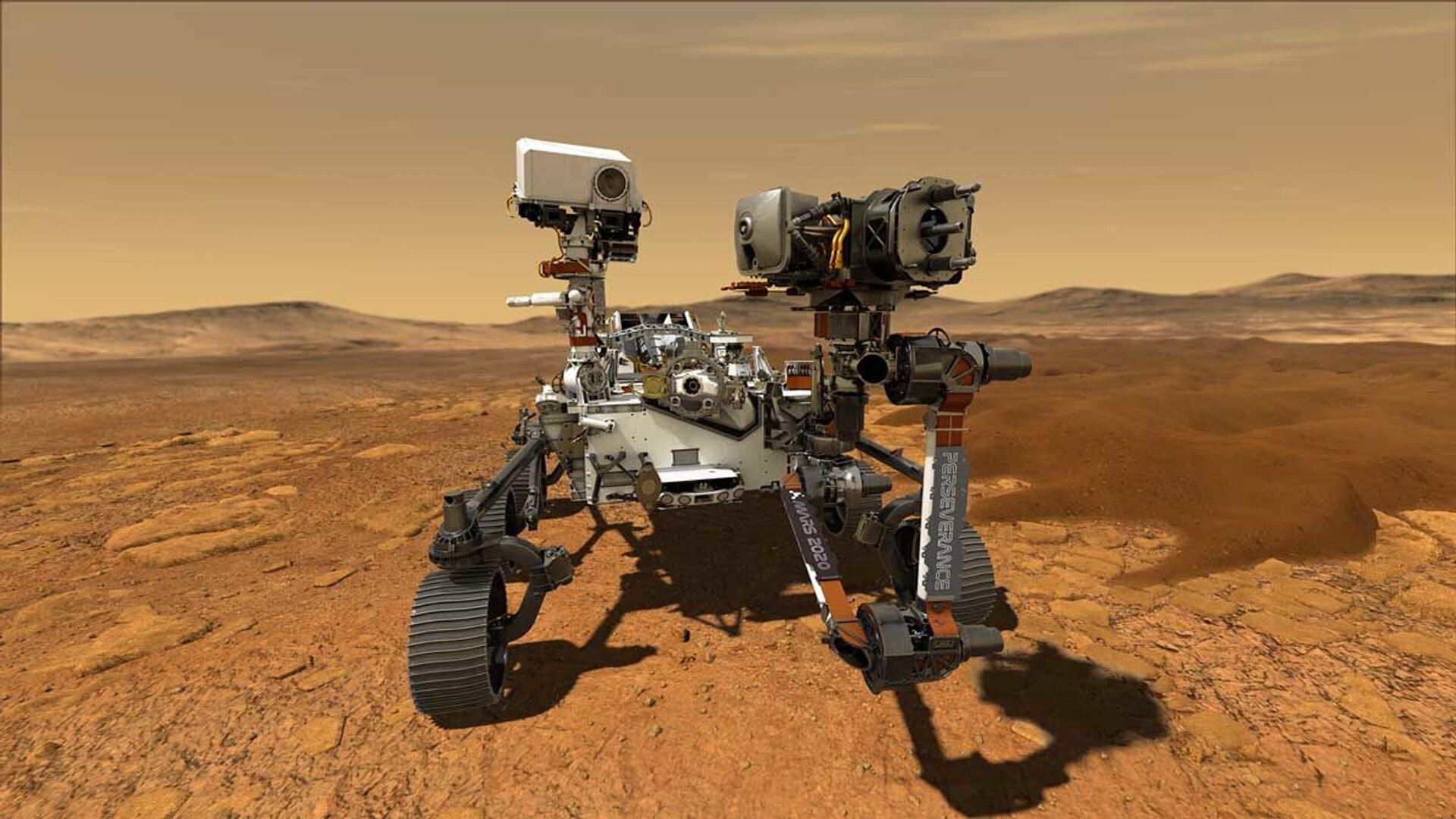 © NASA
Subscribe
International
India
Africa
Andrei Dergalin
All materialsWrite to the author
The new technology may eventually help not only produce breathable air for a manned mission to Mars, but also help make rocket fuel on site for a return trip to Earth.

NASA’s Mars 2020 mission, which has already achieved the first controlled, powered flight conducted on another planet, has recorded yet another first accomplished beyond our world.

Upon its activation, the so-called Mars Oxygen In-Situ Resource Utilisation Experiment (MOXIE) instrument – mounted on the Perseverance rover – produced five grams of oxygen from carbon dioxide in the Martian atmosphere via electrolysis, with Reuters describing it as "the first experimental extraction of natural resources from the environment of another planet for direct use by humans."

Trudy Kortes, director of technology demonstrations at NASA's Space Technology Mission Directorate, said in a statement that "MOXIE isn't just the first instrument to produce oxygen on another world," arguing that such technology may help future missions to other planets to "live off the land."

The new tech may one day help supply oxygen to a manned return mission to Mars.

NASA estimates that getting four astronauts off Mars would require seven metric tonnes of rocket fuel combined with 25 metric tons of oxygen. MOXIE Principal Investigator Michael Hecht from the Massachusetts Institute of Technology (MIT) remarked that ferrying a one-tonne oxygen-conversion machine to the Red Planet would be more practical than transporting such large quantities of oxygen.

With MOXIE designed to produce up to 10 grams of oxygen per hour as proof of concept, the scientists now intend to run the device at least nine more times under different conditions and speeds over the next two years.